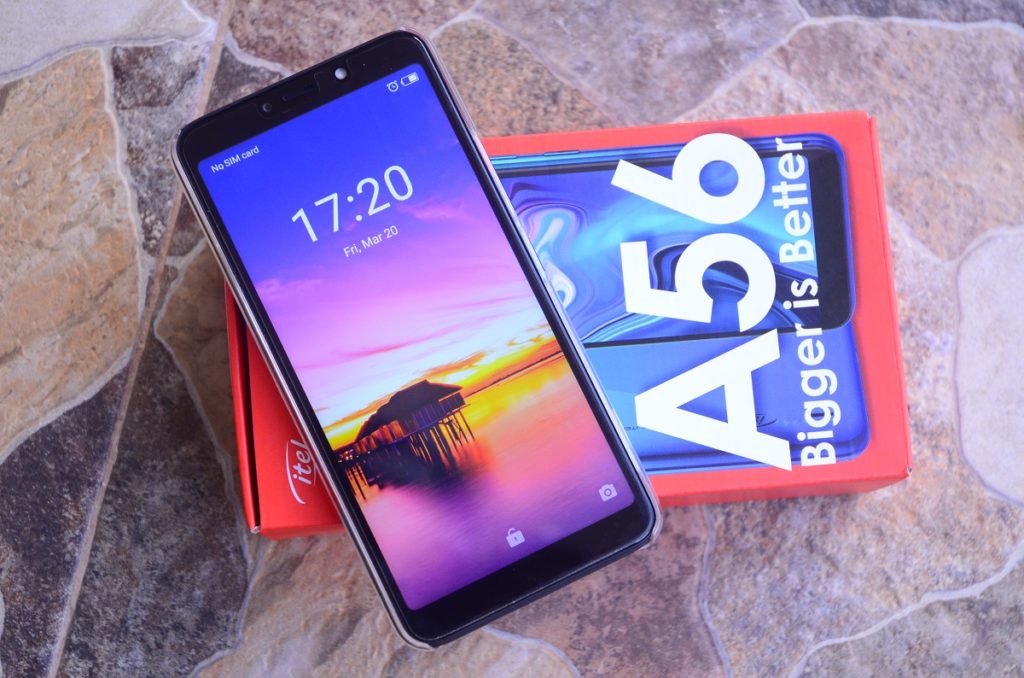 itel has made a name for itself by selling entry-level smartphones with promising hardware at prices everyone can afford. The company recently launched the itel A56 to replace the A55, and it has indeed managed to shake the industry up.

The itel A56 starts at UGX 239,000 and sports decent specifications enough for you to purchase yourself one. Are you wondering whether the device is good enough for the money? We reviewed the phone and can give you a dose of what it is like.

It is evident that many manufacturers do not put focus on design so as to keep prices down while maintaining a good performance. The itel A56 is a lot different, as it sets another trend in the A-series. Of course, like the other entry-level phones, it is built out of plastic but the build is unique and instantly captures the eye.

It sports a big 6.0-inch screen that makes everything easy to do on your phone. From reading, writing, watching videos, to playing video games, name it! The Itel A56 doesn’t disappoint at all. Our review unit came with a pre-applied screen protector. We found it comfortable to hold in the hand thanks to its frame. 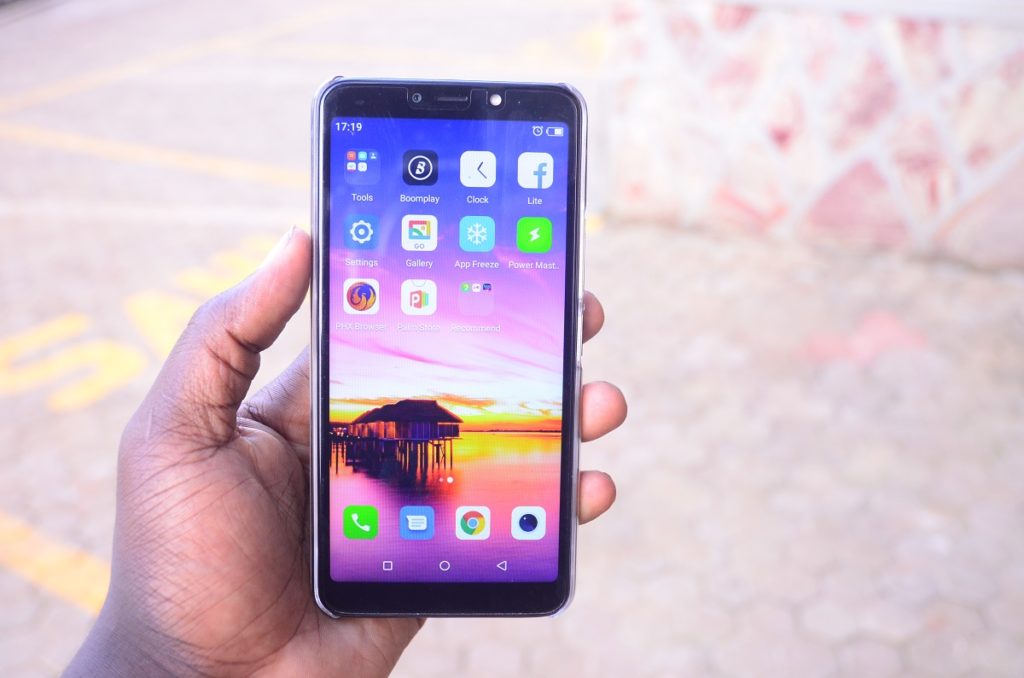 The itel A56 comes with a 2.5D slight curvature at the edge of the display, also known as a contoured edge. The phone is a perfect fit in pockets, making you feel that safety you deserve away from theft and misplacement. We found the design quality of the Itel A56 to be good, and it did not pick up scratches during our time with it.

It comes with a dual cam setup on the rear, something to fall for on any modern smartphone, as well as a really bright front selfie camera. In simple terms, having a single camera phone is no longer a deal to anyone. The primary sensor is 8-megapixel alongside a 0.3-megapixel secondary sensor and a single LED flash. At the front, you are getting a 5 megapixel sensor along with a single LED flash. 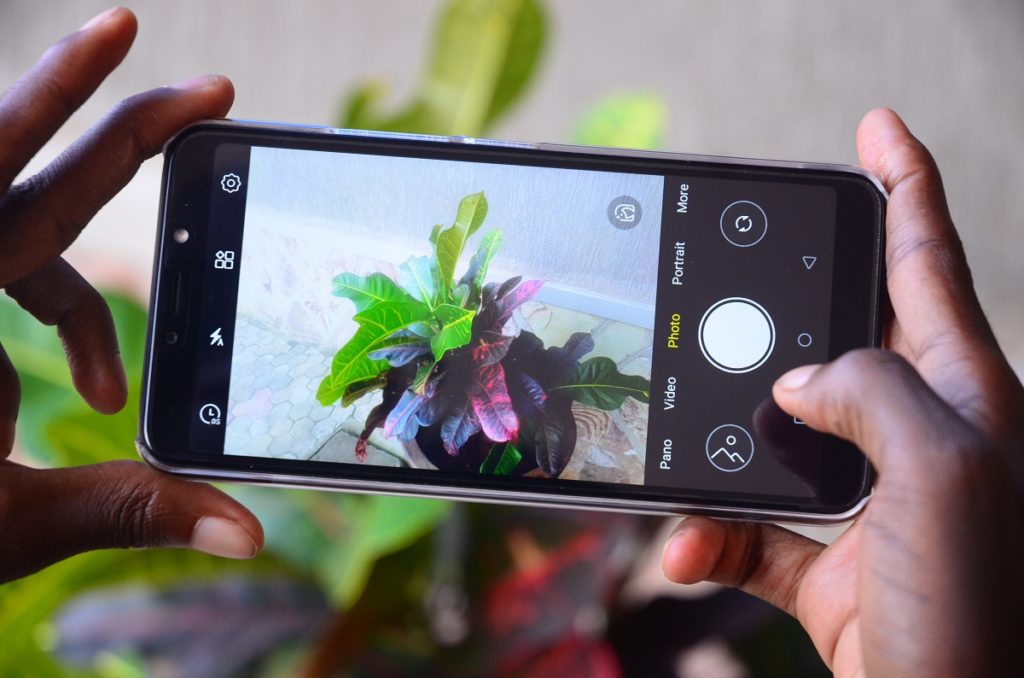 The photos taken with the A56 requires some keen interest from the photographer themselves and if you are a good one, you can be sure of amazing results regardless of the pixel quality.

Itel A56 software and performance

The Itel A56 being a budget phone offers modest specs. It is powered by the Spreadtrum SC7731E SoC, which is a quad-core processor with Cortex-A7 cores, and is built using a 32nm manufacturing process. Along this comes the ARM Mali T820 MP1, 1GB of RAM and a 16GB internal storage, expandable up to 64 GB via microSD card.

Itel packs a 4000mAh battery inside the A56, and the phone ships with a dual-SIM support. Unfortunately, there is no support for 4G. The phone runs the Go Edition of Android 9 Pie and it has a fingerprint sensor at the back for ordinary security. There is also a face unlock feature that is safe and convenient, as it prevents thieves from stealing your information. 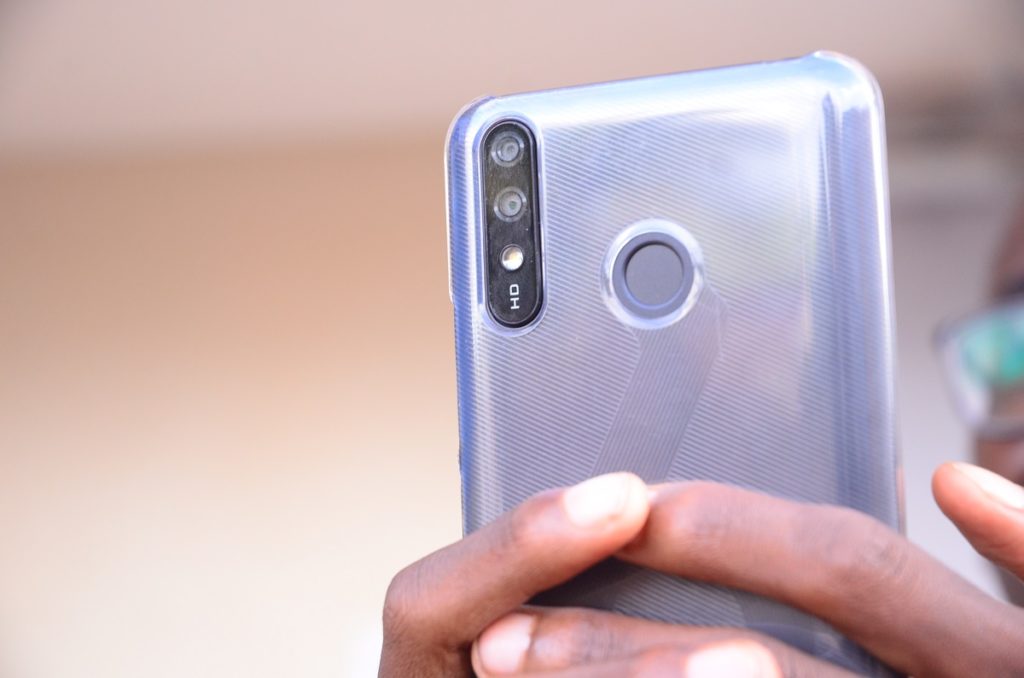 At a starting price of UGX 239,000, the Itel A56 offers powerful enough hardware and good battery life, as well as up-to-date software. We usually see smartphones with weaker processors and outdated software at this price point, but Itel has fixed that with the A56. The lack of 4G is one aspect of this phone that needs improvement but we can excuse its quality at this price.

Go for it, upgrade and get yourself one.

itel A56 price and availability in Uganda

The itel A56 goes for UGX 239,000 at itel branded shops countrywide. Also, customers can utilize the partnership that the manufacturers have with Airtel Uganda to buy the phone from Airtel shops and stores. The phone comes with 3GB of data, and a customer gets to enjoy 100% data bonus whenever they load data for the next 3 months.