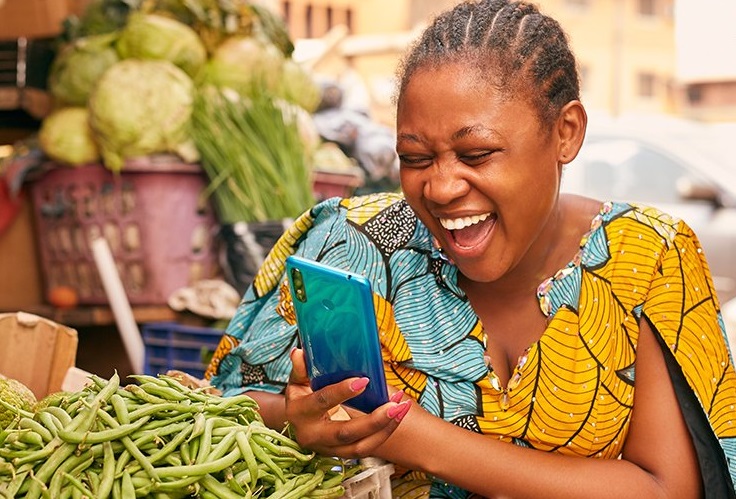 itel Uganda has officially unveiled its latest Android Go smartphone, the itel A56. Coming in line after the A55, the new phone is presentable with attractive features you would hardly get on a smartphone priced under UGX 250K on the market.

The itel A56 is big! It comes with a 6″ IPS display – the company’s first device with a 6-inch screen – and this can offer enough screen area for you to watch videos, surf the web and even enjoy all your social media. The screen resolution though is low on this one, given the entry-level status as it’s of 960 by 400 pixels.

The phone comes in two colour choices. You can take wither of Gradation Blue or Black. This makes the back look cool with the colour gradient on it.

For the camera lovers, the new A56 has three AI-powered cameras. These include a 5MP selfie cam and a dual rear array of an 8MP and a VGA camera with both cameras featuring LED flash to cater for low light photography. You should expect modes such as HDR, Portrait and Beauty mode.

The phone is powered by a 1.3Ghz quad-core chip coupled with 1GB of RAM and 16GB of internal storage. There’s also an option to expand the storage by using an external microSD card up to 32GB. The itel A56 runs on Android 9 Pie Go edition with pre-installed apps to cushion any performance issues.

itel A56 hold in it a non-removable 4000mAh battery, a headphone jack and a rear fingerprint sensor coupled with Face unlock for biometrics. It supports 3G and 2G networks.

itel A56 price and availability in Uganda

The itel A56 goes for UGX 239,000 at itel branded shops countrywide. Also, customers can utilize the partnership that the manufacturers have with Airtel Uganda to buy the phone from Airtel shops and stores. The phone comes with 3GB of data, and a customer gets to enjoy 100% data bonus whenever they load data for the next 3 months.