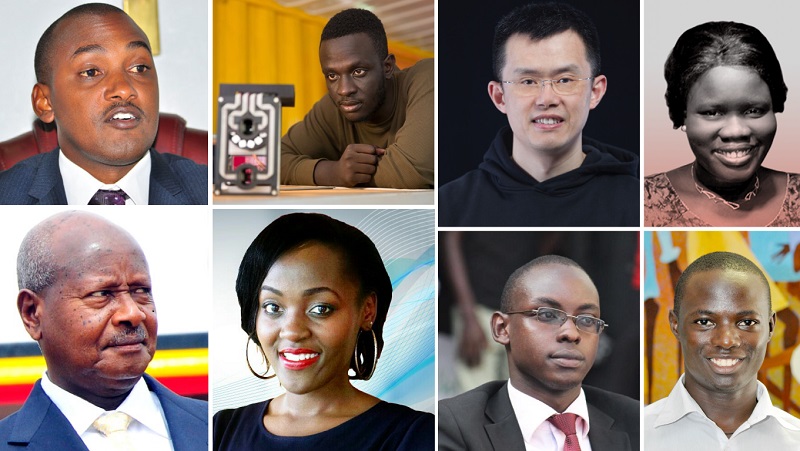 On Saturday we ended what, for now, we might say is the most dramatic month in technology for the first half of this year. June was a binary month, with a lot of positives and some negatives. Multiple Ugandan startups won powerful awards and others have been nominated, the government increased the ICT budget and recently we saw Binance, the world’s biggest crypto exchange launch in Uganda among others as you will find out from this piece.

For the negatives, some are hard to completely judge on since what might be good for some might be bad for the other group; for instance, the taxes that were recently slapped on social media and mobile money; while some people are against them, government says they are good for improving revenue and developing internet infrastructure.

This past week, on June 26, 2018, three Ugandan innovators were among the 68 exceptional young people from Commonwealth countries that were recognized for their impactful works in society by Her Majesty the Queen of England at the Buckingham Palace.

These Ugandans were Basil Mwotta Biddemu, Elizabeth Kasujja and Stephen Katende.  The Queen’s Young Leader Award identifies recognizes and celebrates outstanding young people transforming lives in their communities from Commonwealth countries through their skills. Through this project, these young people receive training and mentorship in order to help them expand their innovations.

Basil Mwotta Biddemu is the founder of AgroDuuka an internet and SMS platform which provides intel on market prices of farm produce to farmers within their region. It also connects farmers to clients creating a ready marketplace for their produce.

Elizabeth Kasujja is a health advocate and a student currently doing a diploma in Psychology. Through a program dubbed “Clear Yo Mind”, Kasuja hopes to tackle the challenges associated with mental health.

Clear Yo mind is a secure online platform where people can express their feelings, emotions, psychological issues and get assistance from professionals.

Stephen Katende founded Kisoboka Africa, a school community bank that offers support to parents. The bank operates in Lyantonde and Lwengo districts, encouraging parents to save and invest in children’s education. The banks also offer loans to these parents to support their children’s education. The program has involved 150 parents in two schools, helping over 400 children to stay in school.

The Queen now presents the 2018 #QueensYoungLeaders with their medals.

This year 61 exceptional young people from across the Commonwealth are @QueensLeaders. pic.twitter.com/SU3LQEH5C8

Elizabeth Nyeko, 34, a Ugandan innovator was recognized by Massachusetts Institute of Technology for her project dubbed Modularity Grid, which is an energy solution for rural communities in Africa, with an aiming of making grids more efficient everywhere.

The world’s largest crypto exchange opened its operations in the country this past week, fulfilling an earlier promise the owner of Binance had made to President Yoweri Museveni. Binance hopes to build the largest cryptocurrency exchange branch for Africa in Uganda.

SautiTech talked to Uber’s Country Manager in an exclusive interview, and he revealed their future plans and what the ride-sharing service has so far accomplished from its investment in the boda-boda industry and car taxis.

Uganda received good news in June after four of her innovators were listed among the 90 Africans that featured in the 2018 Forbes Africa 30 under 30 cohort.

SautiTech, in an exclusive interview with Uber Uganda’s country team leader, confirmed that the app will be rolling out its e-food delivery services in Uganda.

That is not the only thing; Uber also rolled out some new promotions which you can also learn about from here.

At the beginning of June, homegrown app, SafeBoda, unleashed a new promotion that prompted many to think that it could be trying to destroy Taxify’s market share.

Kenya’s homegrown e-hailing app sold a huge stake of its start-up, and, according to officials, they want to use the funds to extend their footprint in Sub-Saharan Africa.

The e-hailing service is the biggest in Kenya, and they recently launched in Uganda.

A new boda-boda hailing service was launched in Uganda in June, a move that could be seen by many as increased competition and uncertainty in the ride-sharing industry. SautiTech did an analysis after an extended interview with Dial Jack.

A 24-year-old innovator named Brian Gitta on Wednesday recorded a huge milestone after becoming the first Ugandan to win the Africa Prize for Engineering Innovation that was hosted by Kenya.

Gitta bagged Shs124 million for developing Matibabu, a system that helps one conduct a malaria test without taking a blood sample.

With articles from popular media houses like BBC and mentions by renowned authors like James Hall, Gitta and his team have now won global attention.

3 Ugandan start-ups battle with 20 others in SBC

Three Ugandan start-ups including two fintechs have been selected among the twenty-two applicants that will face off in the last phase to pick top ten projects that will participate in this year’s Startupbootcamp(SBC) Cape Town.

On Monday of this week, we profiled Ronald Katamba, one of Uganda’s most ambitious techpreneurs, who has done a lot of work to enhance the training of young-stars in emerging technologies like the Internet of Things and soft skills.

An agricultural technology solution named Tifat has become yet another startup — after Matibabu and Innovex, that will be raising the Ugandan flag at a continental technology event.

Developed to link farmers to buyers, Tifat will be representing Uganda in DEMO Africa’s regional competition. This came after its developers won a two-round contest at a DEMO Africa tour held at Hive Collab in Kampala.

The taxes on social media and mobile money were on the last day on June finally announced by telecoms, prompting divided discussions across multiple platforms. Efforts are still ongoing to block the taxes and government is also tasking telecoms to employ more sophisticated means in effecting the project.

The communications regulator said that they are going to crack an extensive whip, targeting broadcasters that permit content that promotes hatred and violence. UCC, to enable Ugandans understand electronic media rules, they highlighted most of them.

The government in June embarked on the process to develop a unique product identification code for Uganda to help in marketing local products on the international market. The National Information Technology Authority also announced that it is planning to roll out a single data point for the whole country to ease the process of identification and other e-processes.

Telecommunications company MTN Uganda at the beginning of June got entangled in a social media storm after one of its clients was perturbed by some of its mobile money service policies.

The issue, which even attracted the attention of the communications regulator, started drawing a ray of hope when Dr. Busingye Kabumba announced that the dialogue between him and MTN officials, including the company’s chief executive officer, Wim Vanhellepute had kicked off.

Airtel unveils 3G across the country

Telecommunications company Airtel Uganda say they now have the third-generation cellular network in all districts across the country. This, however, has been dismissed by some internet users who say that even the voice network is barely accessible in some upcountry areas.

It should be noted that Airtel Uganda also has the widest 4G network reach of all the internet service providers in the country.

The United States of America government through its agency, The Overseas Private Investment Corporation (OPIC), lent a huge sum of money to telecommunications company Africell to support the upgrade and expansion of mobile telecommunications networks in its branches across Africa. Africell Holdings currently operates in four states in Africa, including Uganda.

Innovators at Makerere University led by a visiting tutor Prof William Kisaalita, who is based at the University of Georgia in the USA have rolled out a milk cooling machine which is now being used by both urban and upcountry farmers across the country.

During the State of the Nation Address on Wednesday, President Yoweri Museveni said that, of the four sectors (industry, services, agriculture and ICT), the ICT sector registered the highest growth, a reflection of the country’s effort to accelerate the sector, according to the president.

President Museveni, at the same event, said that more support towards the sector would be revealed in the coming days by the relevant ministers.

Innovators in Kampala have developed a machine that helps poultry farmers to produce food for their chicken in a short time. We did a feature story about it.

In the wake of the death of the lawmaker Ibrahim Abiriga, who was allegedly shot dead by goons riding on a motorcycle, President Yoweri Museveni proposed that government introduces a law that tasks all vehicle owners to acquire location tracking devices. With GPS trackers attached to vehicles, Museveni reasoned, authorities can always track movements, reducing on chances of such criminal elements evading arrest.

But the proposal has already received opposing views, with many citing breaches of privacy. According to opponents of the idea, Uganda has no clear laws on protection of privacy rights and thus people can’t be sure about what government could do with their data.

We can only wait to see how the government will push on with the project, given there are a ton of other ideas that have been mentioned before, regarding enhancing surveillance and security but most of them never see the light of day.

Roundup: what you missed in technology this week

Recap: Major tech stories you could have missed this week