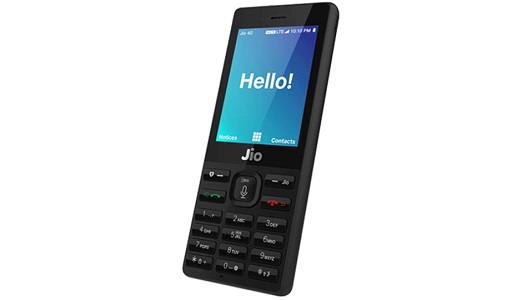 KaiOS Technologies, a company that develops KaiOS, an operating system optimized for smart feature phones has established strategic partnerships that could significantly propel the usage of social media in emerging markets.

KaiOS which is entirely based on web technologies (e.g., HTML5, CSS, JavaScript) allows phones with a keypad, screen size as small as 3 inches and a memory 256MBs to run a number of functions including Wi-Fi, GPS, and Near-filed communication.

By securing partnerships with companies like Twitter, Facebook and Google, engineers at these companies have helped optimize their apps to operate efficiently in such a small phone which is sold at affordable prices, making it easier for people who can’t afford smartphones to also use social media and access other online services.

For instance, with Google’s Voice Assistant, people using KaiOS-powered smart feature phones can easily make commands, without having to navigate the phone by pressing buttons.

Engineers at Twitter say they’ve modified functionality in some of the KaiOS-powered smart feature phones like the Nokia 8110 4G by programming some of the softkeys to perform multiple functions.

“For example, on the Nokia phone, there was no way to get out of the app because it doesn’t have the End button, it only has a dual function Back button,” says Zero Cho, a software engineer at Twitter. To solve this, Cho told App Developer Magazine, they added functionality to the Back button where it will exit if you hold it for 500 milliseconds.

The developers at Twitter have also, using Progressive Web App (PWA), made it easy to add new action buttons or change their functionality in the future.

“The huge benefit of PWA is you get regular updates. You don’t have to update your app. When we launch features like Bookmarks, you don’t have to go look for them or wait for an update, you get them automatically,” says Jesar Shah, Product Manager at Twitter.

Speaking on the partnership between KaiOS and Twitter, Shah says: “One of our core values is reaching everyone on the planet.”

She adds: “There’s still a significant number of users that are on feature phones, and bringing 4G to these devices through KaiOS opens up so much more of what’s possible for those users.”

One of the key projects Facebook worked on with KaiOS was the production of the JioPhone.

It is the most selling KaiOS-powered smart feature phone so far. By November, more than 40 million units of this phone had been sold. Twitter has also tested its app on this phone.

In mid-November, KaiOS Technologies CEO Sebastien Codeville announced that the company was working on WhatsApp for devices powered by its operating system, including the new MTN 3G “smart feature phone” that will be introduced to the market in 2019.

This KaiOS-powered smart feature phone is the result of a partnership between MTN, China Mobile and Unisoc.

The phone, which is powered by the UNISOC SC7731EF, the first 3G smart chipset with up to 256MB RAM, also has GPS capabilities, supports Wi-Fi, Bluetooth connectivity and Google Assistant.

See: Four factors that determined the success of Tecno in Africa

In addition to the above, the phone has 2 cameras, as well as music and video streaming services and dual sim support. It is expected to cost between $20 and $25, making it affordable for many Africans.

Demand for feature phones on the rise

According to a recent report by Counterpoint, demand for the traditional feature phones has continued to rise despite the existence of the more customized smartphones.

The report says that in the third quarter of 2018, feature phone shipments contributed to 23% of the total handset shipments.

The demand is largely from the Middle East & Africa (MEA) where shipments of feature phones grew at a rate of 32%. India comes second in the usage of the feature phone.

Analysts say that the feature phone has remained popular due to its long battery life. In some of the emerging markets like Africa and India, infrastructure facilities like electricity are still not accessible to a sizable population.

In partnership with Google and WizPhone, an Indonesian phone manufacturer, KaiOS has produced the first-ever 4G smart feature phone in Indonesia – the WizPhone WP006.

The phone which will be retailing at USD7 starting next year comes equipped with 4G/LTE (thanks to Qualcomm MSM8905 chipset), Wi-Fi, Bluetooth, and GPS capabilities.

It will also have the Google Voice Assistant and other smart services, the KaiStore, camera(rear, 2MP; front-VGA), music and video streaming services, long battery life (1,800mAH) and dual-SIM support.

As of now, KaiOS runs on more than 50 million phones across North America, Asia, Europe, and Africa.

How to run two WhatsApp accounts on one phone

4 ways to restore deleted WhatsApp chats or files on Android