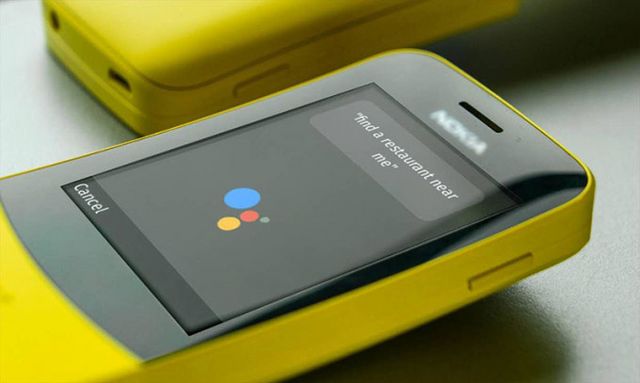 When you want to attract the attention of a particular market, you either bring to them what they (or you) think they want or what they really need under the prevailing situation.

While the first decision is based on hearsay and gut feelings, the second is informed by rigorous research.

Before founding Transsion, in 2o06, George Zhu had worked with another smartphone manufacturer that was selling phones to the African market.

After a decade of working with that company, he realized that his employer was missing something that he would exploit to become the biggest brand on the continent a few years later.

One of Transsion’s phones, Tecno, is now the most sold phone on the continent. And the company, which also makes other fast-growing brands like Itel and Infinix, has achieved this by establishing great partnerships and investing in research and development centers based in Nigeria, Kenya, Ethiopia, and China.

There is another company that also seems to be slowly understanding how the market to Africans.

The company is called KaiOS Technologies Inc. and its product is KaiOS, a Linux-based mobile operating system (OS).

The emergence of KaiOS has also brought into the smartphone business a new terminology called smart feature phone.

In a smart feature phone, you have a device that combines the functionality of a smartphone with the affordability and shape of a feature phone.

The first popular project of KaiOS on the continent was a recent collaboration with MTN Group and the Chinese chipmaker UNISOC to roll out a 3G smart feature phone.

The phone, which is powered by the UNISOC SC7731EF, the first 3G smart chipset with up to 256MB RAM, also has GPS capabilities, supports Wi-Fi, Bluetooth connectivity and Google Assistant.

In addition to the above, the phone has 2 cameras, as well as music and video streaming services and dual sim support. It is expected to cost between $20 and $25, making it affordable for many Africans.

After closing the deal with MTN Group, KaiOS Technologies also entered another agreement with Orange for another phone distribution deal which will kick off in 2019.

“Beginning 2019, Orange customers in Africa will have access to a new category of smart feature phones powered by KaiOS, the operating system from KaiOS Technologies, that is creating an emerging ecosystem of digital products and services at an affordable price,” reads a statement by Orange.

“In addition, customers will be able to use Google’s digital assistant – the Google Assistant – in French, English, and Arabic to help overcome language and literacy challenges.”

According to the statement, the duo will first launch a 3G smart feature phone, which will be followed by a 4G version.

With these two partnerships – one with the largest telecommunications company on the continent and the second with a telco that is present on one-third of the continent, it puts KaiOS in a position of success.

Aside from the partnerships that will help in marketing and distribution, KaiOS-powered phones will become an attraction to most budget phone buyers on the continent since they are affordable and have a greater user experience that the ordinary feature phones.

For instance, with a voice assistant button, you don’t have to constantly place a button to interact with and make commands on your device.

Telecom companies which have been struggling to maintain their older systems to support 2G which is the default generation of cellular technology for feature phones can now channel that money into building infrastructure for 4G and 5G.

At the launch of the 3G smart feature phone, on November 13, Rob Shuter, Group President and CEO of MTN, said: “As MTN, we are proud to be part of this partnership that supports our ambitions to deepen digital inclusion in our markets. This initiative contributes to the achievement of one of our key goals to provide affordable data enabled handsets to our customers, and by so doing, remove some of the barriers to mobile internet adoption in Africa.”

KaiOS over the years

KaiOS Technologies, based in San Diego, California and headed by CEO Sebastien Codeville, first had its operating system appear in Alcatel OneTouch Go Flip in 2017.

The most popular KaiOS-powered phone has been the JioPhone, which saw the operating system beat iOS to become the second most popular in India after Android in the first quarter of 2018, according to Device Atlas.

In the first quarter of 2018, reports indicated that more than 4o million phones running on KaiOS had been sold globally, with 100 million expected to be sold by the end of the year.

It is also worth noting that in 2017, the sales of feature phones which had been declining rose to 5% and over 45o million feature phones were sold in 2017, according to Counterpoint Research.

With the emergence of smart feature phones, this figure could keep rising since studies have shown that markets yearning for budget smartphones are increasing, especially in India, Africa, and Indonesia.

In June 2018, Google invested US$22 million in the operating system and the two companies have worked together in developing Google Assistant, Google Maps, YouTube and Google Search for KaiOS users.

Why everyone should get excited about foldable smartphones

Inside Google’s plans to promote greater digital access in Nigeria