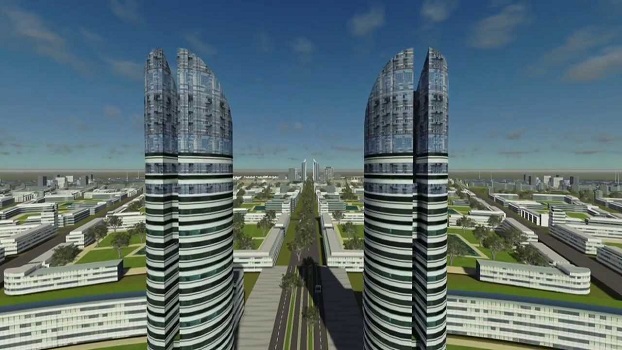 Kenya has received funding from Huawei for the building of a data center at Konza Technology City which is located approximately an hour’s drive from Nairobi.

The amount set aside for the development of the data center, as announced by President Uhuru Kenyatta of Kenya during his visit to China, is approximately $173 million.

In total, Kenya received funding of $666 million from China and this also includes the building of a highway.

“President Uhuru Kenyatta today witnessed the signing of two project delivery agreements totaling to Sh 67.5 billion through concessional financing and Public-Private Partnership (PPP). The projects include the Konza Data Centre and Smart Cities Project to be undertaken by Chinese telecommunications giant Huawei at a cost of Shs 17.5 billion and the construction of the Nairobi JKIA to James Gichuru expressway on a PPP arrangement by the China Road and Bridge Corporation for Shs 50 billion. The JKIA to James Gichuru expressway is a privately initiated project by a private Chinese company and is off the Government’s balance sheet. It will be the first of the new toll roads in Nairobi,” reads a statement from Kenya’s Office of the President.

Since then, many have criticized how the project to build a technology city, initially whose purpose was to “capture the growing global Business Processing Outsourcing and Information Technology Enabled Services (BPO/ITES) sectors in Kenya”, failed.

With Konza being part of what is termed Vision 2030, it is only now in 2019 that some real funding and developing regarding the project has been realized.

At the end of 2018, which Kenya’s government promised the city’s headquarters building would be complete, all that was visible as a sign of progress was an incomplete 8 story building.

“The Konza Data Centre and Smart City Facilities Project was conceived in 2017 by the Ministry of Information, Communications and Technology and Huawei, and entails the development of core ICT infrastructure which includes National Cloud Data Centre, Smart ICT Network, Public Safe City and Smart Traffic Solution, and Government Cloud and Enterprise Service. Konza Data Centre and Smart City Facilities Project is part of the Konza Techno City, a Vision 2030 flagship project started in 2008 and is aimed at developing technology-intensive and high-tech industries in ICT, biotechnology and e-commerce. Phase I of the project is estimated to create over 17,000 jobs and contribute an estimated Shs 90 billion to the Kenyan economy.”

It remains to be seen how quickly development will start and be completed now that Huawei is involved. It is also not clear what the terms of the funding entail.