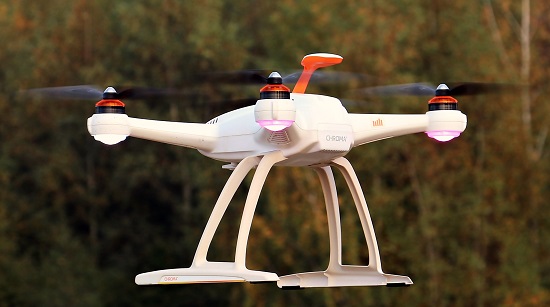 Many African countries are beginning to embrace the use of commercial drones to achieve service delivery.

In Rwanda, the drones are helping to transform the health care system by delivering blood to remote hospitals.

However, there is concern that lack of laws to regulate the sector is threatening the development of commercial drones in Africa.

This is because many African countries do not have any laws that govern how the sector can be managed.

For example, it’s only about 14 countries in Africa, including Rwanda and South Africa, that govern drone regulations.

Kenya’s efforts to put in place the necessary laws suffered a setback in July when Parliament refused to endorse the Remotely Piloted Aircraft Systems Regulations 2017, citing safety and privacy concerns.

See also: Uganda’s Natukunda to face off with professors in Shs700m innovation contest

Drones are still banned in Uganda and authorities have been impounding all imports of drones into the country,  though some private people have managed to sneak them into the country and use them mainly for photography.

Even in Rwanda, only daytime drone operations are allowed.

Permits for drones in Africa

Currently, many African countries, to obtain a permit for a drone service, you need to deal with multiple government bodies, at significant expense, with no ultimate certainty you will be granted your permit.

Besides, the lack of harmonization of drone regulations across African countries also poses a challenge.

For instance, in South Africa, the regulations consider that using an Unnamed Aerial Vehicle (UAV) for agricultural data-generation means that UAS (unnamed Aerial Systems) are used commercially and should be governed in the same manner as commercial manned aircraft.

This requires the operator to comply with a number of key steps, including, but not limited to (a) obtaining a remote pilot license, b) registering the aircraft.

And lastly, obtaining an air service license (ASL) from the Department of Transport and obtaining a remote operator’s certificate (ROC) from the South African Civil Aviation Authority.

In Nigeria, in May 2016, the government banned the unlicensed use of UAVs and stipulated guidelines for drone operators in Nigeria.

They also require operators to command a minimum share capital of N20 million (US$55,600 obtain security clearance from the National Security Agency, and submit a request for authorization to fly at least 6 months prior to intended drone use.

“A single person cannot comply with all the requirements, as these require a number of positions to be filled, such as quality assurance manager, flight operations manager, safety officer, and security officer, amongst others,” says Theophilus E Mlaki, an expert in drone technology in Kenya.

“The total cost to comply with the regulations exceeds $38,700) and takes over two years to complete,” he adds.

“Small drones are unmistakably different from aircraft in so many ways, yet they are considered as fully-fledged aircraft in most countries, which is perhaps the primary challenge impacting their governance.”

According to Sylvester Kayondo, a civil aviation expert and lawyer, many technology developers do not involve government at the initial stage of designing these technologies, which becomes a challenge when it comes to putting in place laws that govern them.

“The challenge we face when developing technologies in many countries in Africa is that we do not involve governments at early stages,” he says.

“We assume that most government bureaucrats will understand and absorb our technologies as soon as they are released. It takes time for governments to internalize technologies,” he adds.

“What we should do is to engage governments and their relevant departments, at early stages of technology development and trial, impressing upon their potentials in socioeconomic development.”

Ademola Ade, an expert within aerodrome technology at the UN, adds: “Policy changes to regulations usually take time and therefore don’t usually happen as fast as clicking a button to buy or fly a drone.

“So, till we can get such decision making to happen as fast as Tech innovations we may always have a challenge with tech-related policy and the government adaptiveness to new technologies.”

A report by the Association for Unmanned Vehicle Systems International in 2015 predicts that the legalization of commercial drones will create more than $80 billion in economic impact (such as revenue, job creation) between 2015 and 2025 and that precision agriculture will provide the biggest piece of that growth.

Uganda has the most expensive internet in East Africa – Report

How a startup plans to electrify Africa with cheap batteries