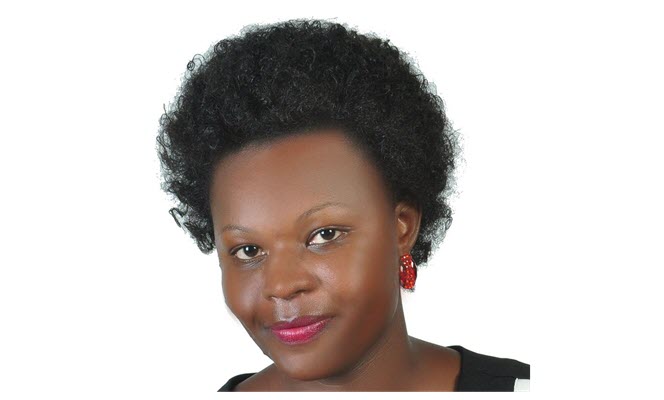 A few days ago, UCC, the communications regulator, posted a blog, giving insights into how the ICT sector in Uganda has transformed over the years.

The blog shows how Uganda moved from only two government entities (Makerere University and Ministry of Finance) owning one mini-computer each, in 1986, to the rollout of Celtel (now Airtel) in 1995, the same year that Starcom was unveiled as the first ISP (Internet Service Provider).

It is in 1997 when MTN Group rolled out its unit in Uganda, MTN Uganda, that things started fundamentally changing. 35000 wireless subscribers were signed up in less than a year, according to UCC, though the costs were high.

“The ICT sector has made 5% Contribution to total tax collections in the previous five years and in addition to tax revenues, the Commission has remitted Shs80 billion to the Consolidated fund between 2014/15 and 2017/18 despite zero budgetary allocations or withdraws. The projected Commission remittances to the Consolidated fund is expected to grow to Shs120 billion in the next four years.”

The GSMA Innovation Fund is ready to support eight agritech startups with grants of £220,000 each as long as they can prove that they can help in digitization of agricultural value chains with solutions that can improve smallholders’ financial inclusion, livelihood, and climate resilience.

The government of Germany through the G20 Compact With Africa initiative, launched under Germany’s G20 presidency in 2017 to promote investment in Africa, is committing €1bn to support African entrepreneurs.

Though it’s not clear when the distribution of funds will kick off, at least 12 African states will benefit. These are Benin, Togo, Ghana, Ivory Coast, Burkina Faso, Guinea, Senegal, Morocco, Tunisia, Egypt, Ethiopia, and Rwanda.

Eaton Towers Holdings, a leading independent pan-African tower company with offices in Jersey, London, Dubai and Cairo, which owns and operates more than 5,500 mobile telecom towers in Ghana, Uganda, Kenya, Burkina Faso, and Niger announced that it is to be acquired by American Tower Corporation (“ATC”) for a total of approximately $1.85 billion, subject to customary closing adjustments.

Minister of ICT and National Guidance Frank Tumwebaze on Wednesday inaugurated the boards of Uganda Broadcasting Corporation (UBC) and Uganda Post Limited (UPL) that were recently approved by the cabinet.

Some of the notable figures on the boards are Major Chris Magezi, a spokesperson for Lt Gen Muhoozi Kainerugaba, who is a senior presidential adviser for Special Operations.

Maj. Magezi is on the UBC eight-member board that is headed by James Rwehabura Tumusiime, who has previously served as deputy managing director at New Vision. He is also the founder of Fountain Publishers.

I have this morning inaugurated boards of @ubctvuganda & @PostaUganda to start off work. Congrats to all the members. Boards are mandated by law to govern, provide oversight, offer policy guidance & supervision on behalf of the minister to the respective statutory agencies pic.twitter.com/izmdo2uGMo

On the UPL board, which will be chaired by former Budiope Member of Parliament Suleiman Balyejusa Kirunda, is Lillian Aber, a senior presidential adviser on youth matters. It is a 7-member committee.

Makerere don gets a huge grant

Dr. Isaac Mugume, an Assistant Lecturer at Makerere University, is among 21 African scientists that are set to receive up to £100,000 (about Shs479 million) each to tackle climate change.

Dr. Mugume is attached to the Department of Geography, Geo-informatics and Climatic Sciences, College of Agricultural and Environmental Sciences (CAES).

According to Makerere University website, his “project will focus on the implications of the 1.5-2.0 degree Celsius to Uganda climate, agriculture and water nexus and will investigate the probable influence of this temperature limit on crop production and water needs including the influence on rainfall, humidity, winds, and cloudiness over Uganda.”

The website adds: “This study will contribute to the research profile of the Department of Geography, Geo-informatics and Climatic Sciences of Makerere University at the same time mentoring and supporting three graduate students carrying out research in areas of agriculture, hydrology, environment, and climate among others.”

President Yoweri Museveni has welcomed the idea of a Russian-Ugandan Intergovernmental Commission on Economic Scientific and Technological Cooperation saying it will boost industrial development in Uganda through the use of space technology in carrying out research.

While meeting a five-man delegation from the Russian-Uganda Intergovernmental Commission on Economic, Science and Technical Cooperation, President Museveni advised that efforts be put on research development in areas of mineral resources, environment, agriculture, land use, national parks as well as developing local human capital and monitoring utility networks among others.

The Russian ambassador to Uganda Alexander Polyakou Dmitrievich as well as Uganda’s Minister for Science, Technology and Innovation, Elioda Tumwesigye and other government officials also attended the meeting, which was held at State House Nakasero on Tuesday.

President Museveni also observed that the development of space science is fast advancing saying the country needs this technology to help in other special areas like frontier border security monitoring.

He said that the space science should also be extended to human resource capacity saying that human resource training being crucial should start right away.

He also noted that scientific detection, what he called ‘remote sensing’ of minerals beneath the earth, forests, wildlife and crops provide a complex of combined line of site like it has always been identified in telecommunication systems.