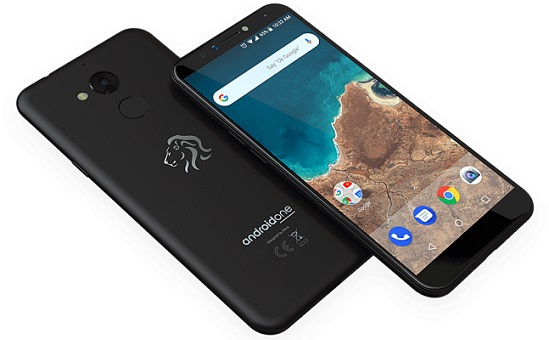 Mara Corporation unveiled its first smartphones (Mara X and Mara Z) to the market on Feb. 14, the day of Valentine’s.

Founded ‎by Ashish J. Thakkar, the firm had announced it would start selling the first African-made smartphones (also called Mara Phones) this year after setting up a factory in Durban, South Africa.

Another one will be built in Rwanda by the end of the first quarter of 2019.

According to an official statement, Mara X and Mara Z were launched under the Android One program by Google encompassing regular updates.

Both phones are powered by Android Oreo (8.1 for X and 8.0 for Z) and they support fingerprint technology.

Mara X, which is the cheapest (US$139) and more customized for an African user, comes with light versions of apps like YouTube Go, Gmail Go, Google Go, Maps Go.

Mara Z is currently trading at US$199.

Mara Corporation is selling the phones online and you can order for one. The company says delivery takes 3-5 working days and you can pay with a Visa or MasterCard or PayPal and they’ve partnered with DHL for distribution.

Below are some of the specifications of Mara X and Mara Z.

The Z is the flagship model, incorporating features like a 5.7inch HD plus display, an Octa-Core Processor, 3GB RAM, a fingerprint sensor, 13MP selfie camera with exceptional results and Dolby Audio 5+1.

The Z also packs a powerful battery, along with a quick charging configuration that allows it to get 50% worth of charge in just 30 minutes.

Being part of the Android one program, the Z will be eligible for two years of OS updates and three years’ worth of security updates.

The Mara X, on the other hand, integrates the Android Oreo Go edition, this operating software allows the phone to function smoother, better and faster.

It can help optimize up to 40% of data usage, thus helping you conserve around 600mb of data every single month.

Mara X comes with a 13MP back camera and the 5mp front cam.

Also includes a 5.5inch HD plus screen with 18:9 aspect ratio, a quad-core processor along with one gigabyte of ram and a 5000 mAh battery that makes the phone an endurance champion.