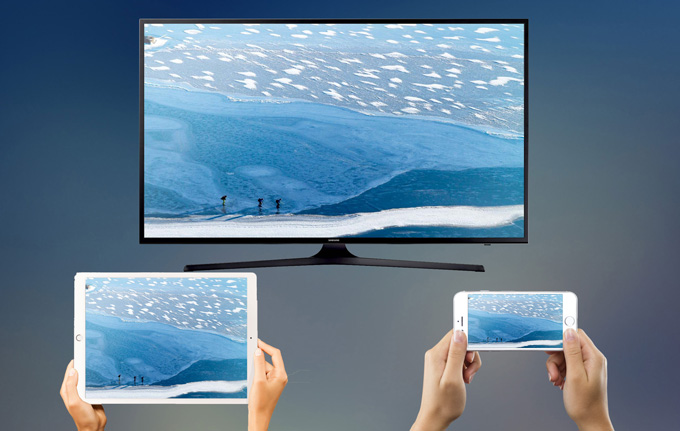 If you are watching a video or playing a game, why do it on the small screen of your iPhone or iPad?

Just as Android users can enjoy a larger display by casting their mobile phone screen to TV,  it’s also possible for you to watch videos on a larger screen using your iPad or iPhone.

When you mirror your iPhone/iPad to a TV screen,  you can be able to watch iOS video content on TV.

With the help of mirroring software like Airplay, as well as HDMI cables and other mirroring apps that can be downloaded from the App Store you can be able to mirror and watch videos or listen to audio content from iPhone onto a bigger screen

In this article, we have listed some of the ways to mirror iPhone/iPad content to your TV.

1. Use Apple AirPlay to mirror your iPhone

AirPlay is Apple’s proprietary wireless display technology, and it allows you to wirelessly send an image to an AirPlay receiver.

You can use AirPlay to stream media from the iPhone to the TV, such as music or videos you’ve purchased on iTunes.

The most common for video is the Apple TV, but you can mirror your iPhone or iPad via other TVs that support AirPlay 2.

To use AirPlay, you’ll need a compatible receiver, i.e. you will need an Apple TV or any other TV that is compatible with Airplay 2.

Steps to mirror iPhone/iPad to a TV using Airplay:

However, since AirPlay is a wireless connection, you may encounter a slow Wi-Fi connection. When playing a game, you’ll likely notice a delay between input and what you see on the screen.

But such interferences are less likely to happen if you are not in a Wi-Fi crowded area.

You can use Wired Adapter to mirror your iPhone or iPad screen using the latest models of Lightning-to-HDMI adapters.

Steps to mirroring your iPad/iPhone screen via Lightning to HDMI adapter:

1. Connect this adapter to the lightning port of your iPad or iPhone

3. Select the current source on display to check if the device is mirrored or not

You can use Google’s wireless “casting” technology to watch content wirelessly from your iPhone or iPad.

Chromecast allows you to cast and stream content from your iOS mobile device to your TV.

It may not be possible to mirror your whole screen using Chromecast since Apple limits the technology to its first-party products.

However, some of the apps such as Netflix, YouTube on iOS comes with support for Google Chromecast.

Therefore, each app handles Chromecast integration a bit differently, so there’s no single way to stream video or other media from an iOS app.

1. Connect your Apple device, PC and Chromecast to the same Wi-Fi server

2. Install and run the app on your PC and then launch Chrome, look for the menu then click “Cast”

3. Click the arrow beside “Cast to” and select “Cast desktop”. Then, choose the name of your Chromecast

4. Now that your PC is displaying on your TV, proceed to the process of mirroring your iPhone to the PC. Just keep the program running on your PC

5. On your iOS device, tap Airplay Mirroring or Screen Mirroring, choose LonelyScreen and you should be able to stream iPhone to Chromecast

How to troubleshoot HDMI connection problems