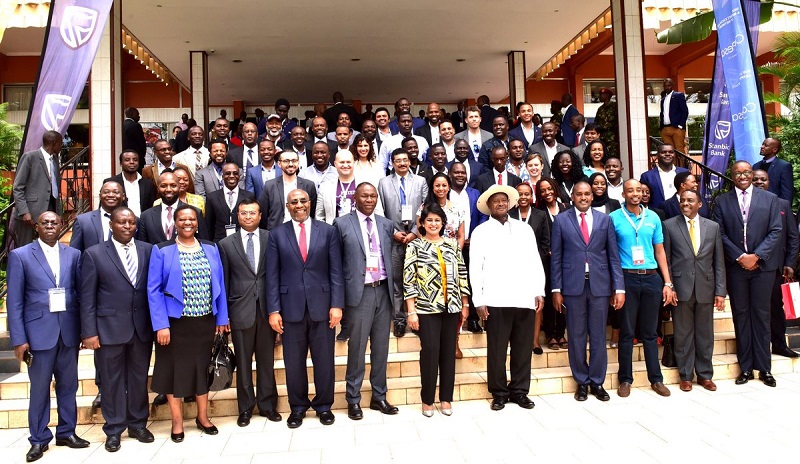 President Yoweri Museveni on Wednesday called on hundreds of people, including technologists, academicians, entrepreneurs among other guests from across the world that gathered at the Kampala Serena Hotel for the first ever African Blockchain Conference to be open-minded and more “inquisitive” as they deal with blockchain technologies.

Museveni’s call was prompted by the Governor Bank of Uganda Emmanuel Tumusiime-Mutebile, who mounted incisive and extended criticism towards digital currency also known as cryptocurrency, cautioning the listeners to beware of various risks that come along with it, including abetting crime and facilitating money laundering.

Because cryptocurrencies do not have a central system that supervises their transactions like the currency that we currently use, the governor said, “they do not have privileges of legal tender and are not backed by civil banks.”

As such, he added, there are no external mechanisms for banking cryptocurrencies to ensure that they have a single value.

Unlike hundreds of years ago where valuable goods like silver and gold were used as a medium of exchange, currently the world uses fiat money (dollars, shillings, euros etc.) to buy and sell items.

The operation of paper currency and coins is supported by a legal tender; cryptocurrency is also another form of money but it is designed to run only in a digital format based on principles of cryptography.

Ever since the first cryptocurrency dubbed Bitcoin was introduced in 2009, hundreds of other digital currencies have been created, with founders targeting to transform the payment system with a new form of currency.

The transaction of this digital money is regulated by software and the agreement of users of the system. It has been designed in such a way that it can’t be manipulated by any government, bank, organization or individual.

For cryptocurrencies to run, they are powered by a system called the blockchain, which is a distributed ledger that allows a digital currency to be used in a decentralized payment system.

On the blockchain, all transactions conducted by users are available for public view; its supporters now call the blockchain a process of automating trust.

Basing on such information, Prof. Mutebile warned that the anonymity that is brought about cryptocurrencies will propel “illicit transactions such as money laundering” and also enable financing criminal activities like terrorism.

One another negative thing about cryptocurrencies is that they operate as pyramid schemes in that individuals who join the chain earlier are entitled to more commissions, and the other form of earning is through how many people one can enroll to join the chain.

Against that background, Mutebile argues that because of their latency and lack of intrinsic value like assets (such as gold, land or equities), the value of cryptocurrencies is only based “entirely on subjective beliefs” on what their “future value” will be and what interested individuals are willing to offer.

“In the long term unless cryptocurrencies can demand large scale acceptance as a medium of exchange, the demand for them will be negligible and their value will therefore fall to zero,” cautioned Mutebile.

“The stratospheric prices at which cryptocurrencies have recently traded are unlikely to be sustainable. People who have invested their savings in cryptocurrencies risk getting badly burned when the bubble busts.” 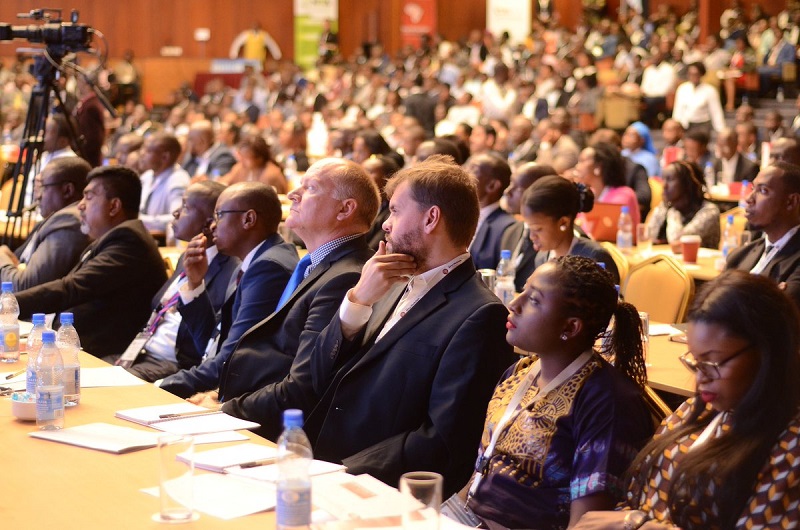 Guests listening to speeches at the first ever African Blockchain Conference at Serena Hotel in Kampala on Wednesday (Picture: Blockchain Association of Uganda/Twitter)

Mutebile has been a strong critic of cryptocurrencies ever since they gained public attention; in February of 2017, Bank of Uganda, which he heads, issued a statement, warning against investing in one of Ugandan homegrown digital currency dubbed One Coin Digital.

“Bank of Uganda warns the general public that whoever wishes to invest their hard earned savings in Cryptocurrency forms such as One-coin, Bitcoin, Ripple, Peercoin, Namecoin, Dogecoin, Litecoin, Bytecoin, Primecoin, Blackcoin or any other forms of Digital Currency is taking a risk in the financial space where there is neither investor protection nor regulatory purview,” read part of the statement.

“The public is hereby warned that whoever deals with ‘ONE COIN DIGITAL MONEY’ does so at his or her own risk. The public is strongly encouraged to do business transactions with only licensed financial institutions.”

As Mutebile carried on with his well-targeted disapproval, his boss pensively took notes, and when he hit the podium, though he did not entirely challenge the governor’s thoughts, he opted for a more futuristic and optimistic approach.

Museveni, who repeatedly teased the seasoned economist and banker for being very conservative, prompting audience laughter — launched a historical lecture on how the world of financial transactions has transformed over the years, noting that hundreds of years ago people were using gold and silver as a form of exchange.

But as the two lost value, he explained, the world adopted paper money that was backed by legal tender.

Acknowledging Mutebile’s remarks, the President urged the developers of blockchain technologies like cryptocurrencies to be more concerned with advising governments on how best they can centralize the system to avoid already arising criticisms and legal consequences that have been attached to cryptocurrencies.

Turning to Mutebile, he said: “I would encourage the governor to be more inquisitive … not to be dogmatic,” adding that without enough knowledge on such developments, it will be utterly difficult to avoid the likely tragedies, giving an example that Cooperatives in Uganda failed because most people that joined them lacked background knowledge.

Worth noting is that Mutebile is not the only prominent financial manager or entrepreneur to caution the world over cryptocurrencies.

Several bankers and entrepreneurs have been quoted in the media offering their reservations, including Mark Carney, the governor, Bank Of England, who said: “For many reasons the crypto-assets in your digital wallets are unlikely to be the future of money … But that is not meant to dismiss them. Their core technology is already having an impact. Bringing crypto-assets into the regulatory tent could potentially catalyze innovations to serve the public better,” according to Bloomberg.

A more serious attack was from the billionaire Charles Munger, the vice chairman Berkshire Hathaway Inc. — who said, “I never considered for one second having anything to do with it. I detested it the moment it was raised,” Munger said at the annual meeting for Daily Journal Corp. in Los Angeles. “It’s just disgusting. Bitcoin is noxious poison.”

Despite the intense criticism, there are a number of problems that cryptocurrencies can solve, for instance, eliminating fraud since individual cryptocurrencies are digital and cannot be counterfeited; they allow immediate settlement because third parties are eliminated; and the system also provides for decentralization.

This was the first day of the first ever African Blockchain Conference and it will end on Thursday.

A number of activities have been carried out on Wednesday, and several panelists and speakers participated.

Kwame Rugunda, the Chairman, Blockchain Association of Uganda, while opening the conference told the audience that the conference will focus on addressing blockchain “in its various facet, including how it works at a technology level, its use cases around the world and most importantly, the role of blockchain in Africa’s transformation.”

He also suggested to governments ways in which they can facilitate the development of blockchain, saying they should enable issuance of Initial Coin Offers (ICOs) to help build SMEs, create guidelines for the responsible and practical use of digital assets framework throughout the African continent, facilitate innovations and so on.

Aggie Konde, the CEO Msingi moderated a panel discussion titled ‘how blockchain is changing government and business in Africa’, and one of the panelists Christopher Bates, enlightened the audience on how his blockchain powered project, Bitland, is helping to fight land fraud in countries like Ghana and South Africa by “maintaining immutable, decentralized and distributed land records.”

Over 12 speakers participated in the discussions at the event, and the last session was a pitching competition where contenders presented ideas on how African blockchain movements can be created, crypto investment opportunities in Africa and other pitches on optimizing blockchain in logics and trade.