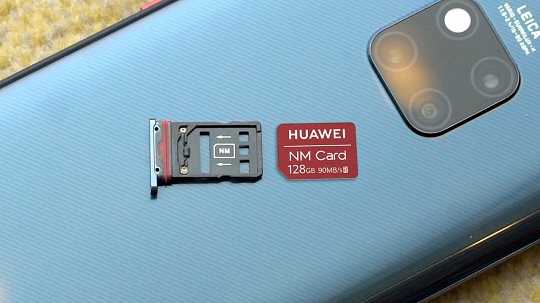 Is it possible to use a memory card in a Nano SIM card slot in a mobile device? This is not possible with the currently produced micro SD card, which is the memory card standard. But this could change in a few months. Here’s why;

Huawei recently introduced a game changer in the storage world. This introduction was made alongside the launch of the new line of Huawei Mate series smartphones.

This new storage is called the Nano Memory (NM) and the company plans to make it available to other companies and have it run as the storage standard for every device manufacturer.

This will make the current micro SD memory cards obsolete.

Huawei is still low on details concerning its new memory cards which are possibly the next industrial standard but for owners of the newly launched Mate series can use the Nano memory cards in their devices.

Here’s what you need to know about the Nano memory cards;

The Nano memory like the name suggests is identical in shape and size of the current Nano SIM card.

This will allow users to use their Nano memory card in their secondary SIM slot and manufacturers will benefit from not having to create separate slots for the memory card.

But in doing so a user might have to choose between having a second sim card and a memory card.

The Nano memory cards are approximately 45% smaller than the traditional micro SD cards.

The cards will offer transfer speeds of up to 90MB per second.

This is fast enough to handle storing and transferring 4K videos.

Much faster alternatives can be expected in the future because this speed is lower than that for some of the currently produced micro SD cards that offer up to 250MB per second write speed.

The Nano memory cards will be offered in 128GB and 256GB storage sizes.

The Nano memory cards are currently only used in Huawei devices (Mate20 series) and other manufacturers are expected to adopt them soon.

From all the above details, we can notice that there’s not much improvement from the micro SD as regards performance.

Currently, from the details available, they Nano memory cards are smaller in size and can be used in Nano SIM card slots.

Hopefully, this reduction in size and weight might lead to less battery consumption. Expect more details from Huawei soon.