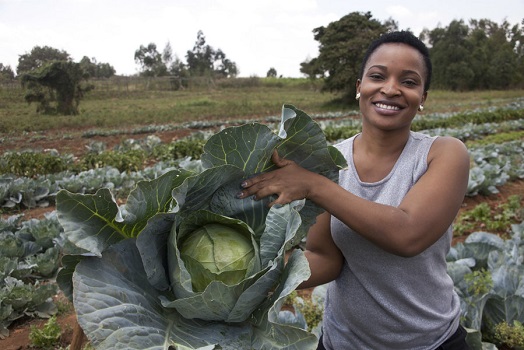 Dudutech has announced the launch in Kenya of NEMguard SC to control the country’s most financially damaging crop pest with zero risk of triggering crop rejections by European Union importers on residues.

NEMguard SC is lethal to plant-parasitic nematodes (PPNs) but has been classified as having no harmful effects on humans, animals, or the environment, which means it does not appear on the MRL (Maximum Residue Limit) list regulating ingredients growers can use on exported crops.

By bringing this technology to Kenya, Dudutech aims to help farmers increase production through sustainable management of plant-parasitic nematodes (PPNs), which are widely known as the most economically injurious crop pests.

NEMguard SC is a global player in crop protection, manufactured in the UK and has been proven to provide powerful smart defense against PPNs in countries around the world.

NEMguard SC contains a powerful formulation of plant-based allicin and selected polysulphides, which are lethal to PPNs when they are absorbed but are safe to users.

In 2008, NEMguard SC was included on Annex I of EU directive 91/414/EEC since they do not cause any harmful effects on humans, animals, groundwater or the environment.

As such, NEMguard® SC takes its position in pest management regimens as a safer alternative to the routinely used Class IV nematicides which are potentially harmful to crop workers and consumers alike.

Furthermore, growers who export to the EU will benefit from using NEMguard® SC as the residues do not appear on the MRL (Maximum Residue Limit) list which regulates the active ingredients growers can use should they wish to export their crops.

Nematodes are tiny unsegmented roundworms which grow up to 5 mm in length and move through the soil in a film of water.

The most economically devastating species is the Root Knot Nematode (Melodygene spp.), which reduces yield and quality by damaging the plant’s root system, restricting the uptake of nutrients and water.

According to Singh et al. (2015), PPNs cause annual global yield losses of 12.3% equating to US$157bn. According to the Horticultural Crop Directorate (HCD), Kenya’s rapidly growing floriculture industry earned US$823m in 2017, up nearly 20% from the previous year.

By assuming 12.3% yield losses, Kenya lost an estimated US$101m in potential export earnings due to PPNs from the floriculture industry alone.

According to Barnaba Rotich, Head of Commercial at Dudutech, “by registering NEMguard® SC in Kenya, Dudutech has allowed farmers to strategically harness its benefits in their crop protection plan to improve their overall sustainability profile, output and the safety and quality of their produce.”

The potential for this product has for Kenyan farmers is significant, as it helps provide a safe and competitive option for nematode control on their crops.

“Although the product has been labeled for use on roses and french beans, Dudutech has expressed keen interest in extending the label to other key crops. Available data indicates that Nemguard effectively reduces populations of plant-parasitic nematodes on Tomatoes and Carrots amongst other agricultural crops. NEMguard SC also effectively reduces cabbage root fly in brassicas,” said Jack Adundo, Technical Manager, Dudutech.