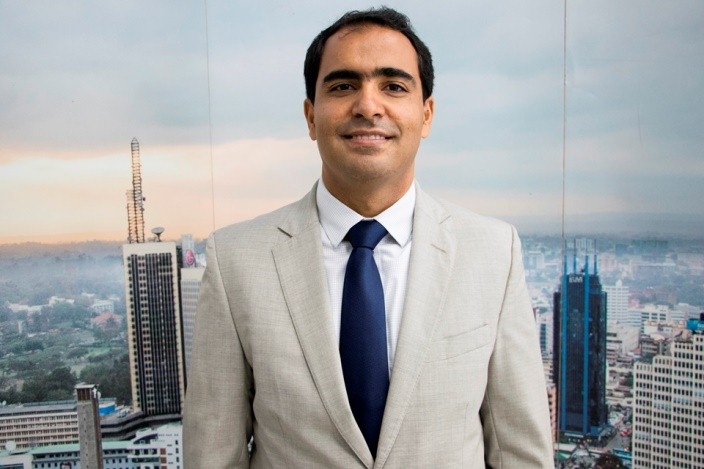 Artificial intelligence offers the promise of transforming agriculture in ways that could save over 815 million people, or 11% of the world’s population, from hunger: most especially in Africa, where the sector accounts for 32% of GDP and two-thirds of employment.

As at now, three-quarters of Africa’s farmers practice traditional farming techniques that deliver low yields, despite agriculture being their main source of livelihood.

But, to illustrate the change that is possible, app developers, such as Kenyan botanist and biochemist, Samuel Kamya, are delivering new solutions that could lift the continent’s agricultural output. Kamya’s app, Eska, detects crop diseases and deficiencies in soils of vital nutrients such as phosphorus. The app enables Kenyan farmers to send photos of their crops using a smartphone’s back camera and, instantaneously, diagnosing the health of the crop and any issues with pests or diseases and displays the results on their phone’s screen.

This is just one of the many new ways in which software and smartphones are being used to apply artificial intelligence in overcoming pest infestation, attacks by diseases, and nutrient deficiencies, in order to increase farm production.

Farmers are also, increasingly, using sensors and soil samples to gather data. This data is then stored in on-farm management systems that allow for better processing and analysis.

Typical has been a coffee traceability solution that has been launched in Ethiopia, based on mobile technology, analytics and the Internet of Things. The solution is now tracking as many as five million bags of coffee through all stages of the supply chain, helping firms achieve fair trade and organic certification for their products.

The system has been a major boost for the coffee industry in Ethiopia, enabling farmers to better compete in the international coffee market and lifting Ethiopian coffee exports.

AI is also set to reduce the high levels of repetitive and physical work that drain resources and that have deterred many in the younger generation from farming in Africa.

In this, drones are now being used ever more widely to collect farming data, which has been found to be 93% accurate, yet the drones can collect the same amount of data in 10 minutes that it previously took farmers 8 hours to collect on foot.

The platform is being used by farmers in Malawi, Mozambique and Zimbabwe, as well as South Africa, and recently enabled sugar farmers in South Africa to detect crop problems early enough to prevent up to 20% of crop failures.

The possibility that lies ahead is for machines that solve problems through physical interactions within an environment. Although such machines are yet to arrive in African agriculture in a big way, they offer the hope of vastly improved soil management and better coping strategies in the face of droughts.

Agriculture in Kenya and other sub-Saharan countries is also faced with multiple challenges in accessing infrastructure and markets, as well as in storage facilities, marketing, and even in access to information that drives better practices and choices of inputs.

In this, stakeholders across the public and private sector, including Liquid Telecom, have been providing support to tech start-ups and agricultural organisations to further promote agricultural success.

An example is Liquid Telecom’s high-speed connection across Kenya’s agricultural research institute KALRO, which has allowed it to develop and use new applications and software to accelerate research results and deliver information directly to farmers.

In this, Kenya’s advancement in technology, high smartphone penetration, and widespread internet access are laying the framework for rapid progress in agricultural ICT and AI.

Progressively, the options to run sensors and IoT devices are expanding with the growth of low power Wide Area Networks which consume much less power than traditional GSM SIM card based communications.

The recent partnership by Liquid Telecom Kenya and the Strathmore University Business School to launch a new data analytics centre focused on data-driven research and practices for African businesses adds another precursor to the much greater use of AI in agriculture.

The prospect is for early detection of withering crops that automatically triggers irrigation systems, of reduced labour and transport costs as drones, take over and sustain a conducive environment, and additional monitoring of the use of farming chemicals, optimising input costs.

In understanding the potential impact of all these technologies, examples are beginning to abound. When Nature Sweet in the US adopted AI to monitor its tomatoes, it increased its harvest by four per cent in the very first harvest.