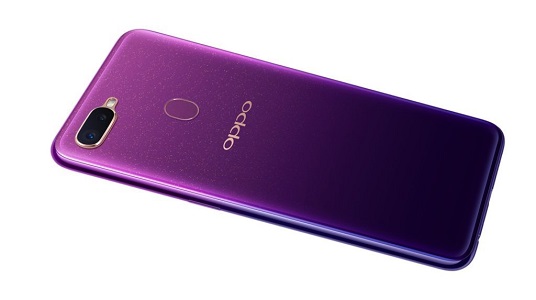 Global smartphone maker OPPO has opened a regional hub in the United Arab Emirates that will be used as a new center for strengthening its presence in the Middle East and Africa, particularly Nigeria.

The company, which has a presence in over 30 countries around the world with over 200 million customers, seeks to tap into the growing market in the Middle East and Africa.

OPPO Nigeria public relations officer Joseph Adeola is quoted by Techpoint Africa as saying that the company is already in the West African country.

“We have been present in the Nigerian market since January, however, we have not officially launched in the country. For now, we are just setting up structures like distributor and dealership, after sales servicing,” Adeola is quoted as saying by Techpoint.

“We are partly headquartered in Lagos and are working on expanding to other geopolitical zones across the country. The goal is to be in every market and area in Nigeria, to be easily accessible,” he adds.

Andy Shi, the president of OPPO Africa and Middle East, says: “With youth in its DNA, OPPO is dedicated to creating products that integrate technology and artistry, and give users a wonderful experience in their digital lives. The Gulf region is a particularly exciting market for us given the large youth population, the high level of mobile connectivity, and the public’s enthusiasm for new technology experiences.”

In addition to bringing advanced smartphone technology to the UAE, the company will contribute to local employment and promote innovation in line with the UAE Vision 2021.

“The UAE’s combination of excellent infrastructure, open economic policies, and a strong talent pool make it an ideal hub from which to expand OPPO’s business in the Gulf,” adds Shi. “In particular, Dubai is a vibrant multicultural city from which we can showcase the OPPO brand and better communicate with consumers from across the region and around the globe.”

Must read: Jackie Ochola: Why I left Nokia for Andela Job

According to PRNewswire, OPPO is consistently ranked as a top five smartphone brand globally by market intelligence firm IDC.

OPPO has expanded its smartphone business to over 30 countries and regions, covering Asia, Oceania, the Middle East, Africa, and Europe, providing products and services at over 400,000 points of sale.

The company first began offering products to consumers in select Middle East markets in 2015, later setting up a regional sales office in Cairo, Egypt, in 2016.

In Egypt, OPPO has been ranked as the top three smartphone brand and is enjoyed by youth across the country.

Can Taxify Uganda be saved from itself? Senior officials speak out