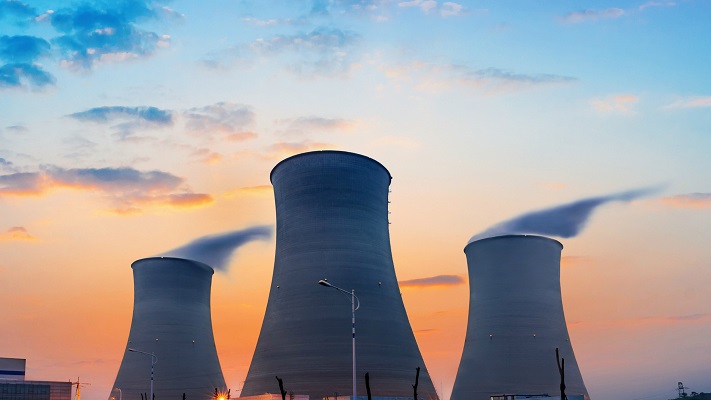 Rwanda is considering setting up a Centre for Nuclear Science and Technology (CNST) within the next five years, an official from the Ministry of Infrastructure has revealed to The New Times.

Robert Nyamvumba, the Energy Division Manager at the ministry, said that talks are underway with Russia’s State Atomic Energy Corporation (ROSATOM), to set up the centre as soon as possible.

“Rwanda envisions having a Centre for Nuclear Science and Technology in the nearest future,” he said in an exclusive interview last week on the sidelines of an international forum on nuclear energy in Russia.

The forum, dubbed XI International Forum and Atomexpo 2019, took place in the Russian southern city of Sochi under the auspices of ROSATOM, one of the world’s most experienced providers of nuclear energy services.

Last year, Rwanda signed with Russia a cooperation agreement on the use of atomic energy for peaceful purposes.

Nyamvumba said that talks are now focused on how both soft and physical infrastructure can be set up to pave way for nuclear energy development so it can be used in different areas such as agriculture, medicine, education, and electricity generation.

The official said that cooperation with ROSATOM will see Rwanda and Russia establish study programmes that will help Rwandans acquire advanced knowledge in nuclear sciences, with the University of Rwanda training students from the undergrad level, and master’s level, to PhDs.

Then a legal and policy framework will be laid out to pave way for the construction of a research nuclear reactor, with the first nuclear-powered radiations being used to provide services in cancer treatment, food processing, and increase cassava and rice crop production.

“You can’t believe that other countries are using nuclear (science) for better life and we can’t use it. We need to move faster,” Nyamvumba said.

He explained that a timeframe is being discussed with officials at ROSATOM in order to set up the nuclear research centre and reactor in the next five years.

“A timeframe is being discussed, we are looking at 2023-2024. We are moving aggressively to see the centre established in Bugesera industrial park,” he said.

He said that the country has also secured technical support from the International Atomic Energy Agency (IAEA) and local experts are currently assessing how Rwanda can use nuclear technology to increase cassava and rice production.

“You can’t talk about sustainable development without using nuclear technology,” he said.

He described nuclear energy as one of the reliable and affordable sources of energy, advising that many African countries should adopt it to respond to their energy demands.

“Sixty years is the lifespan of a nuclear power plant but it can be extended to 100 years. We shouldn’t be just looking at the upfront cost of building a nuclear power plant. It is literally the cheapest electricity out here,” he said in an interview on the sidelines of the XI International Forum and Atomexpo 2019 in Sochi.

He, however, said that a lot of awareness campaigns are needed in order to change people’s perception about nuclear energy.

“We need to educate people. They need to be educated in very simple terms that nuclear power plants don’t explode like bombs,” he said.

Regarding the nuclear programme with Rwanda, Shornikov said an inter-governmental agreement signed between Russia and Rwanda has helped to start discussions for cooperation in the area.

“Healthy negotiations are ongoing and Rwanda is making good progress,” he said, explaining that a nuclear infrastructure is needed in Rwanda from legal framework as well as physical infrastructure.

“The biggest challenge is creating a positive public opinion,” he said, underlining the need for Rwanda to educate people about the benefits from the development of nuclear technologies in the country.