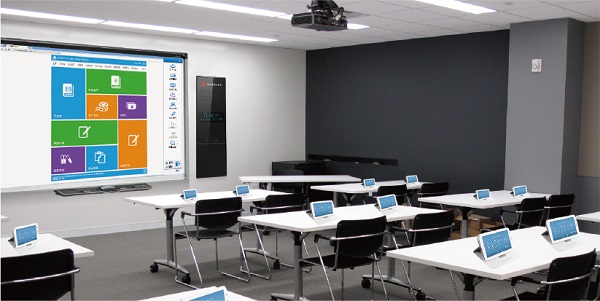 The Ministry of Education has challenged secondary schools to fast-track a new model of a smart classroom in a fresh bid to raise the quality of education.

The initiative, which seeks to equip schools with computers and access to the internet, is premised on the belief that ICT is a tool which will transform the country’s education system through the digitalization of academic material which will subsequently increase access.

The Minister for Education, Eugène Mutimura, recently said in a tweet that government had identified 166 schools to potentially take the lead in the implementation of the smart classroom project.

Irénée Ndayambaje, the Director General of Rwanda Education Board (REB), said that: “All those schools (that have been identified) have the requisite capacity and infrastructure to do it and are able to be role models to other schools”.

The Government has been encouraging schools to identify secure rooms where they can install computers and another ICT related infrastructure.

Under the project, the government plans to distribute 100 computers in each school. It targets 1,500 schools.

Ndayambaje told The New Times on Friday last week that ICT in education is not simply about students getting computer lessons but rather using the computers to expand their knowledge in the subjects they study.

So far, he said, 692 schools have smart classrooms.

“We are targeting 1,500 secondary schools. The remaining schools are yet to get either access to electricity and or do not have free rooms that can serve the purpose. We require two free rooms, with electricity, each with 50 chairs and quality desks or tables. And metal windows and doors to guarantee maximum security.”

Infrastructure, he said, is key to the success of the project.

“Not all schools in the country have electricity. Secondly, not all schools have enough rooms yet we need extra rooms for computers. Not until all these issues are solved shall we know when we can have it all set,” Ndayambaje said.

Must read: Uganda’s Doreen Biira named among 250 most influential biz journalists in the world

There’s optimism from the government that by 2020 all public schools will be equipped with smart classrooms.

“We are still undergoing a trial phase. The system for the programme has just been installed and teachers are being trained by a company sent by the Ministry of Education on how to use it,” he said, adding that; “By and large, it would be too early to talk about the gains right now but for sure the idea behind this project is very good because this is all about helping students learn easier using information technology”.

His school, he said, had already been using computers in its teaching processes and the new project is likely to add value.

Courses, which are interactive and multi-media based, will enable students to learn on their own and facilitate the teachers to prepare lessons.

The Government has already distributed POSITIVO Laptops – which have Microsoft Word and Windows, and teachers and students can surf the internet and research as well as access different content that comes with the laptops – to more than 500 schools across the country in addition to more than 250,000 XO Laptops to more than 1,500 primary schools.

The aim of smart classrooms is to incorporate ICT into various aspects of the country’s education system and bring a fundamental change in teaching and learning systems.

See also: Lack of laws, safety concerns hindering take off of drone use in Africa

Smart classrooms are being equipped with computers connected to the internet with a screen projector, among others.