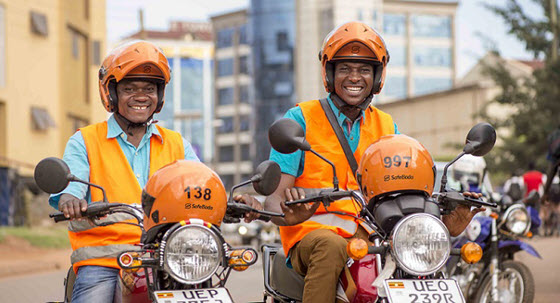 SafeBoda is adding food delivery and ordering services to its app. The motorcycle hailing app, which has proven to offer a lot more than just a ride to your destination, has announced that it plans to be your next stop when it comes to ordering local food – in what they’ve dubbed #SBFood.

THE COUNTDOWN STARTS NOW! Get ready! Be the first to order! #SBFood #GoLocal pic.twitter.com/bBBVguJpHm

The new feature, which is yet to be unveiled, is going to be another brave and outstanding innovation by the company that has already captured the ride hailing market with a firm grip.

Overtime, SafeBoda has been upgrading its app to add various new features, and has already added three which include: sharing SafeBoda cashless with a friend, sending a parcel or package using a SafeBoda, and buying airtime for yourself or a friend.

The app also now allows a customer to easily top up your SafeBoda cashless account with a rider without incurring any extra cost. Any SafeBoda can top up a passenger or customer’s Cashless account in exchange for an equal amount of money – as simple as that.

SafeBoda, in April this year, announced that it was hiring fourteen interns to prepare the company for its food delivery service in Kenya. The company named the service Cha’Kula for people to use it to order for lunch. An introduction of the same in Uganda would mark its gigantic expansion into a multi-service hailing app.

We await the SafeBoda Food service!