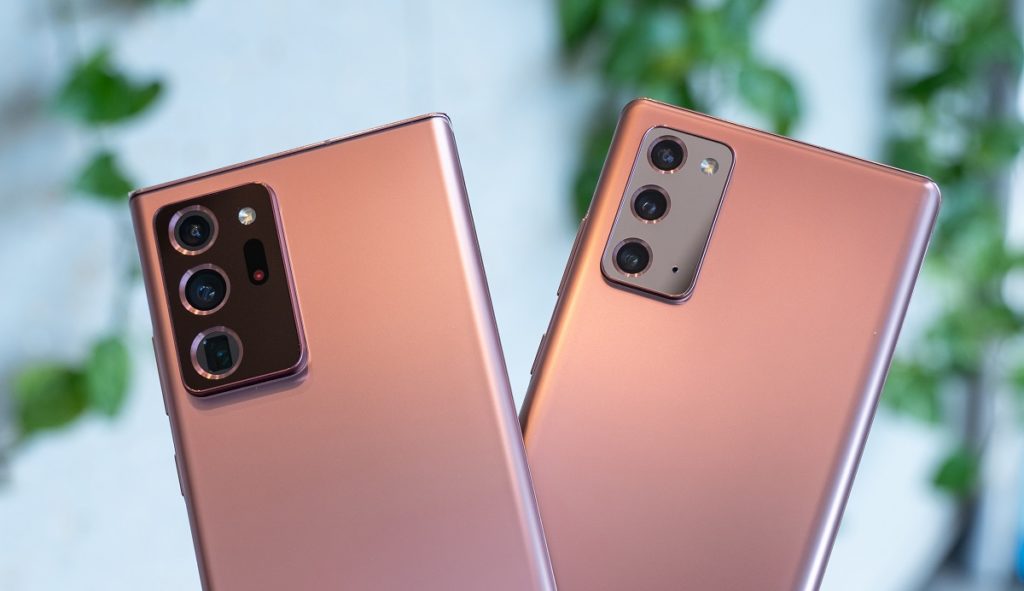 At its Unpacked 2020 event, Samsung has officially launched its Note 20 line up, the latest handset in the Note smartphone series by the company. There’s always something to expect of a Galaxy Note and these new phones come along with big screens, impressive processors, and the S Pen.

The new phone comes in two versions; the Galaxy Note 20 and the bigger Note 20 Ultra. Let’s take a look at the specifications of each of these.

It comes with 8GB of RAM, runs One UI 2.1 based on Android 10 and is powered by a 4300mAh non-removable battery. It comes with a fast charging 25W capability, USB Power Delivery 3.0, Fast Qi/PMA wireless charging, and Reverse wireless charging 9W. It packs 256GB of inbuilt storage though without a dedicated card slot.

As far as the cameras are concerned, the Note 20 on the rear packs a 12MP+64MP+12MP triple camera combo. It sports a 10-megapixel camera on the front for selfies.

Connectivity options on the Galaxy Note 20 include Wi-Fi 802.11 a/b/g/n/ac/6, USB 3.2, Type-C 1.0 reversible connector, and USB On-The-Go. Sensors on the phone include a fingerprint biometric that is under display and ultrasonic, accelerometer, gyro, proximity, compass, barometer. The Note 20 also supports Samsung Wireless DeX and Bixby.

The Note 20 is available in three colours of Mystic Green, Mystic Bronze, and Mystic Gray.

The Galaxy Note 20 Ultra on the rear packs a much brighter 108MP+12MP+12MP triple camera combo with a LED flash. It sports a 10-megapixel camera on the front for selfies.