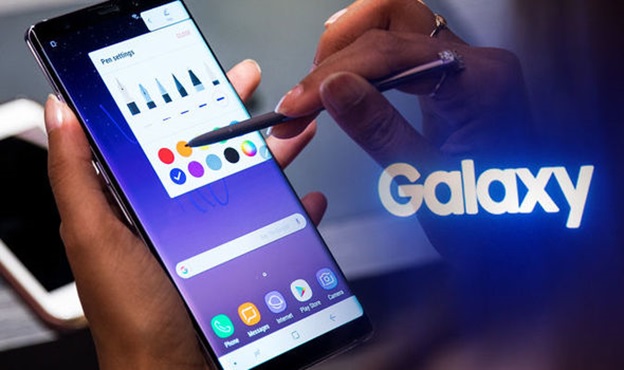 Samsung has been continuously teasing major upgrades in its Galaxy Note 9 ahead of its release. The teases have been all over YouTube and are getting everyone hooked. Samsung is known for its uniquely captivating adverts where it always goes ahead and points at weaknesses of its competitors like the iPhone; the Galaxy Note 9 teases did just that.

The Samsung Note series has been commercially successful for the company aside from their 2016 release: Samsung Galaxy Note 7, which suffered from manufacturing defects, resulting into discontinuation of its production. A later Note 7 version referred to as the Fan edition was released to select countries.

The Samsung Galaxy Note 9 is scheduled for a worldwide release on 9th August, according to The Inquirer and here are the key features to look out for.

The Note 9 is expected to pack a sizable6.38-inch display which is slightly bigger than its predecessor the Note 8 which had a 6.32-inch.

The Note 9 will reportedly have a much better battery life, placing it around 4,000mAh. This battery life has been teased in a small clip released on YouTube where we see a user about to meet a friend through the phone that has a low battery and this phone blacks out as soon as the friend arrives.

The 30 second clips then shows this statement, “Battery can’t keep up? A lot can change in day.” Having a 4000mAh battery will make the Note 9 one of the most powerful devices on the market and could also help owners get much more life out of a single charge.

Its predecessor the Note 8 only features a 3,300mAh battery which is a big upgrade.

The Note 9 will also reportedly have a Snapdragon 845 processor and 8GB of RAM which will deliver speed and boost performance.

The Note 9 will also have an improved dual-camera system, new stylus functionality for the S Pen, and an in-display fingerprint scanner. Fans should expect to see a phablet that’s faster with an improved rear camera delivering improved pictures even in low light.

The Note 9 is also expected to offer two versions of storage, a 128GB device and another offering up to 512GB of storage.

The Note 9 will reportedly also be offered in a variety of colors such as black, blue and pink.

According to a report from WinFuture, pricing for the Galaxy Note 9 will start from £935(about Shs3.4m), which will bag you the 128GB variant. The highest-spec 512GB model will reportedly fetch as much as £1,115(Shs4.1m).