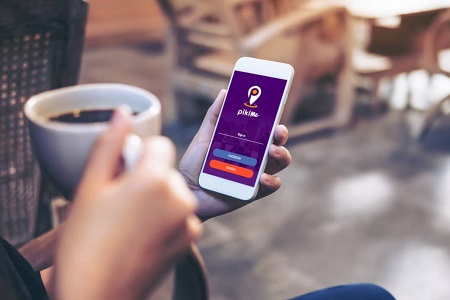 The ride-hailing industry in Uganda is continuously growing and more players continue to enter the market.

There are more than 10,000 drivers and motorcycle riders attached to the various companies in the digital transport network in Kampala.

This means that tens of thousands of people staying in Kampala use ride-hailing apps to run errands, travel to work, visit a friend and have their items transported among others.

With the above context, you might have already drawn a mental picture of the impact of the industry.

At its stage of growth, anything that happens in the ride-hailing industry can be easily noticed because of multiple media of communication that are available.

Some of the feedback from consumers delivered through social media, reports in newspapers, blogs, TV, and radio have helped some of these companies gain public trust and others have cast a ray of doubt on the images of some of the companies.

When you move around Kampala and ask people why they use ride-hailing apps, they say it’s because it’s safer (obey traffic rules) and more secure (you know the person you’re moving with) means of transport.

But the vast majority of the users have embraced the industry because it charges less than the traditional players.

But, unfortunately, some people have ended up paying more than they should have. Like anything else that involves money, there will always be a smart guy trying to game the system so they make more than what the standard offers.

Reports of scams in the ride-hailing industry have featured in media worldwide.

Last week in Kenya, a local blog reported about a Taxify passenger who was charged for a distance of 9okm yet they had traveled only 58km.

Web maps help people to estimate distances and plan routes. But technology is its own enemy.

And this is what is happening in the ride-hailing industry. Apps use web mapping services to appreciate the distance so that the cost for a trip can be estimated.

But developers have also created GPS spoofing apps that trick any application that uses Google Maps or any other tool that plays a similar role to perform inaccurately.

There are a number of Android apps that you can use to create a fake GPS route but the most popular in the ride-hailing industry seems to be Lockito.

When the application is launched on a phone, a driver can manually create a fake GPS itinerary on Google Maps.

For instance, if you are traveling from Ntinda to Wandegeya, the shortest route should be Ntinda-Kamwokya-Wandegeya.

But with Lockito, a driver can manually manipulate GPS data and trick the ride-hail app to indicate that you traveled from Ntinda to Nakawa to Kampala to Wandegeya after the trip.

When a driver takes a trip, the cost is estimated using his app so after tricking the GPS values even when you take the preferred route (Ntinda-Kamwokya-Wandegeya), at the end of the journey, the app will display the distance that was manually fed into the GPS system.

A customer can’t exploit GPS spoofing apps since it’s the driver app that’s relied on to calculate the cost of the trip.

(The video below explains how Lockito works)

On June 18, 2018, Uber released a statement saying it had put in place tools to detected GPS spoofing by profiling GPS coordinates and variables (latitude, longitude, altitude, speed, and accuracy) for every trip and some drivers have said that everytime they use GPS spoofing apps, they get a warning from the company.

However, there is an app called GPS JoyStick which mimics authentic mapping services and is always updating data for all necessary GPS values. In other apps, some variables remain constant hence it is easy to detect them.

Why do drivers do this? To make more money. When we interviewed drivers/riders in Kampala, those who said knew about GPS spoofing and have done it were not willing to demonstrate how it works.

A SafeBoda rider told our reporter about a feature on the rider’s app that used to be manipulated to bump up charges when you make a stopover.

Called “Add Stop”, every time a rider would click on it when you stop at a place in the course of the journey, the app would keep counting as if you’re in motion yet you are stationary.

When you are traveling by SafeBoda and you stop at a shop to buy something, the driver app, instead of costing the trip in terms of distance covered, it switches to costing according to time spent traveling.

When a trip is costed per second, the rider’s value reduces. So, by constantly clicking on ‘Add Stop’, he would be showing the backend administrators that he’s in motion.

The rider, who preferred to remain anonymous, however, said the feature’s response time has been adjusted so it works only every after 10 minutes.

The riders also use the feature when changing a route plan. For instance, if you are moving using a certain GPS route and you want to change the course, the driver has to click on the feature to sync the trips.

Now that you know that there is this kind of scam in the ride-hailing business, everytime you start a trip always check the estimate of the trip so that when the figure rises abnormally at the end, you’re ready to take the next step.

Normally, there are two choices – a) you can first test the driver by insisting that you won’t pay that kind of money and if he or she insists you must pay b) call the customer service and lodge in a complaint.

Most of these companies don’t want to see negative publicity on social media so they will look into the matter and help you.

Other scams in the ridehailing industry

Most reports in this area have been from people who use Taxify. At the end of the trip, a Taxify driver/rider shows you a screenshot from a previous trip and when you don’t keen enough, you will pay money for a different trip.

They always make sure they have a screenshot that won’t easily arouse suspicion. This is so easy to do with Taxify since, unlike other apps which reflect the charge on the customer’s app, Taxify doesn’t.

Taxify only sends you an email at the end of the trip to confirm what you’ve spent. And since some people don’t turn on email notifications and in some situations they are rushing, they will just pay.

The rider/driver at times shows you the fake screenshot and then he ends the trip after you’ve paid and he’s on his way.

This can also happen if your battery died and your friend helped you to order for a ride. If the rider notices this, he’ll know you won’t find out immediately.

To avoid being a victim of of the screenshot scam, you can start using your credit card to pay for rides or mobile money for apps that accept direct mobile money payments like Dial Jack or those that have mobile wallets like SafeBoda and PikiMe.

All ride-hailing companies are also trying to fight the cash option of payment since it rules out things like looking for change at the end of the trip and they also get to keep the money since some of the riders might default and not pay the company the 15% it gets from every trip made by a driver/rider.

As a customer, all companies are giving better offers when using digital payments than using cash. The former is cheaper.

The habit of riders/drivers starting trips before reaching passengers is one of the major scams in the ride-hailing industry.

Most people are addicted to their smartphones and drivers know this.

So, when that phone call of him assuring you that he’s coming ends, he knows you’ll move on to check if your crush has blueticked you, if your Twitter post is being retweeted or if your boss responded to your email.

With this in mind, the driver starts the trip and by the time he arrives to pick you, the app has already counted like Shs500 or more depending on where he or she was coming from. It becomes worse if it’s a car.

The only solution here is to always check where the driver is positioned. If he is far from you and you realise he’s started the trip before reaching you, call customer care to help you cancel the trip.

Drivers also do such things because there are some passengers who tell them to come to pick them and then as the driver is coming, the passenger cancels for another rider.

Others feel they’re spending a lot on fuel to come and pick you so they want you to cover that cost.

When a driver/rider notices that you don’t know the route plan of your destination, they can decide to opt for a route that will cover more kilometres so that you spend more money.

They can also decide to use a road with a lot of traffic jam so you spend a lot of time on the way.

The only solution to this is learning how to use Google Maps to know the best routes or asking friends who know where you are going.

Riding with no battery

This is a rare scenario since most riders/drivers having charging spots on their vehicles but it has happened to some people.

A driver/rider accepts your request when his battery is almost dying and by the time you reach the destination the phone is off.

When this happens and you are using an app like SafeBoda where they are deducting from your mobile wallet, you’ll hate yourself.

The immediate solution is calling customer care and pray they don’t have a lot of traffic so they can cancel the ride.

The other solution is giving the rider/driver a power bank if you’ve one.

See: In 4 months, how Dial Jack is battling for Kampala ride-hailers

Riders/drivers having both apps (customer and driver)

This is one of the tricks riders/drivers use to scam ride-hailing companies. In some companies, they offer riders and drivers an incentive for making a given number of trips.

So, drivers also download user apps so they can book a ride on their own app and immediately cancel it so its counted as a trip. You must have also been in a situation where a driver started a trip and cancelled it immediately.

To avoid this, companies now give some of these bonuses basing on the distance travelled or the amount of money made on a particular trip.

The other thing drivers/riders can do to affect the customer experience is creating a surge in demand. If you’ve noticed, when there’s a high demand, Uber and Taxify tend to increase charges.

So, drivers in a given location can decide to order for trips to the make their apps busy so the system can raise the fare and after this, they cancel the requests. (This may not yet be popular in Uganda but in some countries, drivers have done it.)