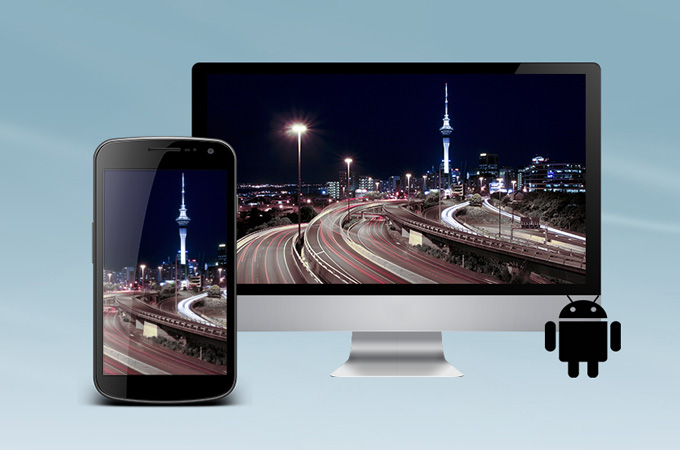 There are several ways by which you can share your phone’s screen on your computer, TV or another mobile device.

Through screen mirroring, you can be able to share your Android or iOS device’s screen.

In this article, we shall look at the screen mirroring apps that you can use to share the screen on your device.

TeamViewer having been initially used for sharing a screen among a group of people, it can as well be used for screen mirroring.

It’s now one of the most commonly used screen mirroring apps and is free to use on any platform.

TeamViewer can be used on multiple platforms including, Android, iOS,  Mac, Windows and Linux and uses 256-bit AES encryption mechanism thus making it one of the most secure screen-mirroring apps compared to others in the list.

But the most interesting feature of TeamViewer is that one can be able to transfer files in both the directions, provides the highest security standards and has intuitive touch and control gestures.

For Android and iPhone users, you can download and install TeamViewer from the Play Store or App Store for free.

Here’s another best screen mirroring app for Android and iOS users developed and owned by Google.

With Chrome Remote Desktop, you can be able to access your mobile device from any device through mirroring technology.

It provides a very secure connection and easy access to your Android and iOS phone.

To be able to mirror your smartphone to your computer, you have to set up remote access using the Chrome Remote Desktop app on your computer and mobile device. Just as simple as that.

Chrome Remote Desktop for Android can be downloaded and installed from Google Play Store and for iOS from Apple Store for free.

Microsoft Remote Desktop is another best screen mirroring app to download for an Android device or iPhone.

It is a simple, easy-to-use and free app which can be used to gain access to remote resources through remote desktop gateways.

The best feature about Microsoft Remote Desktop is the multi-touch option. It also allows audio and video streaming directly using the app. Along with secure connection and protection to your data, files and other content.

You can download the app for Android from Google Play Store and for iOS from Apple Store at no cost and be able to cast your screen to another device.

See: How to remotely access your computer from your phone

Google Home is among the most popular easy-to-use and free screen mirroring apps for Android and iOS phones and can be downloaded for free from Google Play Store and App Store.

Google Home can be used for more than just mirroring, since you can be able to gain access to available music and easily play, pause, change volume and also easily control Settings and customize Chromecast Settings like change device name, among others.

With Google Home, you can be able to cast your Android screen to your TV to enjoy a bigger screen display.

To set up and use the Google Home app, download and install the app from Play Store for Android and App Store for iPhone, connect the Android device and Chromecast/TV to the same Wi-Fi network.

Open the Google home app, go to its menu>>select cast screen/audio. Select the required device to which screen mirroring needs to be done. Now you are all set and can view the Android screen on a bigger display.

Easily connect the mobile device on your network using the AirServer Connect screen mirroring app on your Android or iOS device.

Below are a few steps on how to mirror your mobile device to your computer using AirServer connect app:

– Open Airserver Connect app settings on your computer and click on the QR code button.

– It will automatically read the QR code and easily mirror your smartphone with your computer.

And that’s it. You are all connected and can now mirror the screen of your mobile device on your computer

For anyone looking for a free remote desktop app that is compatible with both Android and iOS, then here’s VNC Viewer app.

With this, you can easily access your Windows, Mac, or Linux system. And some of the best features of this app are;

– It connects with ease and does not ask for troubleshooting again and again.

– You can backup or sync the connections between your devices.

5 apps to get free in-app purchases on Android

5 simple ways to prevent malware from installing on Android