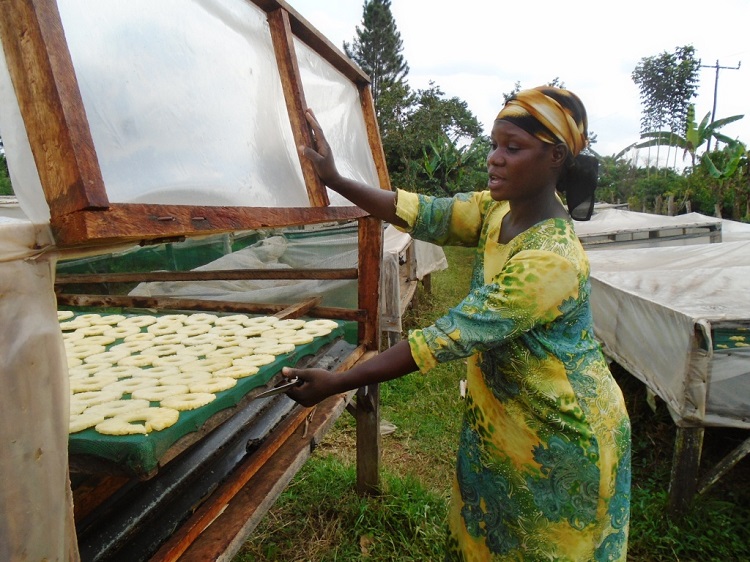 A substantial amount of losses on farms occur at the stage of post-harvest handling. This is as a result of lack of an effective and speedy means of drying the produce. Because of this, many farmers dry their produce such as vegetables, fruits and others in the open sun.

This, however, sometimes leads to losses as it takes longer before they dry to the desired standards. Drying is an important post-harvest handling process of agricultural produce. It can extend shelf life of the harvested produce, improve quality, the bargaining position of the farmer to maintain relatively constant price of his products and reduces post- harvest loss.

Besides this, it lowers transportation costs since most of the water are taken out from the product during the drying process. And the situation is much worse, when it comes to farmers, who grow highly perishable fruits such as pineapples and pawpaws. These perish after a few days once they get ripe.

To counter this, a farmer can use a solar dryer to effectively dry their vegetables, grains, pineapples or coffee, which reduces the number of days in which they dry from six to a maximum of only three.

Solar dryers are devices that use solar energy to dry substances, especially food. The moisture content for particular product is what brings about variance in the number of days in which each produce dries. 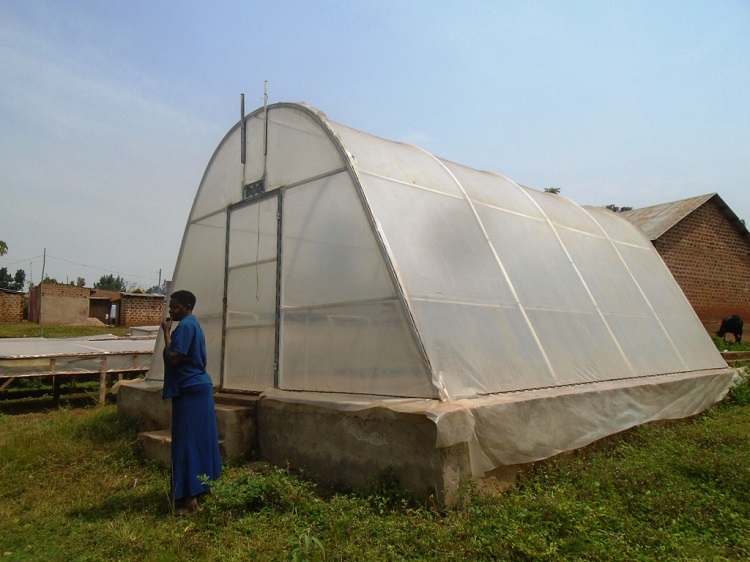 A farmer stands beside her solar dryer

According to Jane Naluwayiro, the director Patience Pays, a firm which manufactures solar dryers and is also involved in commercial drying of fruits using solar dryers in Ndeeba village, Kayunga District, solar dryers can be manufactured using local materials such as timber, transparent plastic sheet, nails and plastic mesh which make trays.

Naluwayiro explains that the common types of solar dryers used in Uganda include the hybrid tunnel solar dryer, which she says dries faster besides being more durable because of the way it is built and the materials from which it is constructed. This one is stationary.

A big one that can dry about 50 kilogrammes at ago costs Shs10m, she says. The other type is the Box solar drier. Because it is relatively small, this type can be transferred from one place to another as its name suggests. However, Naluwayiro says it is not durable because the materials it is made of are not very strong.

Because of their flexibility, solar dryers are found to be cost effective. “The driers are easily delivered at the harvest cite. This reduces transport costs,” said Naluwayiro.

The lowest solar dryers cost Shs800,000. These can be found in Katwe and downtown Kampala. Of late, traders in major towns such as Mbarara, Masindi, Jinja, Kayunga, Soroti, Mbale, Luwero, Masaka, Kabale, Gulu, Lira and Arua have brought them closer to farmers. 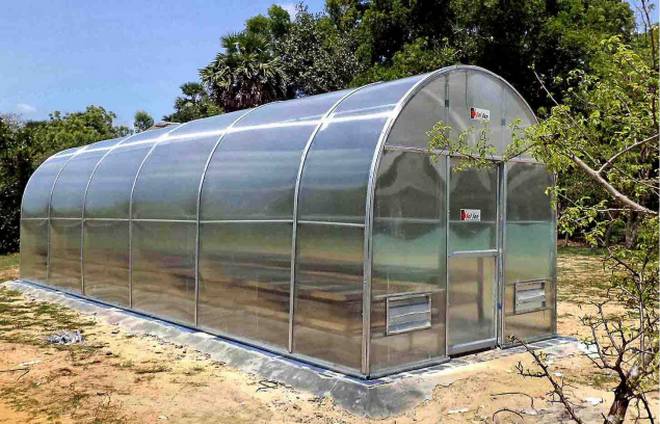 The other type is Green-House Tent Solar dryer. This one is constructed in a form of a tent. It has a transparent polythene on top like others. It has a breather that takes in fresh air.

However, to increase on its effectiveness it has a solar panel on top, which runs fans that blow air already saturated with vapour from the drying fruits. It is expensive and goes for Shs10m each. It has capacity of drying 20-24 kilogrammes at ago.

How solar dryers are used

Mohammed Were, who has been involved in solar fruit drying for over 10 years in Kisega village in Kangulumira sub-county, Kayunga district says the produce to be dried is sliced (in case of fruits) and placed  on trays, which are then put in the dryers. Then dryer is then closed.

Were points out that since the drying process takes place within the dryer, there is no contamination with dirt or animal or chicken droppings and insects.

Also, drying is faster, since inside the dryer is warmer than outside hence there is less risk of spoilage due to the speed of drying.

“Like us, who solar dry fruit produce for export, we are sure of timely supply of produce because the produce dries faster and in time,” Were says. Indirect exposure of sun-rays to the produce enables it to maintain its colour and vitamins.

Naluwayiro says due to the much heat within solar dryers, the materials such as wood, plastic mesh quickly wear and tear. So they need regular (at least after every three months) maintenance, which is done at a cost.

Besides this, the initial capital of buying the dryers is high, which many farmers cannot afford. She adds that solar dryers’ effectiveness is entirely dependent on weather condition. “When it shines they are effective and when it rains they are ineffective,” Naluwayiro says.