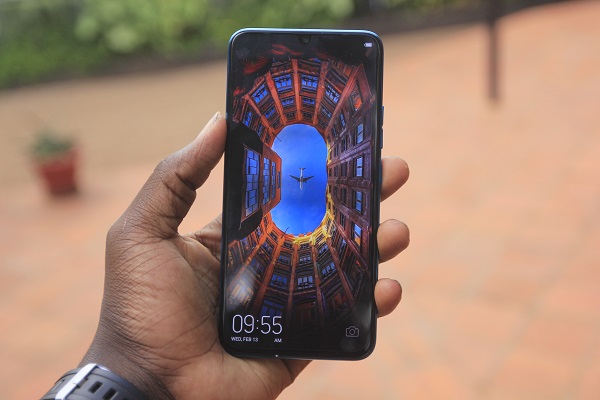 I used the TECNO Phantom 9 for two weeks. This gave me ample time to test most of the key features.

If you don’t have time to go through the whole story, I’ll be straight with you: spending Shs919,000 is worth it.

Right from the impression you get from its premium packaging, the Phantom 8 is a fascinating device. It’s even better when you are attracted to shiny objects because the phone’s gradient Lapland Aurora cover is super appealing. 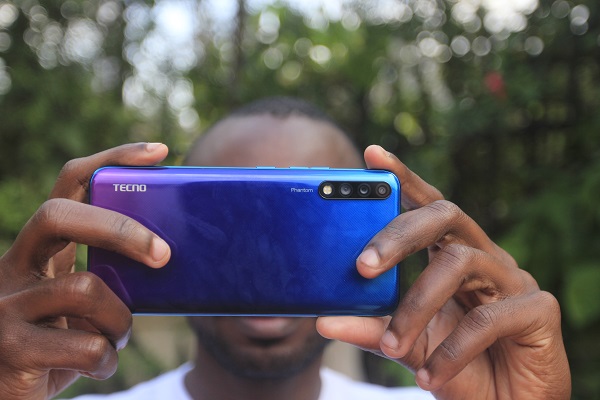 However, you can hide and protect this delicate chassis with a gracious black rubber jacket that is part of the accessories you buy with the device.

The skin of the jacket has a charmingly rough texture to provide a firm grip. 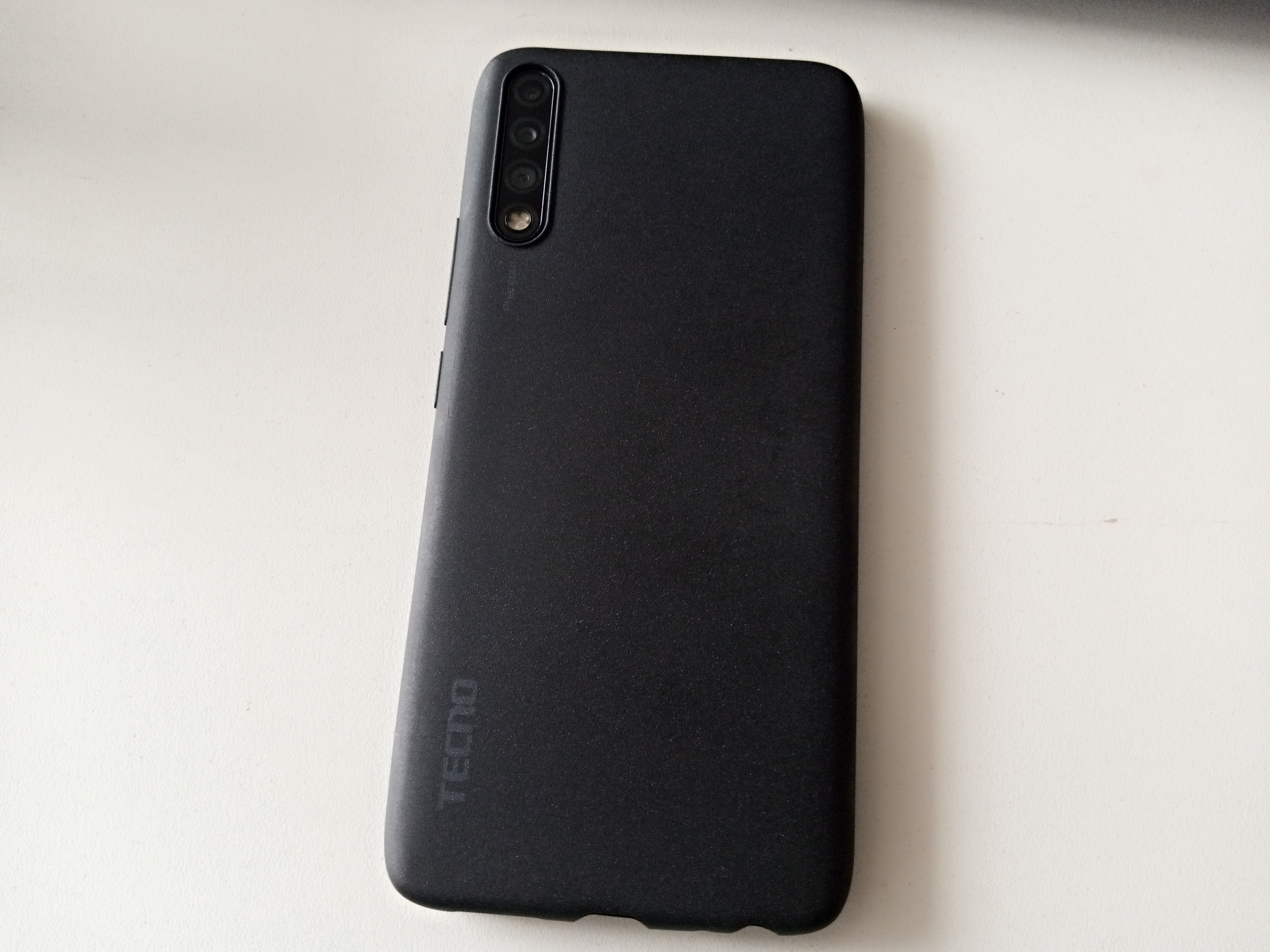 The front end’s corning gorilla glass 3 comes with a decent screen protector attached to it. 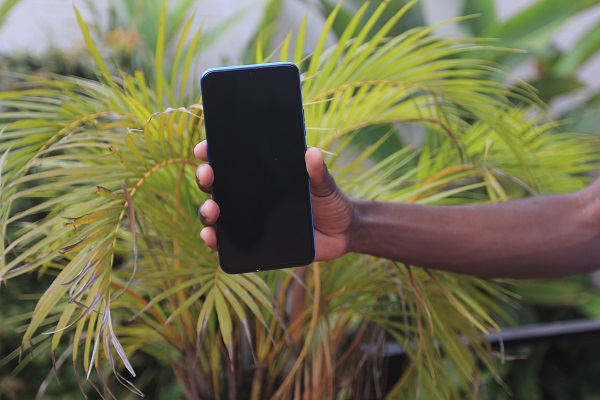 The Phantom 9, for its price, it’s disappointing that it has no USB Type C port. You’ll use a Micro USB. However, don’t underestimate it. It’s really first. 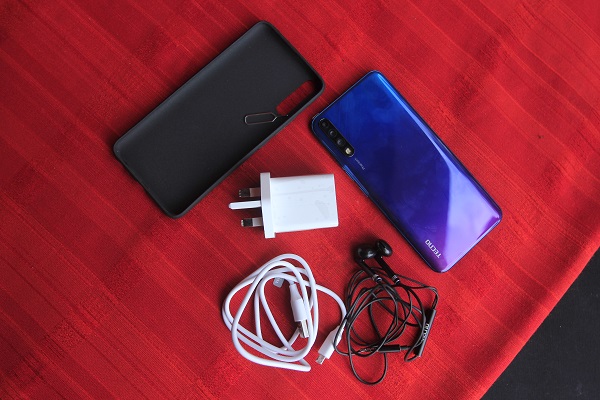 The earphones are black with a chilling design and they fit properly in the ears. Their output is, however, lacking. 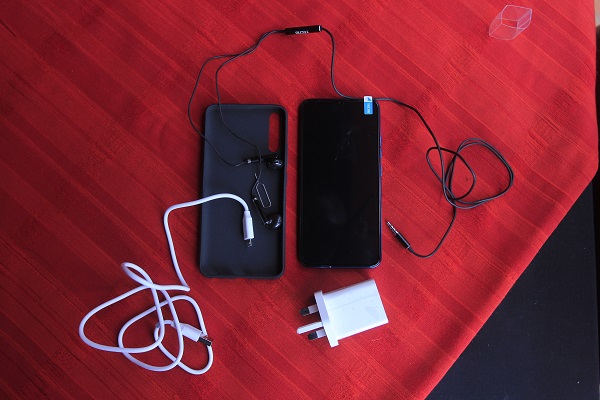 Still on the outer part of the device, the SIM tray is on the left side and it can house two dual 4G/LTE nano sims and an SD card. The power and volume buttons are on the right side. 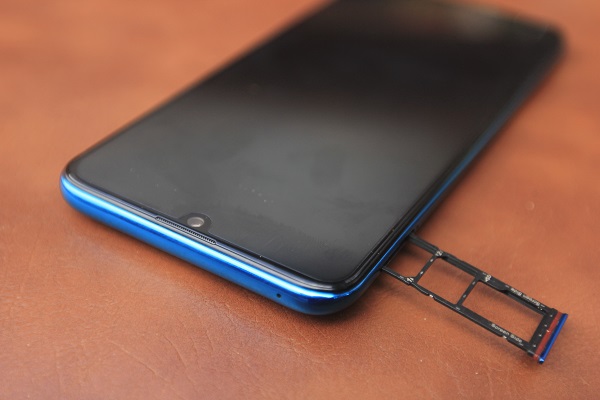 At the bottom is where your 3.5mm headphone jack is located. This part also holds the microphone, a micro USB port, and a speaker. 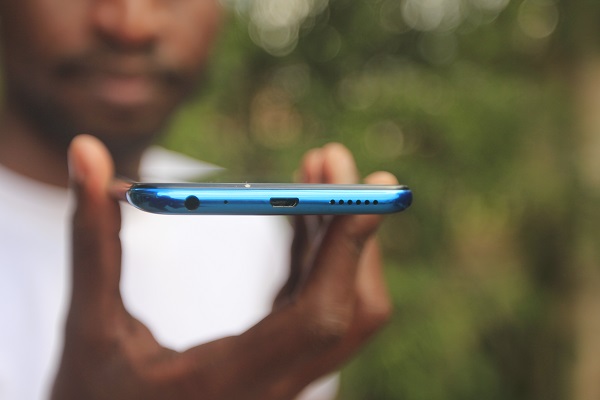 TECNO Phantom 9 boots really first. It has a 6.4-inch screen, which is bigger than what you’ll find is some phones that are of a higher price. 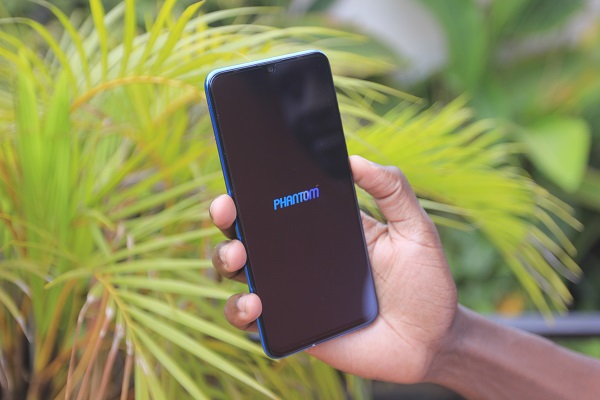 Though it has a notch, it is the water drop type for holding the front camera. You can hide it if you want. But this is not really necessary.

The display is AMOLED with a screen resolution of 1080 x 2340 pixels and an aspect ratio of 19.5:9. This makes the display warmer and more saturated.

With Artificial Intelligence, you can automate the device to regulate the screen brightness, depending on whether you are in a dark or bright environment.

Speaking of gaming, you’ll use a PowerVR GE8320 GPU, which is what is also in the Camon 11 Pro. Though admirable, it has limitations when it comes to 3D gaming.

Its 6GB RAM that is powered by TECNO’s HiOS 5.0 slapped on Android 9 Pie will boost your experience. The ROM is 128GB and it has 2.3GHz octa-core MediaTek Helio P35 processor running on a 3,500mAh battery.

The bloatware is a lot and it consumes an enviable percentage of the ROM. There are apps you can use to delete bloatware. 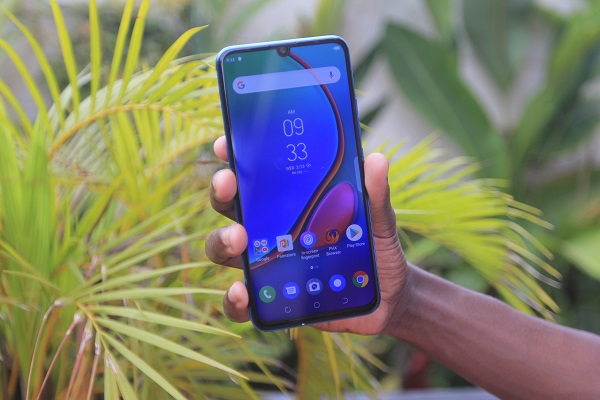 When you pull down the Notifications shade, you’ll access a number of helpful Quick Settings toggles in TECNO Phantom 9.

The others are the common ones like Flashlight, Do not disturb (enable Silent Mode), Location (GPS), Data Saver, Hotspot, Bike Mode and so on.

Another notable addition to the Phantom 9 is a Smart Panel that appears on the right side of the screen. The Smart Panel contains apps you use a lot. You can customize it.

The only challenge is that it is fixed in one position so it affects typing, especially on WhatsApp. But you can also disable the Smart Panel.

Another cool thing about this smartphone is that it comes with its own Voice Recorder app, a thing that you won’t find in some phones like Xiaomi brands.

You can also record your phone calls, though this is increasingly getting limited by some manufacturers because of privacy issues. And third-party apps are horrible.

On the front, you’ll use a 32MP camera with dual flash and AI scene recognition capabilities. 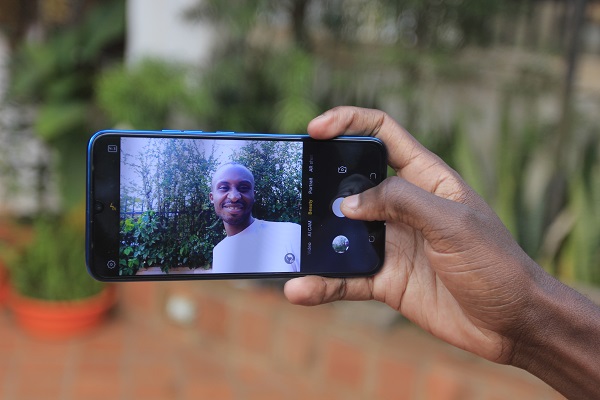 At the back, there are three AI cameras; the first is a 16MP main shooter, the second is an 8MP camera for depth sensing and lastly, there is a 2MP ultrawide lens with quad flash. 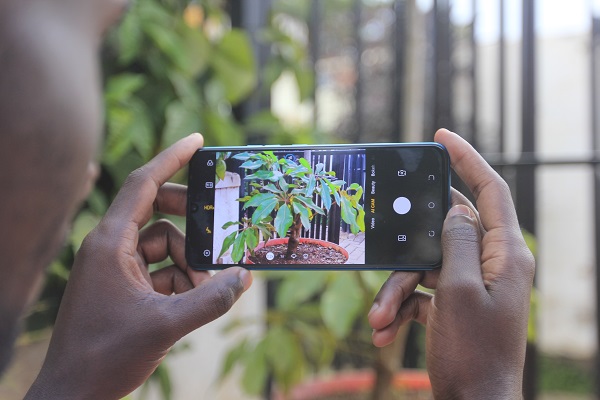 The device also records videos in 1080P when using either the secondary or the primary camera.

One of Phantom 9’s unique features is its light-sensitive in-screen fingerprint sensor. The only challenge is that, unlike the back-placed fingerprint, this requires two steps for you to unlock a phone. 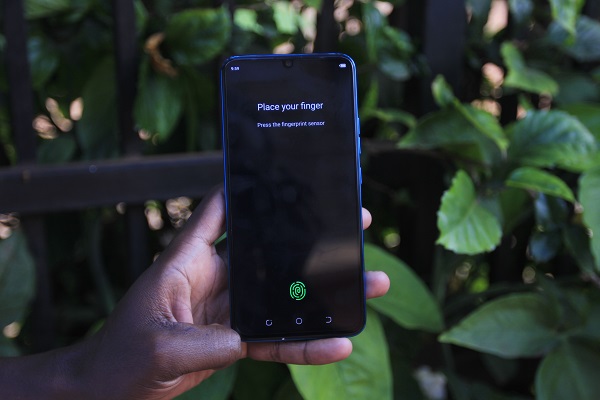 When you decide to unlock when the screen is sleep mode, the speed is slower.