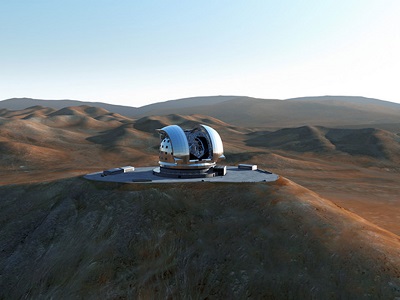 The minister of Science, Technology and Innovation, Dr. Elioda Tumwesigye, has said that government will  establish a refractor telescope and observatory hub at Busitema University in Tororo District.

In his speech read by the director Science Technology and Innovation, regulation, Dr. James Kasigwa during the celebrations to mark 100 years of astronomy, which took place at Meritoria Hotel in Tororo town on Friday, Dr. Tumwesigye said the hub will act as a centre for the study of astronomy and other fields of science.

“We have plans of establishing science and technology parks, science centres and other innovation hubs and definitely, Tororo Municipality cannot miss out on this initiative,” he said.

Dr. Tumwesigye explained that astronomy does not only contribute to the learning of formal and informal science education but it also provides preventive measures to challenges facing the country including landslides.

“Technology transfer and spin-offs from astronomy have important applications in medicine, defense, industry, and environmental monitoring and consumer products,’’ he said.

The three –day event dubbed “100 hours of astronomy,” was organised by Busitema University under the department of Physics in the Faculty of Science and Education.

Must read: Ugandan-made Kayola electric buses to hit road in 2019

It was held in commemoration of 100 years of existence of International Astronomical Union (IAU).

Dr. Tumwesigye further implored other universities to emulate Busitema University to use the existing opportunities to scale up research to enable the students to come up with new ideas and solutions to the existing challenges that society is facing.

“Astronomy and related fields are at the forefront of science and technology and higher institutions of learning must be embracing it to impart students such relevant skills,” he said.

He added that President Museveni has a passion for science and technology because those sectors have the potential to promote economic development and improve in the country.

Dr. Emirant Bertillas Amabayo, the head of the physics department and convener of the event, said the University was considered to host the event after the department applied and emerged as one of the 10 global winners selected to receive a telescope, which he said was a great achievement for Uganda

“Busitema University emerged among the best out over 200 applications from 47 countries in the globally competitive project termed100 Hours of Astronomy, where ten (10) Bresser Refractor telescopes were availed to the best ten global applicants that produced the best proposals,” he said.

“Undertaking research requires adequate resources, which is most of the time lacking in public universities,” he said.

The Public Relations Officer, Busitema University, Ms. Peace Karungi Balala, said the event has placed the University at a global scale as one of the leading institutions that is promoting astronomy in East Africa.