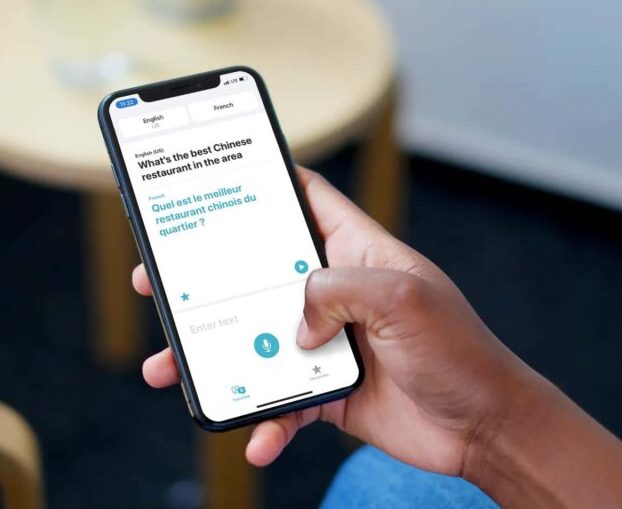 The Translate app is an iOS translation service developed by Apple for its iOS devices. Launched along with iOS 14, it functions as a service for translating text sentences or speech between several languages. The app has a number of useful features that are handy both when learning a new language and when attempting to talk to someone who speaks a different language.

To the effect, the Translate app can translate to and from Arabic, mainland Chinese, English, French, German, Italian, Japanese, Korean, Portuguese, Russian, and Spanish. It also has a voice translation feature where you can tap the microphone and speak a phrase out loud to have it translated into the target language.

To translate using the Translate app:

Translations are shown in large text, with the original phrase in black and the translation shown in blue. To hear the translated text out loud, tap the blue play button.

In Conversation Mode with the ‌iPhone‌ in landscape, if you tap the two arrows facing outwards to expand, the translated phrase is shown in Attention Mode, in large letters that take up the entire ‌iPhone‌’s display for easier reading. In this mode, the large text is useful for showing someone at a distance to get your message across when you can’t speak the language. This mode is best for short phrases and sentences rather than longer text.

Read About: What do the coloured dots in iOS 14 mean?