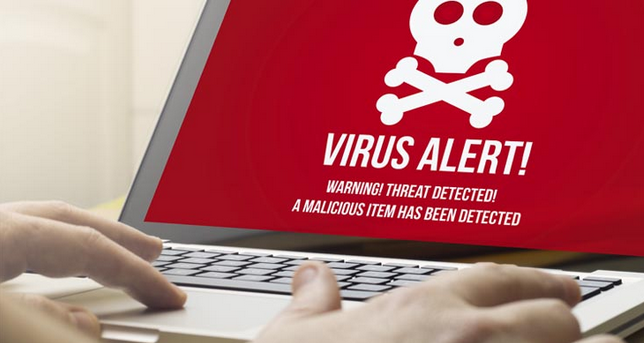 When you buy a computer, one of the biggest worries, as you use it, is it being attacked by viruses.

Just as in human beings, when a virus infects a computer, it demolishes certain software hence affecting the functionality of the machine.

So below we are going to show you six types of viruses that infect a computer and how they affect its programs and files.

This is regarded as the most dangerous type of virus.

Fast infectors cause as much damage as quickly as possible and are thus easier to spot.

Slow infectors, on the other hand, are harder to recognize because their symptoms develop slowly within the computer system.

Resident viruses can even attach themselves to your anti-virus software, infecting every file the software scans.

To completely eliminate them from a computer, you need a unique anti-virus such as an operating system patch.

Also known as non-resident, this type of virus is created to replicate and infect files in folders.

It normally attacks .exe and .com files in a computer.

Apart from making files inaccessible, these types of viruses can’t slow down a computer or delete files.

There are also very dangerous types of viruses that infect a computer though they are now rare.

When they attack a computer, they are notoriously difficult to remove, often requiring a full system format. This is especially true if the virus has encrypted the boot sector.

This type of virus comes to a computer via removable media like USB flash disks, hard drives among others.

However, you can still find them on drives and in email attachments. It’s better to have a strong anti-virus so that you can avoid them from infecting your computer.

This is a type of virus that spreads in multiple ways. Hence the name Multipartite Virus.

The virus takes different actions on an infected computer, such as damaging the operating system and performing unauthorized actions in folders, and other programs on the computer.

It infects both the boot sector and executable files, allowing it to act quickly and spread rapidly throughout the computer.

This makes them tough to remove. Even if you clean a machine’s program files and the virus remains in the boot sector, it will immediately reproduce once you turn on the computer again.

Other types of viruses that infect a computer are called space filler viruses.

A space filler virus normally attaches itself to a target file and changes its functionality by affecting how it starts.

It can also re-write a code of a particular program or file.

These types of viruses are also furtive in nature so a computer user won’t easily tell the changes in their files.

Lehigh virus is the most popular virus of this nature.

This type of virus after infecting your computer will delete the contents of files it has attacked.

The only way to remove the virus is to delete the file, consequently losing its contents.

It can infect both standalone files and entire pieces of software on your computer.

Overwrite viruses have low visibility and are spread via email, making them hard for you to identify.

Blue screen of death (BSoD): What triggers it on your Windows computer?

How to tell if you have a virus on your Android