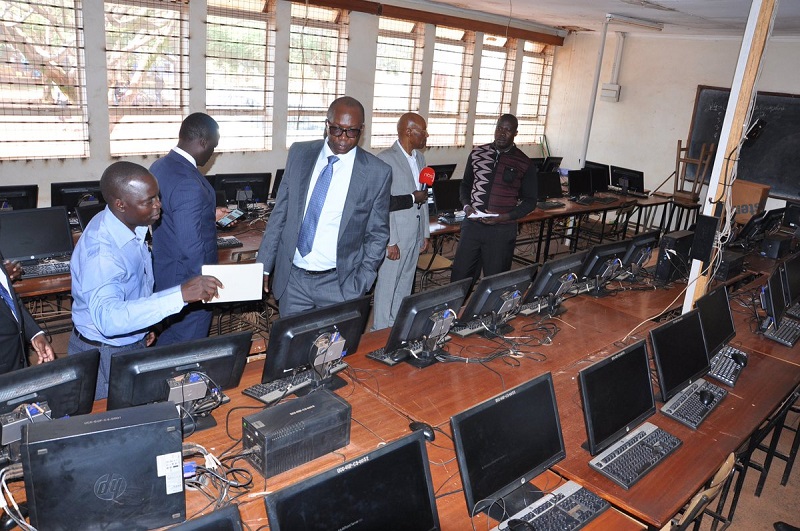 Uganda Communications Commission, or UCC, has contracted Samanga ICT Energy to supply and install equipment for establishing ICT laboratories in 15 education institutions, according to a statement posted on Twitter on Tuesday.

The statement indicates that the installation of the labs will take place from June 3rd to July 12, 2018 in schools in the four major regions in the country, that is, central, eastern, western and northern.

The eastern region will have 6 of its secondary schools benefit from this project, central region (4) and both northern and western regions will have 2 schools.

UCC says the 15 selected schools will each get a solar-powered computer lab with a 21-seating capacity.

The initiative is being implement under the Rural Communications Development Fund, or RCDF, project that was established in 2003; under this project, UCC has provided ICT labs to more than 98% of government schools (about 1033 secondary schools, according to Ministry of Education 2015 data).

50 per cent of these have been connected to the internet and about 800 are supported with digital science content aimed at improving the teaching of sciences in rural secondary schools.

The RCDF has also realized other achievements like establishment of 86 internet points of presence, 106 internet cafes, 78 ICT training centers and many others.

On seeing the development, stakeholders like Commonwealth Uganda asked the Commission if it had done a review to find out whether previous projects are still operational.

A 2014 RCDF report indicated that the project’s integration with education had realized the following: ICT laboratories have been established in 1,027 government secondary schools, including Luzira Prison S.S., 43 tertiary institutions, including all National Teacher Colleges, 9 Universities, including the Lugazi Army University and all the 7 health training institutions.

An extra mile has been taken for each of the ICT laboratories to provide internet connectivity, retool 2 ICT teachers, install Virtual Science Content and train community in ICT skills during school holidays.

Earlier on we visited St. Joseph's Layibi and Gulu University that have received computers from the Commission through its #RCDF project. pic.twitter.com/pryD6IwWQK

Reports indicate that a computer to student ratio of 1:100 has so far been realized in the schools through the programme, giving a way for compulsory subsidiary ICT studies at A-level, virtual science studies in schools and creation of ICT jobs.

The government’s target is to achieve a ratio of 1:10, implying there is a lot that still needs to be done. Over 4,000 private secondary schools require ICT laboratories which the Commission is ensuring to implement.

In an interview with this website, Pamella Ankunda, a spokesperson for UCC said that the installation of the computer labs would also be done for government primary schools with time to come.

The Rural Communications development Fund (RCDF) is a Universal Service Fund (USF) to communications in Uganda. It was established in 2003 and it is supervised by by the Uganda Communications Commission (UCC).

The RCDF is under the leadership of George William Nyombi Thembo who assumed this office in January 2017.