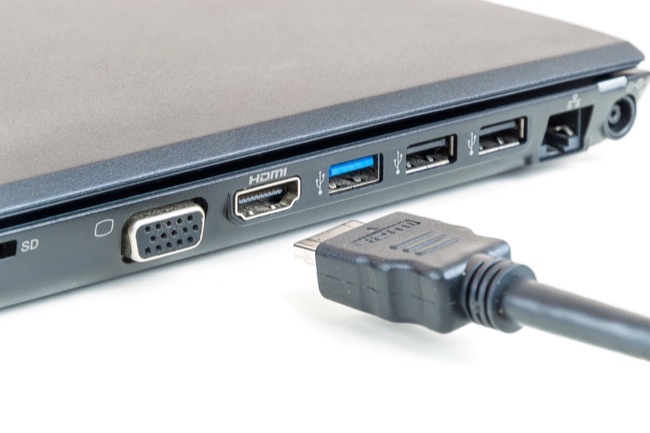 The transmissions are done from an HDMI-compliant source device, such as a display controller to a compatible computer monitor, video projector, digital television among others.

If you own an HDTV, a PlayStation 3, or an HD-DVD or Blu-ray player, you’ve probably heard about HDMI.

In case you’ve never used your HDMI port, below are some of its uses:

Using the HDMI cable allows you to get the best audio feel between devices. That is between your HDTV, laptop or computer or any other device that’s HDMI compatible.

And remember, it eliminates the need for separate audio cables, unlike most video connections.

If you are planning to buy a high definition television and also subscribe to HD programming, HDMI is a very good choice for connecting your components together and guaranteeing the highest quality video and sound.

2. Watching movies at home or theaters

The current make of the HDMI port has support for 3D, Ultra HD, and 4K video which is used by the majority of modern Blu-ray compatible players.

This will enable you to enjoy your TV series or movies using the best version of HD from your laptop.

So, start using that HDMI port.

Why buy a television set when you’ve got a laptop? After all, the best versions of the former are expensive.

With an HDMI, you can connect your laptop to a decoder and watch your favorite programs.

Like, we’ve already mentioned above, with an HDMI, you’re assured of good quality sound and video.

So, there’s no doubt you’ll enjoy the output from the connection when used in playing games with a game console.

The input source for the laptop will change.

What is the difference between 8K and 4K TV?

How to determine your computer specifications in Windows 10