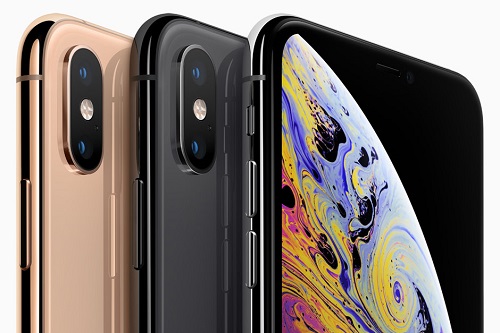 Apple announced three new iPhones during its fall event in Cupertino on Wednesday, including the iPhone XS, the iPhone XS Max, and the iPhone XR. I just had a chance to play with all three of them, and here’s what I think.

The iPhone XS is basically the iPhone X with a few enhancements. The screen is better (more colorful), and it has improved camera processing thanks to the new and more powerful processor, the A12 Bionic, under the hood. It also has louder stereo speakers.

Holding it, though, it felt so much like the iPhone X that I already own that I’m not sure I’d upgrade. It will probably appeal to people who missed out on last year’s iPhone X, which Apple will stop selling, and it starts at the same price: $999. It’s a gorgeous phone, and I think people will love it, but it’s just an “S” incremental sort of upgrade from the iPhone X.

The internals are the same as the iPhone XS, but there’s one major reason other than the huge screen why you might want the Max instead: battery life. Apple says it will last 1.5 hours longer than the already-impressive iPhone X. The iPhone XS will last just 30 minutes longer, Apple said.

Both phones feel really fast, noticeably so over my iPhone X. I’m running the iOS 12 public preview, which also speeds things up, but the A12 Bionic chip offers another 30 percent performance boost.

I like the cameras, too. Portrait Mode on the iPhone X is stellar, but with the new phones, you can adjust the “bokeh” or the amount of blur in the background. That’s something we haven’t seen on an iPhone before, either, and it adjusted immediately when I tried it during a quick demo.

Read also: Bad habits that are destroying your device

Finally, I’m not a fan of gold phones, but these look pretty awesome. The gold-colored steel running around the edges really shines, much more than the black does on my iPhone X. It’s a little gaudy, but some people like that extra bling.

The Max will start at $1,099, the highest starting price ever for an iPhone. The most expensive version, which comes with 512 GB of storage, costs a whopping $1,449 — that’s more than some MacBooks.

The video below will show you the first impressions of the above phones:

Lastly, Apple also introduced the iPhone XR. It’s the cheapest of the three new iPhones announced on Wednesday, starting at $749.

The iPhone XR makes some trade-offs: It doesn’t have the fancy dual-camera setup on the back, so while you can still take portrait shots they probably won’t be as good as those on the better iPhones. Also, while it has the same powerful A12 Bionic processor as the iPhone XS and iPhone XS Max, it has an LCD screen that’s noticeably not as colorful and bright as the OLED used in the flagship devices. You can tell right away that it’s not as good, but the price difference might attract people to this model.

Hands on with the new Apple iPhone XR — a more affordable version of the iPhone X from CNBC.

One feature that helps it stand out: It will ship in five colors, like blue and red and yellow. They look nice, but not as fancy as the XS models.

I’m hoping to spend some more time with the new iPhones soon, after which we’ll publish a review. Right now, though, my eye is on the iPhone XS Max.