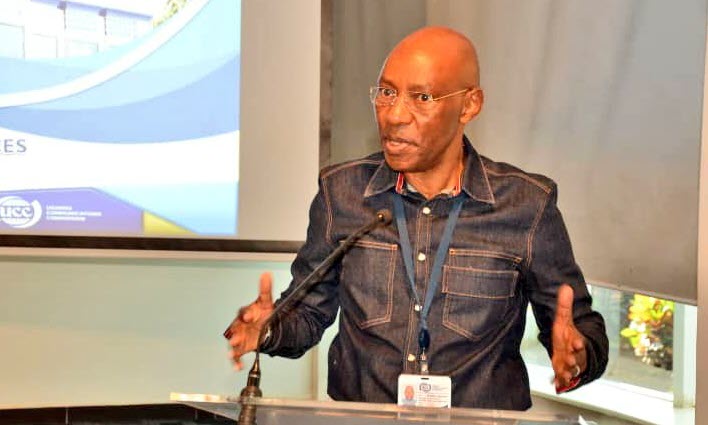 This is the Saturday edition of Your Briefing. Before you start devouring what we gathered for you, we’ve quotes from innovators Elon Musk and Steve Jobs to inspire your Saturday afternoon.

“When something is important enough, you do it even if the odds are not in your favor,” Elon Musk

“I think it is possible for ordinary people to choose to be extraordinary,” Elon Musk

“For you to sleep well at night, the aesthetic, the quality, has to be carried all the way through,” Steve Jobs

“I do not adopt softness towards others because I want to make them better,” Steve Jobs

Minister of ICT and National Guidance Frank Tumwebaze has hinted on the possibility of more MyUG WiFi hotspots opening up to the public once cabinet ministers give the nod to the idea.

Tumwebaze, who was responding to a tweep who asked about the progress of the MyUG WiFi project, said that the current hotspots that are being accessed were rolled out in a pilot program and the reason they haven’t widely expanded the free WiFi sites is due to lack of funds to drive the initiative.

The free WiFi was never a project funded. It was our a pilot initative to open up hot spots in public areas using the unused capacity of #govt offices after 5pm when they close & before 9am when they open. Its only a few public spots and there are many that use it. https://t.co/Xh1ePMqenV

MyUG was unveiled in 2016 so that people can have access to free wireless internet and the number of people using the service has grown tremendously.

There are now 284 MyUG WiFi hotspots/sites in Kampala, its suburbs and Entebbe. You can see all the sites here and how to log in (though most of the times your phone will automatically connect when you are in a location that’s within reach.)

Daily Monitor reported Friday that President Museveni learning the Wim Vanhelleputte had children in Uganda was among the main reasons he pardoned him to return to Uganda and resume his duties. He, however, warned him against getting involved in politics again.

CEO @wimMTNUG is back to work after the President of the Republic Of Uganda, H.E. @KagutaMuseveni exercised his executive discretion & permitted him back in the country. Wim who came with Group President @ShuterRob has been welcomed by the leadership team & staff. #WelcomeBackWim pic.twitter.com/9ajMEnGPWt

The family of the late Ronald Ssebulime who was shot dead after security operatives suspected he was trailing junior ICT minister Aidah Nantaba has petitioned the Director of Public Prosecutions to ask the minister to resign to pave the way for investigations.

The family feels that the police has “feared” to investigate the minister because of the authority and position she holds in government.

Startups are hiring. Zembo, the engineering startup that wants to sell electric bikes in Uganda, is looking for a business team leader.

Vskit, a video social and sharing platform operated by Bloomplay, the music download, and streaming service, is looking for an operations specialist to run Kampala business.

SolarNow, an off-grid solar company, has over thirty positions that need to be occupied. Check out which role you can fill.

The National Bank of Rwanda joined other central banks to caution people against digital currency fraud firms., including OneCoin that are masquerading as cryptocurrencies even before being registered by the government.

Other firms that the Bank warned people to stay away from are Supermarketings Global Ltd, 3 friends System Group, and Kwakoo.

A look at Uganda’s communications sector

UCC has released statistics, giving a summary of the state of the communications sector. The stats show that there are over 24 million mobile subscribers in Uganda, over 180,000 fixed-line subscribers, that internet subscription is at 14 million people for mobile and over 11000 for fixed.

Internet penetration is at 36.8%. We have 8 pay-TV subscribers in Uganda, 40 TV stations and over 2 million subscribers.