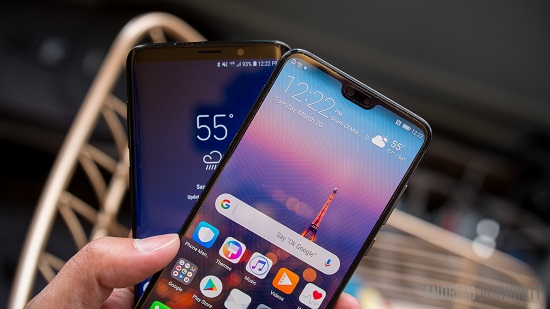 Samsung is currently the largest smartphone maker. However, in the recent past, its sales and market share has been significantly declining.

As Samsung spirals down the smartphone trade slope, its competitors led by Huawei are climbing it.

The growth of other companies is potentially threatening analysts have said Huawei will be ahead of Samsung in the coming year, having trounced Apple to the second place in smartphone sales this year.

Other powerful Android phone makers are Oppo, Xiaomi, Vivo, and Tecno, which is leading the Ugandan market share.

While Samsung’s smartphone market reign appears to be over, the company’s profits and revenues are still growing, and its investment in the tech space is also strong.

This year, the South Korean-based company announced a US $160 billion investment in technology.

However, the money wasn’t focusing on smartphones but rather emerging technologies like 5G, artificial intelligence, automotive electronic parts, biopharmaceuticals among others.

In the video below, TechAltar offers its views on why Samsung could be intentionally letting Huawei dominate the smartphone market.

First of all, according to TechAltar, Samsung must have decided to reduce its focus on smartphones because of the observed decline in the general smartphone sales by all manufacturers globally.

“Samsung is simply shifting their attention from one to the other,” argues TechAltar.

The biggest smartphone market is mostly in developing countries like India and those in Sub-Saharan Africa.

In this market, buyers are so price-sensitive and they rarely buy high-end products.

Markets for high high-end products are getting saturated, according to reports. And with most of these companies churning out products without unique features from their predecessors, these markets are no longer counted on.

This could be why Samsung has decided to invest more in latest technologies. The company is currently the largest chipmaker and they are soon overtaking Sony to become the largest sensor manufacturers.

The same thing has been done by Sony, which is reaping immensely from semi-conductors and play stations.

Inside a technology that could crack Uganda’s security surveillance woes