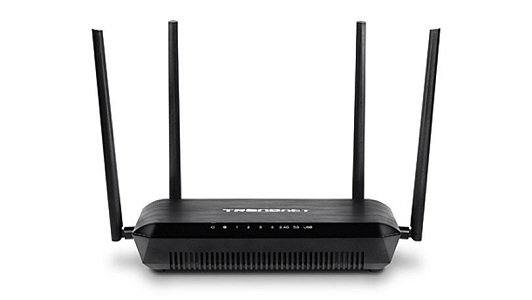 But Wi-Fi is pretty much a necessity these days as it equips us to work from anywhere, anytime.

When your Wi-Fi slows down all of a sudden, or if you are experiencing Wi-Fi lag, you’ll want to get it back up to speed as soon as possible.

In this article, we will show you why a Wi-Fi router slows down after using it for a certain period of time and the best ways to fix the poor connection.

As the number of devices accessing Wi-Fi of a wireless network increases especially in apartments or office spaces where a lot of people with wireless networks are in close proximity, the quality of the Wi-Fi connection will decrease.

Wireless routers typically switch between different channels, depending on which channel is less busy or with less Wi-Fi density.

These many users may be using different ISPs, but the Internet is being broadcasted over the same frequencies and everyone is sharing those frequencies.

Therefore, the more wireless networks there are nearby, the more crowded the channels become, and the routers will have a difficult time finding a free channel

Different scanners for Android phones, e.g. Amped Wireless Wi-Fi Analytics or Wi-Fi Analyser can help scan and see what channels they are on and change your wireless channel if necessary

Heat can also be a reason a Wi-Fi router slows down. This means where you place the router matters.

Most individuals try to put networking components in small places, places where they can build up a lot of heat and destroy internal components.

A good ventilated area, even elevated with proper airflow under and over, or a small fan, is recommended.

3. Malware or use of streaming or torrents

This can adversely affect networking speeds over time and also destabilise the performance of the connected machines.

A malware and virus scan of all connected devices is recommended.

If there are multiple connected devices, turn off one by one as you check to see if the speed gets any better, until you find the device with a malware or using torrents.

Router firmware updates are as important as updating any device’s firmware. A firmware upgrade offers new features and security improvements.

Your router’s firmware is basically the operating system that’s specifically designed to run on your specific make and model of router.

One good reason why your router manufacturer may put out a firmware update is because they’re trying to fix a vulnerability that was detected in the current firmware.

It’s advisable for everyone to know the basics of wireless security. For example, know how to set a password or about the old/outdated encryption that can be breached in minutes (WEP/WPA).

So, the above four points are some of the reasons a Wi-Fi router slows down over time.

What’s the difference between Micro USB and USB type C?