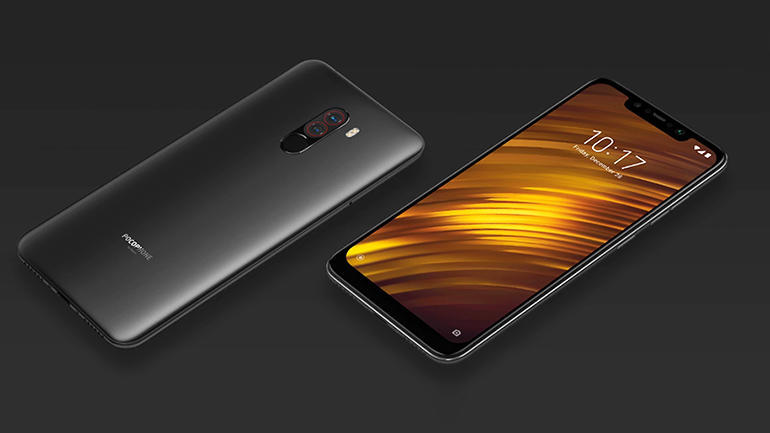 Having shown you Redmi Go, the cheapest Xiaomi smartphone in Uganda, let’s now take you to the other end of the spectrum and introduce to you Xiaomi Poco F1, the company’s highest-end smartphone in Kampala.

Also known as Xiaomi Pocophone F1, the phone has been labeled as the cheapest Qualcomm Snapdragon 845 phone in the world.

A Xiaomi official in Uganda told us that they are currently selling the phone at Shs1.6 million, putting it at a higher price than Tecno’s Phantom 8, which currently costs Shs1.09 million on Jumia and at around Shs1.2 million in Tecno mobile shops in Uganda.

Prices on Jumia are always lower than what you’ll spend when you go to a shop.

The making of Xiaomi Pocophone F1

To reduce costs, unlike its counterparts like Nokia and Honor that are making glass and metallic phones, Xiaomi gave Poco F1 a body made entirely out of plastic polycarbonate. It comes in black, blue, red, and Kevlar colors.

Xiaomi Pocophone F1 is lined with thick bezels (chin and forehead of the screen) and a notch has been added to hold an earpiece, a selfie camera, IR emitter and a receiver for facial recognition.

On the left side of the Poco F1 is a SIM tray and on the right of the device, the Chinese handset maker placed the volume rocker and a power on/off button.

Sitting at the bottom is a speaker and a USB type C port. You’ll find a 3.5 mm audio jack on top.

The IPS LCD panel of this Mi phone has a 1080×2246 pixels resolution, a contrast ratio of 1500:1 which you can manipulate to get 500nits of brightness. For protection, Xiaomi sealed Poco F1 with Gorilla Glass 3.

Must read: Xiaomi smartphones in Uganda: Prices and specifications

With a 4000mAh battery, the device is powered by Qualcomm’s 2018-star attraction, Snapdragon 845 chipset, which gets a wingman in Andreno 630 GPU. This impressive engine is coupled with RAM variants of 6GB and 8GB, depending on how much you are ready to spend. The ROM is 256GB UFS 2.1.

The second sensor on the rear is a Samsung made 5MP depth sensor. On the front, there is a 20MP selfie camera with support for pixel binning.

If you are a seriously visual person, the screen of the phone allows fiddling so you can achieve the best view through playing around with colors.