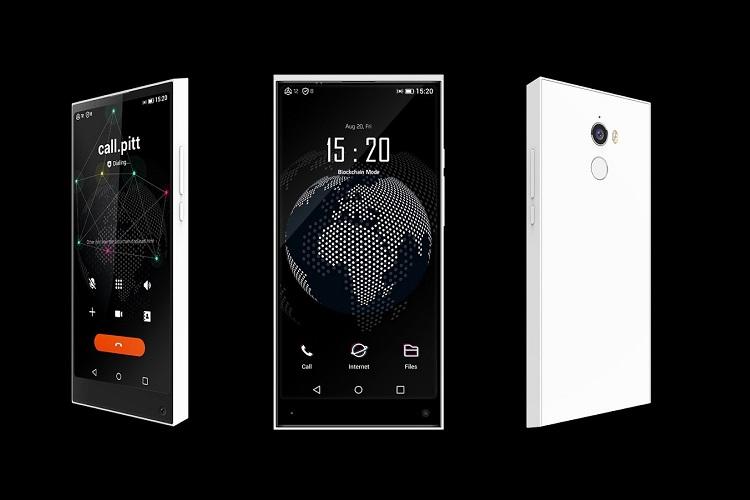 Pundi X, a Singapore based technology company on Tuesday officially launched in Kigali, Rwanda its smartphone powered by blockchain technology.

The startup unveiled the phone, XPhone, at the GSMA Mobile 360 Africa and it said it was the first blockchain mobile phone launched in Africa.

“The XPhone allows everyone to make a phone call on the blockchain,” Zac Cheah, the company’s chief executive officer said while unveiling the phone.

Cheah proceeded to invite on stage the host of the event Anna Ekeledo of Afrilabs to make what he called “Africa’s first blockchain phone call.”

Unlike many phones powered by Android, IOS and Windows systems, the XPhone is powered by Function X (FX) operating system – a blockchain system.

But what exactly is a blockchain phone?

According to Pundi X, a Blockchain phone uses Blockchain technology which powers many things like Bitcoin, digital land titles, and medical records.

With XPhone, users are connected to the Blockchain – everything they do from texting and calling to taking photos and browsing is transmitted via the Blockchain.

In this sense, users are in control of their data. In a case of Rwanda, for instance, if you had an XPhone, MTN or Airtel would not be able to access your information.

Blockchain as an emerging technology is increasingly becoming popular with many applications being invented every day.

The technology is mostly known for financial services. This is the technology that powers Bitcoin and Ethereum (the world’s top digital currencies).

The technology enables people to own digital money and transact between themselves without the presence of intermediary or central authority like financial institutions.

In some parts of the world, people are already using bitcoin (a form of electronic money) to make transactions without the need of banks, purchase goods and services and buy music online.

But blockchain technology is generally considered to have other real-life applications like helping in designing smart contracts, enable digital voting, create digital Ids, and enhance supply chain management, just to mention but a few.

In the case of XPhone, there is no centralized service provider, making it secure as consumers are in charge of their own data.

The XPhone has an open-source which means that anyone that is interested to build applications and services can do it easily.

The phone also enables for a smooth transition between Blockchain and traditional Android mode.

The company says it plans to produce only 5,000 XPhones in late 2019, but that it was looking to partner with telecommunication companies to produce more blockchain phones.

However, Zac Cheah and his startup are likely to face quite some questions regarding whether the new phone could be easily commercially and widely accepted as people take a while to adopt some of these complex technologies.

Government regulations and approvals could be another puzzle for the entrepreneurs since most governments across the world have been less responsive to large scale adoption of blockchain technology.