Airtel Money charges for transferring money from your bank account to your mobile wallet have been more than tripled, shortly after the telco announced it was reducing the fees for sending money among Airtel Money users.

Earlier this year, MTN Uganda also raised its bank to mobile money tariffs by percentages in the neighborhoods of what Airtel Uganda has done.

However, for Airtel to increase its digital money transfer charges shortly after rolling out a promotion that it said was aimed at boosting financial inclusion reeks of hypocrisy.

According to the new Airtel Money charges, for small amounts of money, the sending fees have been either reduced or maintained. But from above Shs60,000, the charges were dramatically increased.

If you think that’s the highest percentage increment, then you need to see what you’ll pay to move any amount above the aforementioned figures.

To move any amount between Shs4 million to 5 million, it currently costs Shs4,450, according to the new Airtel Money charges, you’ll begin paying Shs16,500 to transfer an amount in that range. This is a percentage increment of 271%.

When you are moving small amounts of money, banking with Airtel Money is the ideal option. Why? Because with MTN Mobile Money, from Shs5,000 to Shs125,000, you’ll be charged Shs1,500. (Click here to see current MTN bank to mobile wallet charges.)

But with Airtel Money, you can send an amount below Shs45,000 for less than that (see table at the end of the story).

Then, after that, Airtel starts charging what MTN charges in some ranges or even more.

For making payments, both Airtel Money and MTN Mobile Money charge the same amounts in most ranges. (Refer to the table for Airtel charges and click here to see MTN rates on payments.)

Note: Airtel has reduced the rates for making payments. 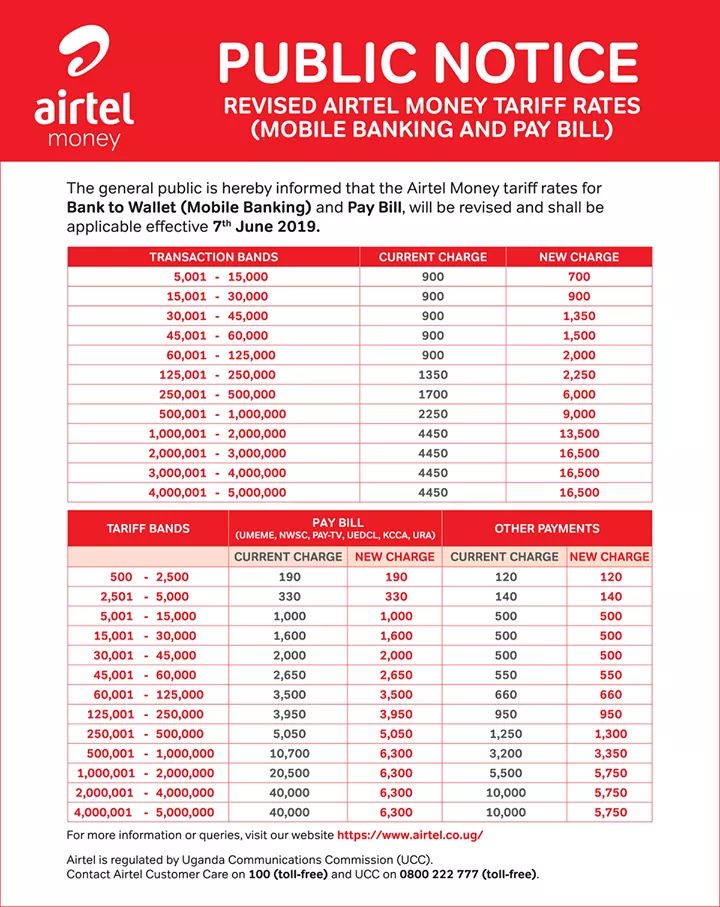 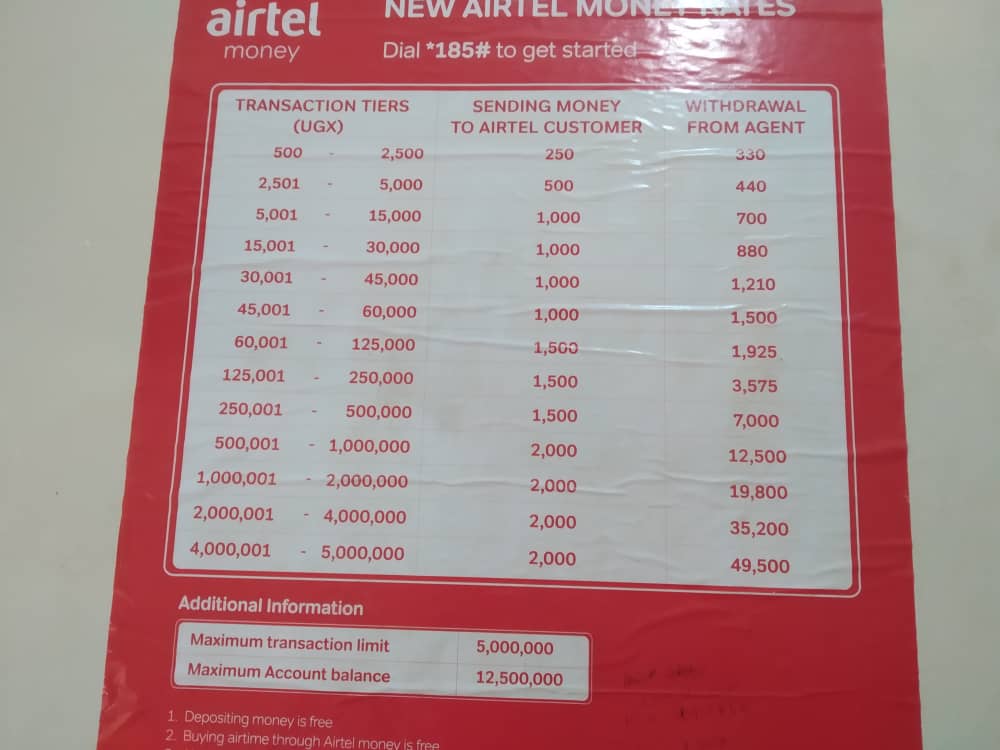