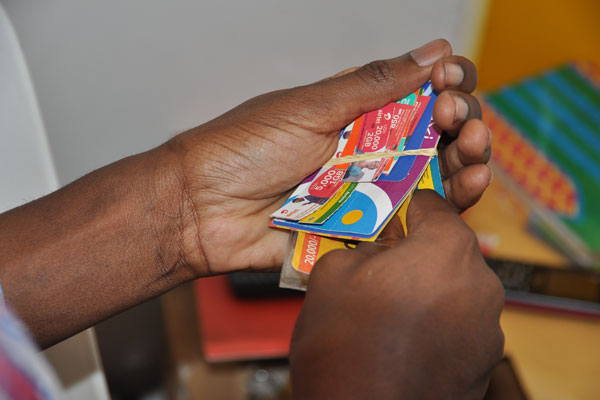 The move by the Uganda Communications Commission to ban the sale of airtime scratch cards is being criticized, with most of the critics saying it is going to financially exclude rural people.

According to the World Bank, financial inclusion means that individuals and businesses have access to useful and affordable financial products and services that meet their needs – transactions, payments, savings, credit, and insurance – delivered in a responsible and sustainable way.

Christopher Musoke, a financial inclusion consultant, says that majority of people living in rural areas will find it difficult to access mobile money agents for electronic loading of airtime.

The Finscope Uganda 2018 report which was released in June showed that adult Ugandans, those above 18 years living in rural areas are significantly less likely to have mobile phones and access to the internet than adults living in urban areas, making it less likely to be financially included.

Though the report indicated that the number of financially included people had improved with the increased penetration of mobile money, the usage of digital payment services on a daily basis was still low. For instance, according to the survey, only 9.7 million people in a population of 40 million have mobile phones. only 1.9 million of the 9.7 have access to the internet and can be reached digitally by financial service providers.

Though the government has said there are over 23 million registered mobile money users, it is worth noting that most people always register their sim cards on the mobile money service when acquiring the sim cards even when they are never going to use the service. So, you will find a person having three sim cards that are registered on mobile money, yet they are using only one or none.

With the introduction of taxes on mobile money transactions, the service is going to be even further abandoned. While banks also provide services like buying airtime, there is a need for more infrastructure expansion and banks have said that the investment in rural areas is not worth the returns. Most rural dwellers also need sensitization about such services.

Must read: After the scratch cards ban, here is how you can buy airtime

Musoke says that UCC should reconsider the directive if the rural people are to be included in the new development. UCC said they majorly banned the sale of scratch cards because they want to reduce criminality in the country. Some criminals are masquerading as vendors, they say.

Pamela Ankunda, a spokesperson for UCC told this website that they agreed with telecom companies to stop distributing the scratch cards on the set date since they estimated that by July 31 the stock would be used up.

“We agreed with telecoms that they will phase the scratch cards out with time. We agreed that they will replenish their stocks and that they will not order for more,” said Ankunda, adding that the regulator wants to do away with the lack of traceability in the chain of distribution and sale.

“These telecoms only deal with the big dealers like Simba Telcom which sell these scratch cards. If you are Simba Telecom and you sell to retailers, there is no traceability to the last person who has purchased the scratch cards.”

Asked on how they will cater for the people living in remote areas where the electronic services might not easily be accessed, Justina Ntabgoba-Kayemba, the Senior Manager Corporate Affairs at MTN Uganda said that the infrastructure will be rolled to out cover all the rural areas. She added that the development won’t be as inconveniencing as many [people] are anticipating. According to her, MTN is installing the necessary infrastructures to reach their customers countrywide.

In the new development, airtime vendors will now have to first register with telecom companies. Those who will have the cards still stocked at the time of the deadline, they will be refunded with electronic airtime.

Why vendors raised airtime prices; how scratch card phase-out will affect them