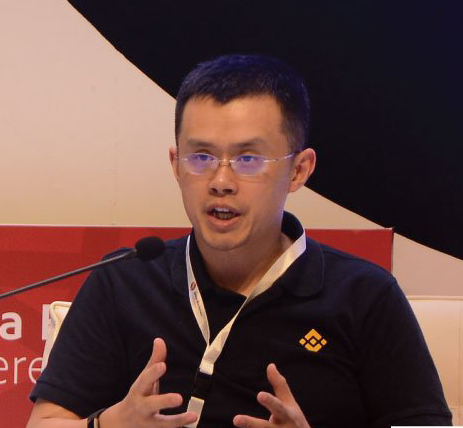 The founder of Binance, the world’s largest crypto-currency exchange, Mr. Zhao Changpeng, has rallied the Ugandan government to invest more in boosting internet penetration across the country in order to significantly benefit from emerging technologies like blockchain.

Also known as CZ, the billionaire was speaking at the first ever African Blockchain Conference at the Kampala Serena Hotel on Thursday, and his call was prompted by people who repeatedly asked him how Uganda will immediately benefit from blockchain, a technology that allows digital information to be distributed but not copied thereby creating the backbone of a new type of Internet.

The new technology has gained global attention that it has built trust into systems used for transfer of value information such as money and intellectual property.

According to experts, Blockchain technology can be used in Uganda, to address several ongoing challenges in the country like authentication of land titles, eradicating the problem of counterfeit drugs entering the country and authenticating of university degrees.

The first application of Blockchain technology globally was crypto currency, a type of digital currencies that are cryptographically secured and distributed on network.

Binance is a platform that is used for exchanging crypto-currencies.

And, according to CZ, for such technologies to take off in Uganda, there is need to first enhance the internet penetration, which he said was still “very low.”

“… we need to focus more on spreading internet coverage; internet penetration is very low in Uganda …,” he observed.

The latest report on internet penetration in Uganda was released in 2017 and it showed that more than 17 million people were using the internet out of a population of more than 40 million people, showing significantly low reach.

With this little number, however, an earlier report by Internet World Stats had shown that Uganda was at position 15 in countries with the highest number of internet users in Africa, and only beaten by Kenya in the East African region. Kenya was at position number one with internet penetration of 77.8% while Uganda had a percentage of 31.3%.

CZ’s comments hold very potential truths because countries with high internet penetration in Africa like Kenya, South Africa and Mauritius are already applying or testing the blockchain technology in a number of sectors.

The penetration of internet in a given country is determined by various factors, including quality of education, infrastructure development, government policies, cost of phones and tariffs among others.

Some of the emerging technologies like The Internet of Things, blockchain and autonomous cars require strong networks like 5G to operate very well, yet the penetration of 4G in sub-Saharan Africa is still very low.

Uganda, according to Minister of National Guidance and ICT Frank Tumwebaze, is already making efforts alongside telecom operators to ensure that in the coming few years there is a minimum of 3G network in remote areas, and 4G and 5G in urban centers.

The Government of Uganda (GoU), through NITA-U, is also implementing the National Data Transmission Backbone Infrastructure and e-Government Infrastructure (NBI/EGI) project to connect all major towns across the country including Government Ministries, Departments and Agencies via an optical fiber cable network.

With this, the government hopes to reduce the cost of public administration, support delivery of secure e-Government services as well as enhance communications services in the country.

Starting July 2018, according to NITA-U, the charges will reduce further to $50 per 1Mbps.

Meanwhile CZ, who was visiting Uganda for the second time, had in April of this year told President Museveni that he wants to set up Africa’s largest crypto currency exchange in Uganda to lead to the inflow of capital into the Ugandan economy.

The President welcomed this development and pledged Uganda’s commitment to becoming a global Blockchain destination.

The talent pool project is slated start with the training of 1,000 blockchain experts, who will in turn train others.

The training is expected to empower the youth to build various businesses that can attract investment through Initial Coin Offerings (ICOs) which are a blockchain based crowd sourcing mechanisms.

At the African Blockchain Conference, he provided US dollars 10,000 to facilitate a pitching competition on how blockchain technologies can be utilized in developing countries like Uganda.

Speaking at the event, he said: I was very impressed by the number of ideas that were proposed by the winners in the competition; so, I think … the next key step is to execute them and realize them into real products … and that’s really, really the hard part. The concept is always the easy part, the harder part is to make concepts into real world applications.”