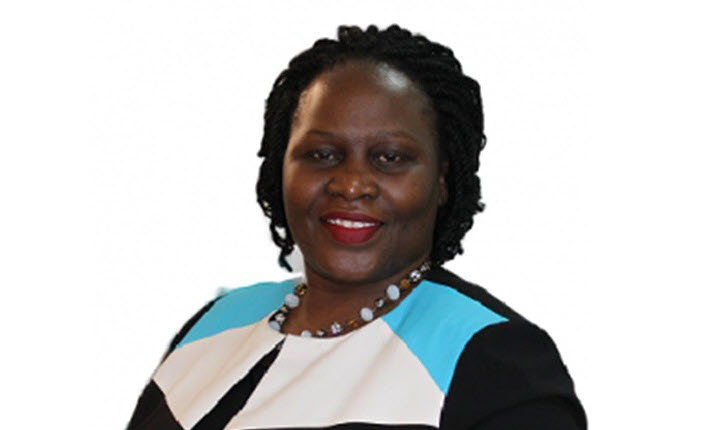 Edroma Enid was recently appointed by the MTN Board of Directors to replace Anthony Katamba as the general manager of Corporate Services at MTN Uganda.

In an internal memo obtained by SautiTech, the acting MTN Uganda Chief Executive Office (CEO) Gordian Kyomukama announced that Edroma was taking over office on February 20, 2018.

She reports directly to the CEO, according to the memo.

Before occupying her current position, she was serving the company as the manager for Risk and Compliance.

In June 2018, Edroma Enid scooped her first job at MTN Uganda after being appointed to head Legal Affairs at the company. This office was at the time occupied by Katamba who would move on to manage Uganda’s largest telecommunications company’s Business department.

Edroma was picked from the National Identification and Registration Authority (NIRA). She sat on the Authority’s board as a secretary. She was also director of legal affairs at nira.

A holder of a Bachelors of Law (Corporate and Commercial) from Makerere University, she has also worked with Shell Uganda (3 years), Zain (now Airtel Uganda, for 2 years).

Edroma Enid left Smile Communications Uganda where she had worked for 3 years to join nira.

Why govt is cracking the whip on MTN Uganda