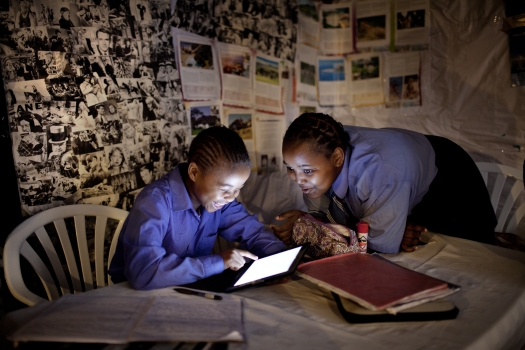 More than a year after Facebook commercially launched Express Wi-Fi in five markets, it is ready to bring the connectivity service to the sixth: Ghana.

In partnership with telecom operator Vodafone Ghana, Facebook on Friday launched Express Wi-Fi in the suburban communities of the Western African nation.

The connectivity service, which is part of an Internet.org initiative, will help bridge the digital divide, said Yolanda Cuba, CEO of Vodafone Ghana.

“We are effectively saying to the communities where we cannot deploy fiber that there is a solution that we can give to you and we are giving connectivity at the cheapest rate in Ghana,” she said.

In a televised interview with a local TV channel, Vincent Sowah Odotei, Deputy Minister for Communications, commended Facebook and Vodafone Ghana for their efforts, which he said were in line with the local government’s push to bring more people online.

To launch Express Wi-Fi in a market, Facebook partners with local telecom networks and service providers and offers low-cost sachets of data packs to users in rural regions.

In Ghana, these data sachets start at as low as GHC 1 (20 cents). This is in contrast to Free Basics’ marquee service, which offers users unlimited access to a handful of websites.

“With these new access points, we can enhance people’s experiences, improve service quality, and make it easier for operator partners to set up and manage hotspots,” a company spokesperson told VentureBeat in December.

That’s the only update Facebook has shared on the Express Wi-Fi program since launching the service in five markets (India, Kenya, Indonesia, Tanzania, and Nigeria) in 2017.

See: New report reveals how to maximize your Facebook reach in 2019

It remains unclear what kind of headway Facebook has made with Express Wi-Fi in the markets it has made the connectivity service available.

A spokesperson declined to share an update on this front. Express Wi-Fi’s India head Munish Seth, who had joined the company from Nokia in 2015, resigned early last year.

Ever since India booted Free Basics in early 2016, Facebook has seemingly grown cautious about its connectivity efforts. The company has stopped updating the social media page and press page of Internet.org.

Last year, we learned that Facebook had quietly pulled Internet.org from a handful of emerging markets.

In recent months, however, it has quietly expanded Internet.org to two new markets — Morocco (in North Africa) and Laos (in Southeast Asia).

How to connect to government’s free Wi-Fi MYUG