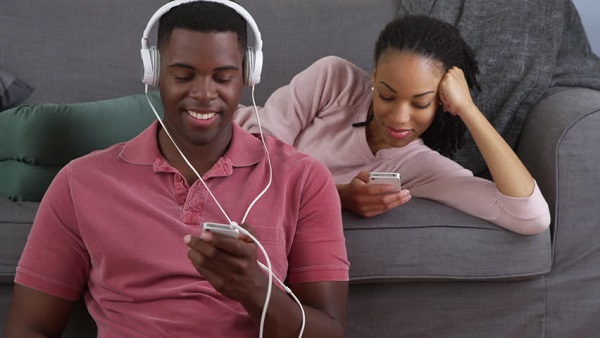 Internet access in most countries remains significantly low, with affordability being mentioned as one of the largest barriers to digital inclusion, according to a 2016 report from PwC, which also found that global data prices would need to fall by 90% on average to make the internet universally accessible.

Part of the reasons as to why data becomes expensive for the end user is because of the infrastructure internet service providers have to invest in.

To address some of these challenges, some startups have started developing solutions this cost barrier; dubbed mesh networks, they can extend existing ISP infrastructure and connect those on the outskirts of connectivity.

Mesh networks were originally developed for military use but they are now becoming practical for mass commercialization. Mesh technology solves the problem of deploying network signal coverage to a relatively large area, spanning 1,000 square feet or more, where there are no pre-existing Ethernet systems.

According to experts, greater mesh penetration can lead to an improved distribution of surplus data resources across global societies, offering developing world populations access to new opportunities increasingly defined by sharing and enabled by mobile-internet connectivity.

In Africa, RightMesh is already working on this. Combining blockchain technology with crowdsourced ISP capabilities, RightMesh is exhibiting the next iteration of mesh networking.

The RightMesh application runs on the Ethereum blockchain, which functions both as a distributed ledger and a programming language. The latter enables developers to create decentralized applications on top of open-source cryptographic systems and mint application-specific virtual currencies (or tokens) that people can use to purchase goods and services within the network.

Now, RightMesh has announced a partnership with Golix cryptocurrency exchange to boost online connectivity using cryptocurrency as an incentive for users to share mobile data within a self-forming, self-healing mesh network.

The development, which was reported by AppsAfrica comes after RightMesh recently closed a $30M USD token generating event in advance of their future platform launch.

Speaking to AppsAfrica, RightMesh CEO & Co-Founder said that in order to start bridging the digital divide “we need people living in areas with poor infrastructure to have access to RMESH tokens so they can start connecting with each other using their smartphones.”

He added, “Golix makes it easier for the people of Uganda to buy and sell cryptocurrencies, and we look forward to working with them to have a real and lasting impact for those living in this region.”

With the agreement, according to AppsAfrica, RMESH tokens became available for all Golix users living in Uganda starting September 3.

Founded in Zimbabwe, Golix aims to boost financial autonomy and security in Africa by allowing easy access to trade cryptocurrency. However, they are no longer operating in their home country since their government banned cryptocurrency. They are now currently operating in Kenya, Uganda, Tanzania, Nigeria, Rwanda, Cameroon and South Africa.

According to Golix CEO, the two companies will work together to power the growth of digital inclusion by reducing the cost of internet connectivity.

“In Africa, it’s very expensive to be poor. On the hand, the privileged few who can afford good subscriptions mostly underutilize their internet subscriptions and pay for more than they actually use. By reducing the cost for the former to get connected, and providing a benefit for the latter for sharing their connection, RightMesh solves this problem for both demographics. We have needed a solution like this in Africa for years!”

“As we bring financial autonomy to more people across Africa, improved internet connectivity is crucial in accomplishing this goal. It is important for us to work alongside companies like RightMesh by listing their token on our exchange and assisting them in deploying their app in countries where improved connectivity is badly needed,” added Kembo.

With the current introduction of social media tax which has increased the cost of using the internet, the direct peer-to-peer communication methods provided by mobile mesh networking with RightMesh could avoid those high fees because data does not travel through a central ISP.

RMESH tokens are attached to the RightMesh platform and will be used for purchasing mobile data from others once the protocol goes live. The RightMesh Soft Mainnet Launch is planned for Q1 2019 in conjunction with the launch of its first commercially available app.

How African countries are applying blockchain to transform service delivery