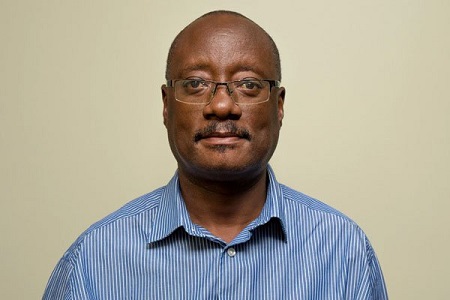 Gordian Kyomukama who has been the chief technology officer at MTN Uganda has been appointed as the acting chief executive officer (CEO) following the deportation of Wim Vanhelleputte.

Vanhelleputte who hails from Belgium was deported from Uganda Thursday evening.

Internal Affairs Minister Gen Jeje Odongo said in a letter that the now-former MTN Uganda CEO was to stay outside Uganda indefinitely.

In a Friday statement, MTN said it had not yet got details on why Wim Vanhelleputte had been deported from Uganda.

“We are understandably concerned about these developments and are engaging with the authorities to seek understanding that would lead us to resolve this matter. To ensure business continuity, we have appointed Mr. Gordian Kyomukama, currently Chief Technology Officer, as Acting Chief Executive. Our focus continues to be on delivering the best quality products and services to our customers,” the telecom company said in the statement.

The deportation of Vanhelleputte comes shortly after his juniors were also sent packing. And these include the chief marketing officer, Olivier Prentout, the mobile money general manager Elsa Mussolini and Annie Tabura who was the general manager for sales and distribution.

The troubles of MTN Uganda started when, in July 2018, the Internal Security Organisation (ISO) raided their data center in Mutundwe, a Kampala suburb and took away some property.

Various accusations have been brought up, including senior officials engaging in espionage activities, money laundering and facilitating schemes to topple the government.

Reports now indicate that a team led by Deputy Inspector General of Police (DIGP) Sabiiti Muzeeyi is closely probing into the matter.

According to multiple profiles about Gordian Kyomukama, he was born in Kabale town, a place he stayed until he completed his primary school.

For secondary education, he went to St Mary’s College Kisubi from where he moved to study Electrical Engineering at Makerere University and later advanced courses in Telecommunications engineering in Malaysia and Germany.

He has since worked with Uganda Telecom (UTL), Celtel (now Airtel).

Gordian Kyomukama has served under different roles at MTN, within and outside Uganda: Liberia and Ivory Coast.