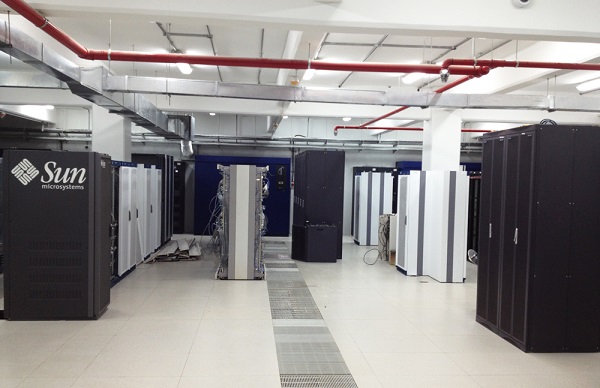 Unknown agents alleging to be attached to the Internal Security Organization (ISO) on July 2, 2018, descended on telecommunication giant MTN’s IT Data Center located in Mutundwe, Rugaba Division, Kampala — SautiTech has obtained a document with the details.

The document is a letter written by MTN Uganda Limited to the Uganda Communications Commission (UCC), which is the communications regulator, and the letter has since by received by ISO.

According to the letter, the said ISO agents “kidnapped” Moses Keefah Musasizi at around 5:00 pm. Keefah is a manager Data Center Facilities at Huawei Uganda, a company that has a working partnership with MTN and it is Keefah that is responsible for physical access to the Center, according to the letter.

Though in the letter MTN doesn’t indicate where Keefah was picked from, they say that he was taken by the agents to ISO offices at Nakasero, a leafy suburb in Kampala and held there until 9:00 pm.

It is from there that he was taken to the Data Center and forced to give the “kidnappers” access to the Center, after which he was “directed to disconnect four servers in our Data Center”.

MTN says that the intrusion was “properly” captured by CCTV.

MTN says that the above vandalism has severely impacted the processing of all Call Data details and resolution of customer queries, processing of Service information for their different products and processing of business financial reports.

The case has already been reported to the police. “MTN Uganda has, owing to the above breach of security, reported to Police a case of illegal intrusion into the Data Center and the disconnection of four information servers,” reads the letter. ” We await police investigation to determine the nature and motive of the above officers.”

Brig. Richard Karemire, the UPDF spokesman; Val Okecho and Pamela Ankunda, mouthpieces for MTN and UCC respectively were not readily available for comment.

MTN says it did not receive any court document notifying them about any emerging search. There are already two prominent speculations that are being pronounced as the reason for the raid — one is that MTN has been under-declaring its revenue as President Museveni revealed recently and the second is that MTN was using the Center to spy on senior government officials on behalf of Rwanda.

Below is the letter from MTN to UCC. 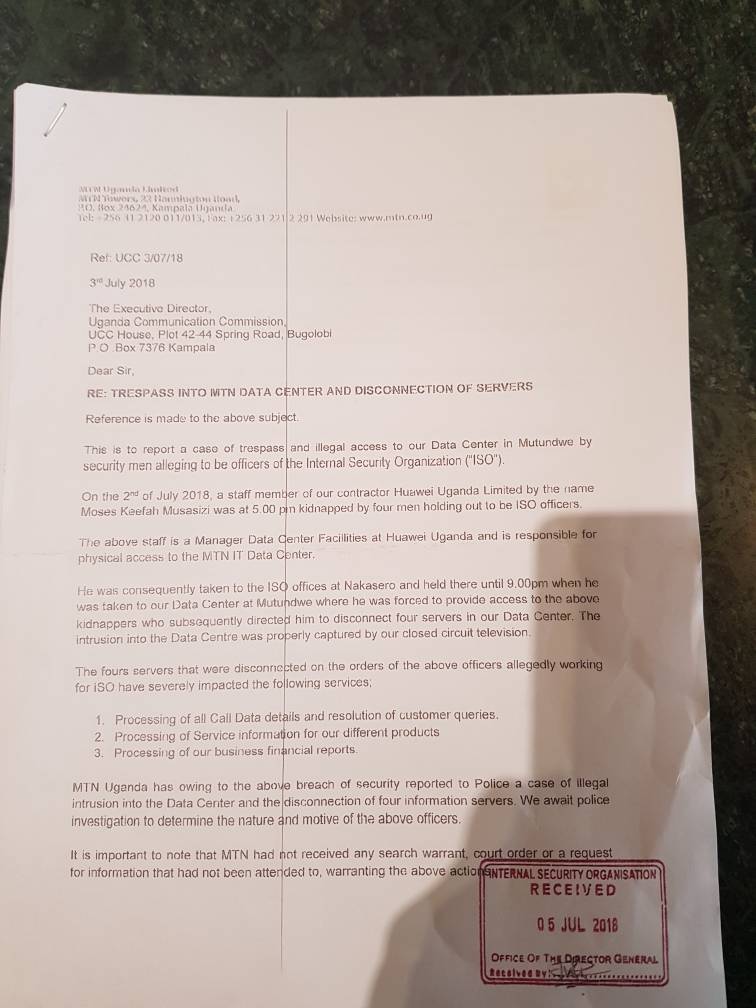 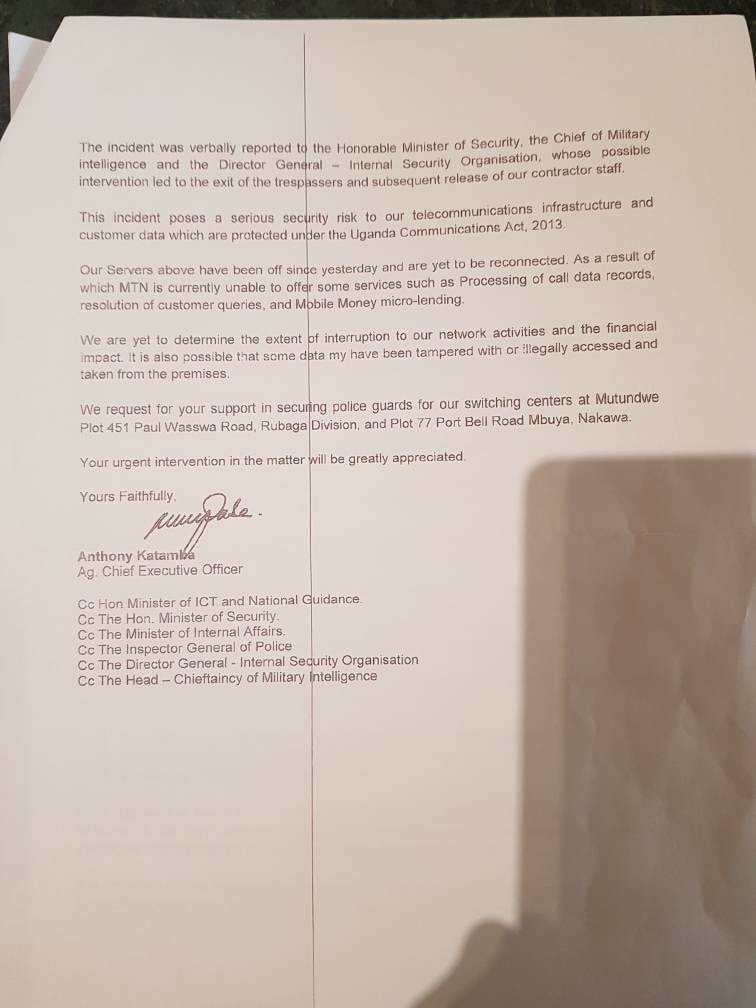