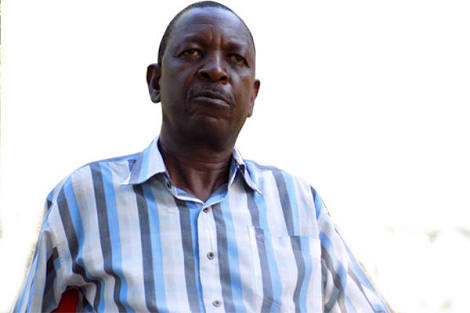 The Director General of Internal Security Organisation (ISO), Col Frank Kaka Bagyenda, and the Attorney General (AG) have been dragged to court for ordering the raid on the MTN data center in Kampala on July 2, 2018.

In a petition filed before the High Court Kampala on Wednesday, the petitioners; Bonny Akol, Kenneth Kugumaho, and Ronald Tugume, claim the raid is illegal and unconstitutional.

The claimants also accuse Col Kaka of directing and monitoring a raid on the Ministry of Lands on July 10 and breaking to the National Lands Information System Centre.

“The ministry of lands uses the National Lands Information System Center where crucial information regarding certificates of title is kept and many landowners in Uganda have personal information and interest in the system any unlawful access violates articles 26(1), 27 1(b) and 27(2) of the Constitution,” they assert.

The court will soon write to Col Bagyenda to file his defense before fixing a date for trial.

Col Bagyenda later justified the raid, saying it was prompted by a few investigation tips, which he did not disclose. He added that telecom companies are not immune to security checks.

The raid on the offices of the telecommunication giant by security operatives was precipitated by allegations that the company was evading tax and to find call data on some suspects being held in connection with the murder of former police spokesperson Andrew Felix Kaweesi.

However, Mr. Charles Mbire, the company chairman said contrary to various media reports, “MTN is not aware of any investigation into alleged breach of national security involving it or tax evasion on its part.”

In the court petition on Wednesday, the concerned citizens also sued Col Kaka for parading suspects on July 9, 2018, before the media an act they allege violates Articles 28(3) (a) and Section 10(2) (b) of the security Organisations Act 1987.

“The agents of AG under the Internal Security Organisation operate a safe house in Kyengera from where Ugandan citizens are tortured and the UPDF arrests and prosecutes civilians from the Military Court Martial,” the petition reads in part.

They want the court to declare that the arrest and detention of citizens by ISO is unconstitutional and order for immediate closure of all safe houses operated by the spy agency.