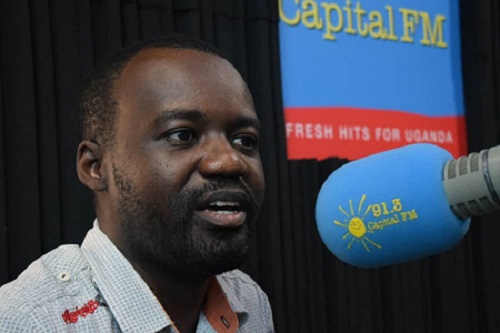 In 2009, when WARID Telecom rolled out its Pakalast advert, marketing its voice bundles, Eric Mununuzi was 22.

The advert, immediately after it hit airwaves, became a societal sensation of the time, in 2011, it was a common jargon during political campaigns.

A year into its roll-out, the advert was named the best innovative product of 2010 by Uganda Communications Commission (UCC) at a glamorous ceremony held at Speke Resort, Munyonyo.

Today, Eric Mununuzi is 31 and this year the advert he helped create would be celebrating nine years.

However, both the company that used the advert and the ad itself have since, somehow, been consigned to oblivion.

In some sections of the creative industry, people behind the creation and production of some works we admire scarcely get seen, much less become famous.

For instance, in the movies, actors are more celebrated than the creators, same as in music; scriptwriters are, only occasionally, heard of.

The advertising industry is no different. (Google the most popular adverts, you’ll get countless results, but do it for most popular copywriters, and the results are scanty.)

But, with the evolution of the communication industry, the world is starting to change.

This year, another relatable advert was rolled out by the telecommunications giant MTN Uganda.

This time, when the advert started making rounds, the inquisitive minds of social media, started demanding to know who the creative behind the advert is.

On August 31, TBWA/Uganda, on their social media, posted a picture of three men; on the left was Eric Mununuzi, the scriptwriter of the MTN Momo advert, featuring the now popular character, Bosco Katala.

By now you probably know Bosco, the man who’s taken Uganda by storm in @mtnug’s MoMoPay campaign. You may not know the TBWAUganda team members who created his story: @EricMununuzi, who wrote the TV ad & song, & Xavi Kirabira, the Art Director. Thanks guys, now get back to work! pic.twitter.com/d5n7RBggNd

As he appeared on the TWBA/Uganda pages, others Ugandans dug up to discover that he had helped script the lyrics for the Pakalast advert, bringing it back to memory.

But did you know the same creative who gave us MTN's Bosco Ad in 2018 is very same guy who gave us Warid's Pakalast in 2009?

Don't argue with me. This guy is tapped deep into the Ugandan psyche.

While in 2009 Mununuzi produced work and remained behind the scenes, his work has now brought him in the limelight. Social media has mostly done it.

This past Sunday, he was hosted by Simon Kasyate on Capital FM to tell how the advert came about and other things that have merged together to put him at his current position in life.

At TBWA, the marketing agency that signed the contract for the advert, Mununuzi works as the associate creative director. Casually, you can call him a copywriter.

In the making of the advert, his main role was writing the content. In the content, the main character was a person that would later be named Bosco.

When Kasyate asked him how he came up with the name, he said they had listed multiple other names, but in the process, he remembered his old boy called Bosco who bullied him in primary school.

So, they decided to use Bosco.

The content was also partly inspired by the movie ‘Gods Must be Crazy’, which narrates a story of a guy transitioning into a modern lifestyle, doing ridiculous stuff in the process.

By naming this character Bosco, it would be “payback”, he jokingly told Kasyate.

Siraje Kasirye, the character who plays Bosco Katala, in the MTN advert, is no differently portrayed.

We see him entering a supermarket with a bike and climbing an escalator with it among other comical things.

Essentially, just as in the aforementioned 19th-century movie, it is a story of discovery.

Siraje Kasirye, 34, was born in Kyebando, a suburb in Kampala and he is an actor.

Because of the choice of the character, lyrics and the Kadongo Kamu rhythm, the ad has become so widespread and resonated with everyone.

By doing something no one would expect at such a time in life, Mununuzi took an outlier risk and it has worked.

Like the American writer, Denis Waitley has said: “Life is inherently risky. There is only one big risk you should avoid at all costs, and that is the risk of doing nothing.”

And like the Pakalast ad, which was borrowed by politicians, this one has also garnered their attention, though this time around, to ridicule some of them, making it very popular.

Eric Mununuzi had his primary education at Homisdallen School in Kyebando, a Kampala suburb. From here, he went to Kiira College Butiki for six years.

Born in Iganga in 1987 to Betty and George Kitakufe, Eric Mununuzi utilized his time at Butiki to nurture his creative talent by participating in drama activities.

Drama was compulsory in the school and he won multiple prizes.

At University, he studied Mass Communication and he says he didn’t know about copywriting as a career until someone phoned him up for a job in the sector.

Edris Kamuli, a creative director, who gave him his first job at MAAD Advertising in 2009, identified him through his blog.

Mununuzi’s blog has a ton of content and he updates it up to now.

It is with Kamuli that they did the Pakalast advert.

In his nine years in the industries, he has produced content to market products for other major brands like Isuzu, Nile Breweries and Umeme (Yuwo, an advert for reporting power theft.)