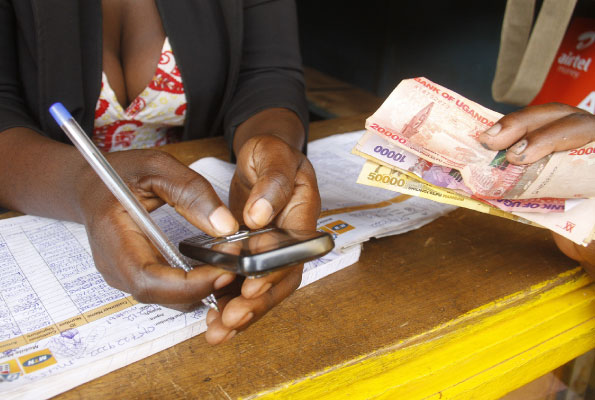 The country is losing billions of shillings in taxes on mobile money after Bank of Uganda (BoU) officials on Thursday revealed that following the introduction of the new tax, transactions declined by Shs672 billion in the first two weeks of July.

According to BoU Director of Statistics Charles Abuka, the introduction of the 1% percent tax on Mobile Money following the announcement of the Excise Duty Amendment Act, 2018, has affected revenues of telecom companies.

He was appearing before Parliament‘s Committee on Finance on Wednesday.

Mr. Abula revealed that the central bank has recommended a more broad-based taxation policy that won’t hurt sensitive sectors of the economy.

“It is not the case that high taxes help to generate revenue; it might be the case that when you lower them you get more advantages that can have positive impacts on government revenue,” Mr. Abula said.

Appearing before the same committee, MTN Uganda chief executive officer Wim Vanhelleputte revealed that they have lost 30 percent revenue following the introduction of the tax on mobile money.

“In general, four weeks up to Sunday [July 29, 2018], after we have implemented [the new tax], we are down in terms of revenues by about 30 percent compared to June,” Mr. Vanhelleputte said.

“We expect with a continuous downward trend…if the current tax regime is maintained; our expectation is that if the existing tax regime would remain unchanged, we will continue going down farther beyond the minus thirty per cent, maybe even 35 per cent or even 40 per cent by the end of the year,” he said.

He said that as a result of the tax, their mobile money agents are getting 40 per cent less of what they used to earn.