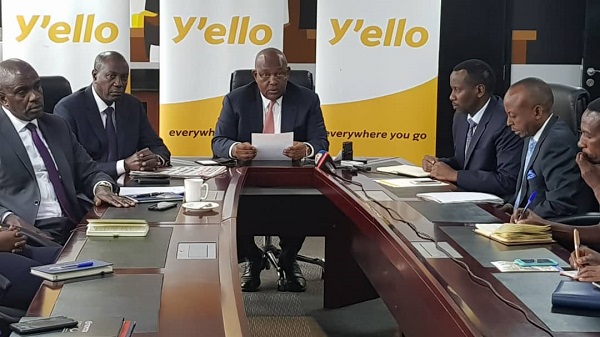 Telecommunications giant MTN Uganda said Monday that their Data Center was not compromised, despite the raid that occurred at the facility located in Mutundwe, Rubaga Division in Kampala.

The swoop on the MTN Data Center occurred after two employees of Huawei Uganda (a contractor of MTN Uganda) were kidnapped from MTN Towers, Hannington Road by heavily armed men in civilian clothing who claimed to be Internal Security Organisation (ISO) agents on Monday, July 2 at around 5pm, according to a statement from MTN.

The kidnapped individuals were then illegally detained by their captors before being forced to grant them access to the facility.

Though in a statement in which MTN was reporting the raid to Uganda Communications Commission, it indicated that swoop had severely impacted the processing of all Call Data details and resolution of customer queries, processing of Service information for their different products and processing of business financial reports, in a Monday statement they indicated that because of the robust system that was installed at the facility, the agents were not able to compromise it.

Must Read: Roundup: Tech news you could have missed this past week

A video footage about the incident has since been released, and, according to the MTN Chairman, other security agencies like the Ministry of Security and the Chieftaincy of Military Intelligence and the Police are also aware of the proceedings of the case.

The case is being handled by UCC alongside CID Headquarters- Kibuli, according to MTN. “MTN (U) takes this criminal incident seriously and is working with the government of Uganda to establish the identity and motive of the perpetrators and bring them to account,” said Mbire.

Mbire has also dismissed reports that the facility was being used by some criminal elements for espionage activities.

“Contrary to various print and social media reports, MTN Uganda is not aware of any investigation into alleged breach of national security involving it or tax evasion on its part,” said Mbire. “MTN (U) is committed to collaborating with the Uganda Police and other security agencies as they investigate this incident.”

Tech events to look out for this week

A letter to my President on OTT tax