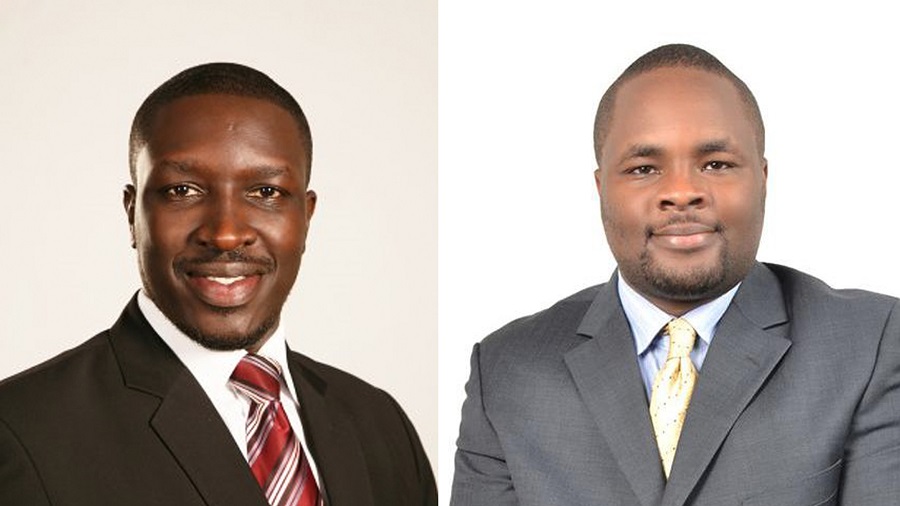 Ok. Let’s go down this route. I had refrained from it, for professional reasons, but @Morhonnie, in his wisdom, has taken us down this lovely path. Let’s proceed.

It all started a few days ago, when the lawyer sent money via the MTN Mobile Money Service to a “lady in Bukomansimbi” meant to “assist with her father’s burial expenses”. But unfortunately, the lady did not receive the money, as it went to a wrong/unintended number.

Wonders never cease. I sent mobile money to a wrong @mtnug number yesterday. Called MTN immediately and a ‘reversal’ was ‘initiated’. Was assured that the funds would be credited on my account ‘within 24 hours’ 1/3

To recover the money, Dr. Kabumba decided to contact the MTN, and the customer service advisor told him that MTN guidelines stipulate that when such an incident occurs, the customer is supposed to give them “a 24-hour window for them to try to contact the ‘wrong recipient’.”

@mtnug’s Mr. Ronald Muwaya said that, according to @mtnug Guidelines, a 24 hour window had to be allowed to allow @mtnug to try to contact the ‘wrong recipient’.I then enquired as to what would happen at the end of this 24 hour window. @Morhonnie @UCC_Official #MTNUgandaMweddeko

Not quite satisfied with the feedback, he “enquired” to know what would happen in case there is no response, citing an example where the wrong recipient deliberately refuses to answer. He was then told that “We just have to wait”.

His response was, and this is a direct quote, from my notes: ‘We just have to wait’ @mtnug @MTNza @Morhonnie Apparently, this is what the @mtnug guidelines stipulated! My next qn was as to what would happen if my call went through and the wrong recipient did not answer.

A lot of unconvincing responses as can be seen from the thread, according to Dr. Kabumba, came from the customer service personnel, prompting him to take the matter to Twitter.

This is a case study in corporate arrogance @mtnug. Just so you know, that money was intended for a young lady in Bukomansimbi whose father was buried on Friday. Do you respect her RIGHT to receive funds meant to assist with those burial costs?!! #MTNUgandaMweddeko @UCC_Official https://t.co/7YdPol4ukW

When he tweeted, MTN responded saying that for them to resolve such an issue, they must first contact the wrong-slash-unintended receiver, citing internal polices regarding consumer protection and recourse.

Section 12 of the Bank of Uganda Mobile Money Guideline 2013 also demands mobile money service providers to ensure that all transactions are transparent in order facilitate “customer trust and ensure protection of customers against abusive practices.”

A number of other tweeps took the reply section of the lawyer’s thread to also give vent to their previous frustrations with the MTN Mobile Money system, with some customers saying it had taken them weeks to recover their money.

Had a similar issue -it took them a couple of weeks to refund my money -and I diligently followed up 🤷🏾‍♀️ https://t.co/yt4Y4JDJqF

(All the claims made by particular individuals may not necessary be true since in some instances paid social media ‘influencers’ have been used to fight wars against other companies.)

Speaking to SautiTech Monday morning, MTN Uganda Manager for Corporate Communications, Val Okecho acknowledged that there was a bit of unpreparedness in the way their customer service personnel handled Dr. Busingye Kabumba’s complaint but insisted that the guidelines and processes that have been set to deal with grievances regarding mobile money transactions have to be followed whether they are “unfair” or “not right”.

According to Okecho, when a person contacts MTN that he or she have sent money to an unintended number, “the customer care adviser lodges in a complaint” and “the checks are made to see if you indeed sent the money to a wrong number.”

When the company finds that your complaint is true, the wrong receiver is “blocked” from withdrawing that money “until it has been reversed to the rightful owner.”

Unlike ordinary transactions where a person is charged for sending money, in this case, he said, the wrong receiver does the transaction “usually at zero cost.”

But “in the event that somebody reports that money to us late and the money is already withdrawn,” Okecho clarified, “there is nothing much we can do.”

He says they can’t follow up the process after the wrong receiver has withdrawn the money because they do not have the “legal authority to compel a person to refund that money.”

He compared it to “being robbed at an ATM”, implying that the bank is not responsible for that.

When the person deliberately refuses to handover the money, MTN, according to Okecho, advises the customer to petition the courts of law, arguing that “the money doesn’t first of all belong to MTN … We are only a medium through which the money moves.”

The case in this case is fraud or obtaining money by false pretense.

While mistakes in mobile money transactions continue to happen, telecom operators argue that they have taken steps to improve the interface the customers use when sending and receiving money in order to avoid fraud among other related financial criminal activities.

For instance, during a transaction, a mobile money user is provided with several prompts, among which they are able to see the name of the person they are sending the money to.

And, according to Okecho, customers are advised against using a third party to send money. But even when sending money through a mobile money agent, they allow you to check the name of the receiver.

Okecho insists that they can’t have control once the wrong receiver has received the money, and when asked what they can do for the victim, he said that “we can guide … we can offer guidance and support, but clearly that is now beyond us.”

According to the guidelines set for telecom operators in 2013 by Bank of Uganda and Uganda Communications Commission (UCC) to operate the mobile money service, in the event that the customer is not satisfied with how their complaints where handled they can petition the central bank or launch a lawsuit.

Dr. Kabumba seems to be opting for the latter. In another thread posted after receiving his money on Monday at 10:01am, he said that he was ready for “a constructive dialogue with” MTN “aimed at generating a more constructive/rational policy framework for handling erroneous mobile money transfers.”

He added that he would give MTN up to Friday 1st June 2018, and if they haven’t responded by then, he wrote, “I will have no option but to explore legal means for more systemic redress using (some of) the law I have now spent close to two decades studying.”

@mtnug ~ I am happy to have a constructive dialogue with you, aimed at generating a more constructive/rational policy framework for handling erroneous mobile money transfers @Morhonnie My door is open, in this regard, until Friday 1st June 2018. @MTNza @UCC_Official #MTNMweddeko

Most mobile money network operators seem to all have the policy of asking the customer to forward the matter to court once the wrong receiver has already withdrawn the money and refuses to resend it, according to multiple officials we talked to.

But on the issue of having to contact the wrong receiver before it is removed, an Africell official said they only do that when they find out that the receiver has received money from the complainant before. But if it is a first, they instantly remove it, citing an issue of a customer rushing to withdraw it once they are alerted.

When contacted about the matter, Ms Faith Bugonzi, the Airtel public relations manager told us to send her an email, but she had not responded by the time of publishing this story.

Dr. Kabumba says that his decision to move to court is prompted by the fact that he knows there are some people who may not have the “privileges” he exploited to get his issue resolved.

I am under no illusions regarding the circumstances under which I appear to be one of the ‘lucky’ Ugandans to recover money erroneously sent via @mtnug mobile money!I know I enjoy a degree of privilege,and that the real ‘muntu wa wansi’ would not be as ‘lucky’ @mtnug #MTNMweddeko

Kabumba was able to recover his money because MTN contacted the wrong receiver before he withdrew it, according to Okecho.