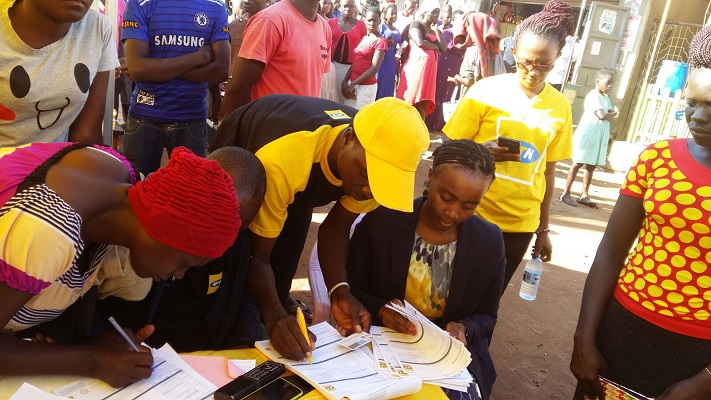 Uganda Communications Commission (UCC) recently announced a new sim card verification exercise, sparking an uproar from the public since a similar program had been carried out before.

Seeing the confusion, UCC recently clarified on who will be affected by the new exercise.

In a recent interview with NTV Uganda, Ibrahim Bbossa, the spokesman for UCC said that the exercise is meant for people whose names were used to register multiple sim cards and those whose information doesn’t tally with what telecom operators have.

“For example, people who have multiple sim cards registered in their names, we need you to confirm that those are actually your sim cards because we have fraud that has happened in that area before,” he added.

“We have people who’ve submitted names initially but this does not compare with the national identification number that’s held with you or some people whose status has actually change altogether.”

According to Ibrahim Bbosa, the new sim card verification exercise is aimed at updating information of mobile subscribers in Uganda, considering how sim cards are now becoming a powerful tool in the digital economy.

“Ideally, we’re updating already existing information and it’s only a small of subscribers who are being called on to be able to provide this kind of verification. So, this is not something for everybody,” he said.

If you are among individuals that are to be affected by the exercise, you’ll soon get a notification from your service provider. For instance, the message from MTN Uganda reads:

“Y’ello. You have more than one number registered under your NIN. Please visit any MTN Shop or Duuka with your National ID to confirm them.”

According to Ibrahim Bbossa, those who deliberately refuse to comply with the program will face the law as provided in the Uganda Communications Act.

“We expect that every Ugandan today appreciates the importance of a sim card and the value the sim card brings. First is the issue of security but also the kinds of services we are now offering on sim cards,” he said.

“The Uganda Communications Acts under Section 56 provides two instances when you can be denied service: one is for non-payment of bills and the other is for a just cause. So, if after repeated requests for you to come and verify, to update your sim card registration, especially we also have people who sent in NINs before April 2018 and never update this through biometrics, those people are also required to come and update with the biometrics.

“Failure to do that, you’ll definitely incur the issues of the law whereby Section 56 could warrant that services be denied to you for a just cause.”