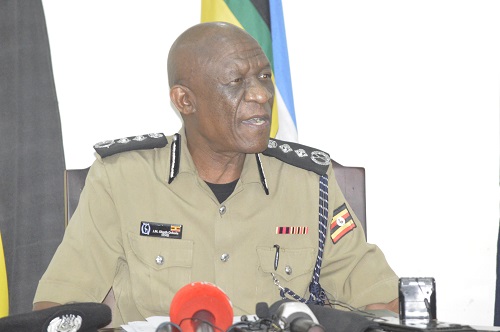 The Uganda Police Force has rolled out phone lines to boost community and police engagement.

According to the Inspector General of Police (IGP) Okoth Ochola, fixed counter telephones have already been set up in all police stations and posts throughout Kampala Metropolitan Policing Area.

The police phone lines, according to the IGP, will be available on a 24/7 basis.

Ochola in a statement cautioned police officers across the country to ensure that the numbers are availed to all members of the public.

He added that the new police phone lines will enhance other services that have been available like the National Emergency Call center lines, Operational telephone services with the various commanders countrywide and the Toll-free lines in the various units.

“The Counter telephone numbers, Toll-Free Lines and the operational numbers will be displayed at various Counters/ Receptions in all stations and posts and will also be availed on the Police website,” Ochola said in a statement.

Must read: Counterfeit ring busted at Opportunity Bank in Kampala

Working with the Uganda Communications Commission, according to Ochola, police is also trying to fix the National Emergency Call center (999 and 112), which has been having challenges.

IGP Ochola has said that in the coming period the counter police phone lines will be unveiled to the other parts of the country.

“… meanwhile we call upon the members of the public in areas where the Counter fixed phones have not been installed to utilize the existing operational phones and the Toll-free lines,” he added.

You can check out the list of the police phone lines here.

PIN vs pattern vs thumb vs facial: What’s the best way to protect your Android phone?